Giant petrels are among the most fearsome of the Southern Ocean's predator-scavengers, being notorious for their size, strength and ruthless behaviour.

Well known for their opportunistic feeding behaviour, they are unique among procellarids for feeding both on land and at sea. On land they feed on carrion, often preying or scavenging at the colonies of seals and penguins. Famed for their aggression, they will often kill other seabirds – penguin chicks, as well as sick or injured adults, are favourite prey items, while they are also known to feed on albatross chicks.

However, it was long assumed that fit and healthy adult albatrosses were not targeted by giant petrels – but new research, published in Polar Biology, documents this harrowing behaviour for the first time. 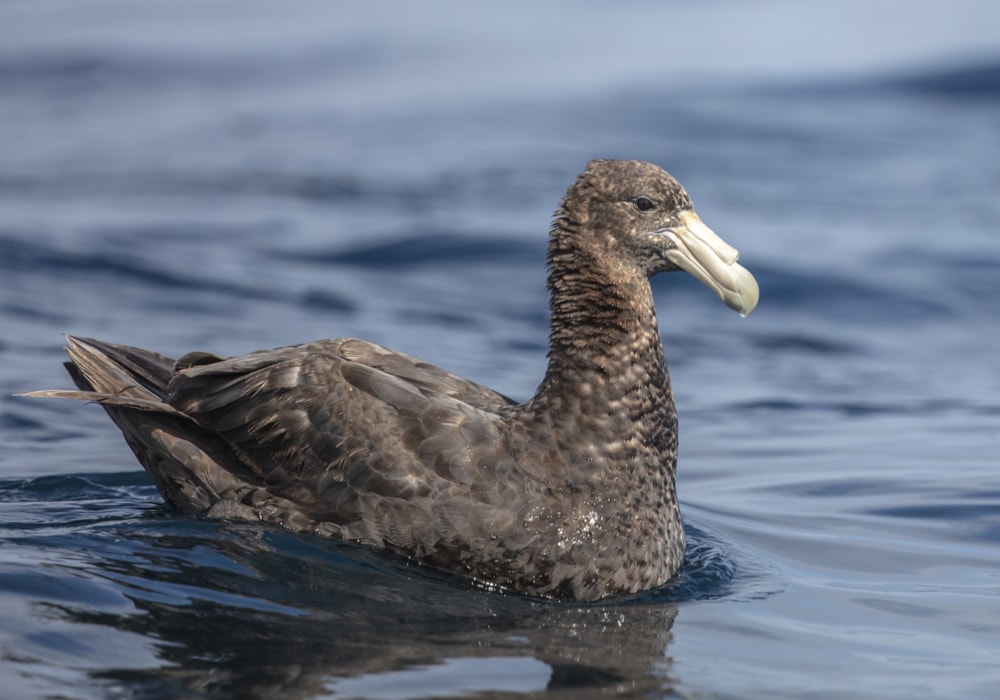 Southern Giant Petrel is one of the Southern Ocean's most formidable predators (David Tattersley).

Video footage, obtained by cameras set up by the researchers and published alongside their findings, shows Southern Giant Petrels attacking and killing incubating adult Atlantic Yellow-nosed Albatrosses at their nests on Gough Island, in the southern Atlantic Ocean.

From 2017 to 2019, a total of 87 adult albatross carcasses were found near nests within long-term monitoring areas. In 2019, 16 motion-activated cameras filmed 32 nests between September and January, during incubation up until chicks were no longer guarded by their parents. Camera footage revealed at least six different male Southern Giant Petrels independently attacking 11 incubating Atlantic Yellow-nosed Albatrosses, killing and feeding on five of those. Furthermore, a Southern Giant Petrel was observed attacking a brooding Atlantic Yellow-nosed Albatross and carrying its chick away.

Breeding success as the camera-monitored nests was just 18.75%, with nest failure due to parent mortality (six cases), chick mortality (three) and nest abandonment (17), with giant petrels being confirmed or strongly suspected in at least 14 of these 26 cases.

Although such attacks were noted in only two of 11 study areas, it remains unclear whether this behaviour occurs elsewhere on Gough Island, or whether it is a novel hunting method learnt by a few individuals.

However, if this behaviour spreads across albatross colonies, the resulting increase in adult mortality could have a significant impact on populations of Atlantic Yellow-nosed Albatross, a species which is already classified as Endangered.