A new study has profiled the surprising predatory antics of a giant centipede species in the South Pacific, which feeds on an unusually large proportion of vertebrate animals – including seabird chicks.

As large marine predators, seabirds usually sit at the top of the food chain. But the research, published in The American Naturalist, demonstrates this isn't always the case.

On Phillip Island, part of the South Pacific's Norfolk Island group, the Phillip Island Centipede Cormocephalus coynei population can kill and eat up to 3,700 Black-winged Petrel chicks every year.

This centipede can grow to almost 30 cm in length. It is armed with a potent venom encased in two pincer-like appendages called forcipules, which it uses to immobilise its prey. Its body is protected by shield-like armoured plates that line each of the many segments that make up its length. 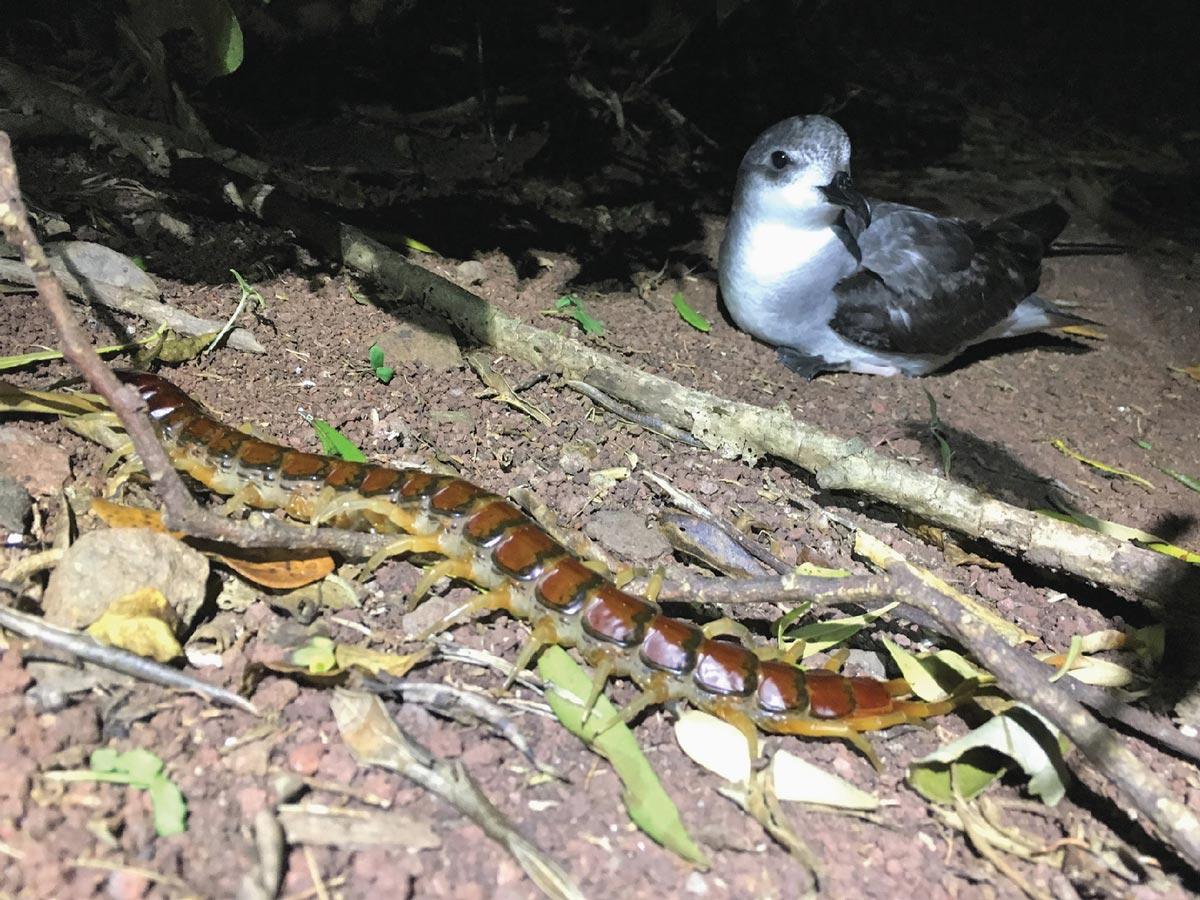 The centipede hunts an unexpectedly varied range of quarry, from crickets to seabird chicks, geckos and skinks. It even consumes fish dropped by Black Noddy, which nest in the trees above.

Despite the heavy toll taken by the centipedes each year, the 19,000 pairs of Black-winged Petrel breeding on Phillip Island appear resilient to such levels of predation, and the researchers describe it as "an entirely natural predator-prey relationship", adding that "in some sense, they've taken the place of predatory mammals, which are absent from the island".

Up until just a few decades ago, Phillip Island Centipede was very rare and was only formally described as a species in 1984. After an intensive search in 1980, only a few small individuals were found. The species's rarity at the time was most likely due to severely degraded habitats caused by pigs, goats and rabbits that were introduced by humans.

The removal of the invasive pests enabled Black-winged Petrel to colonise Phillip Island. The petrel population has since exploded and are now the most abundant of the 13 seabird species that breed there.

The petrels provide a high-quality food source for the centipedes and appear to have helped the invertebrate's population to recover.