Getting the picture - underwater! 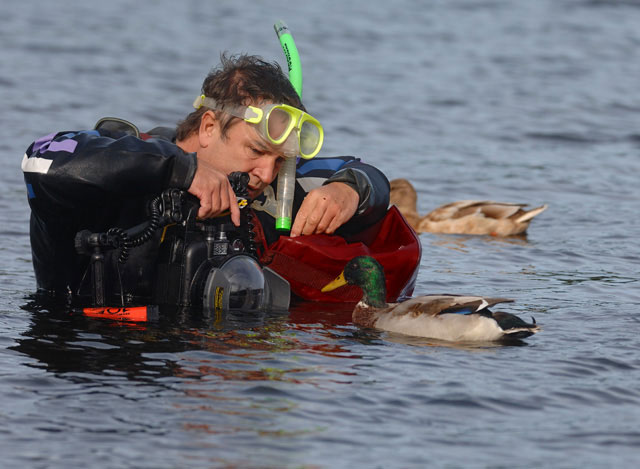 I have been trying to photograph birds from alternative viewpoints, in action and in portrait, attempting to capture aspects that are not often seen. There are some fantastic images of swans and ducks out there, but I wanted to try something different. For me an image of a Mallard sitting on a bank, or on the water, is literally only half the picture. What about the bits you don't normally see, except in flight: the bottom half! Ducks and swans don't feed on the water, they feed in or beneath it, so I wanted to capture what goes on under the surface. As a photographer, but also a diver, the progression was natural. I started by taking photos of gulls, with a 35mm Nikonos compact film camera, with limited success. I needed digital. When an underwater housing became available for the Nikon D200 I had the solution. Now all I had to do was take the photos. 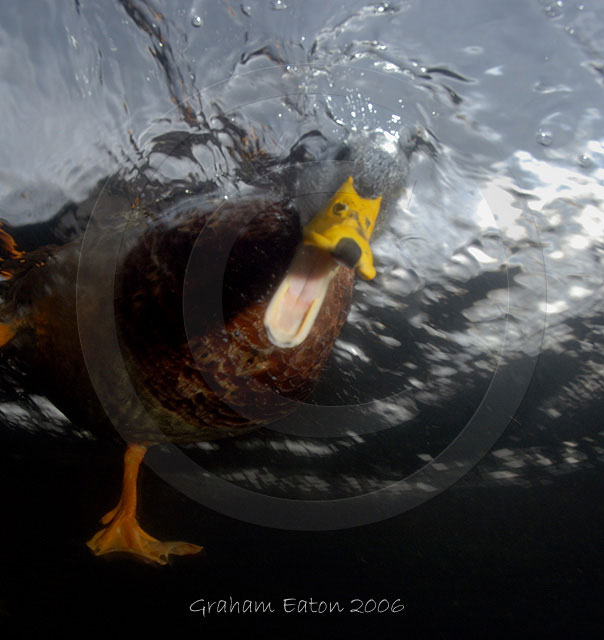 Getting close to your subject is essential; even in the clearest water, flash or strobe lighting falls off very quickly. Having found a location with fairly clear water and relatively tame Mallards and swans, I made five visits to the lake. Each time I spent up to three hours in the water, letting the birds get comfortable with my presence and slowly getting them to approach me. When I had a Mallard pecking at my drysuit, I thought "brilliant — that's the difficult bit over, now I can concentrate on the photos". I took the photos early in the morning when the lake surface was calm and before the rowing boats could run me over! For underwater photos in the UK, even in very clear shallow water, you need flash or strobe lighting. In the clearest water backscatter caused by flash reflecting back off suspended particles is a problem. To counter this I used two strobes, and here is where the digital setup made the job so much easier. I could instantly see the results of test lighting in the viewfinder, and could re-position strobes, adjust power from either or both, change aperture, etc. 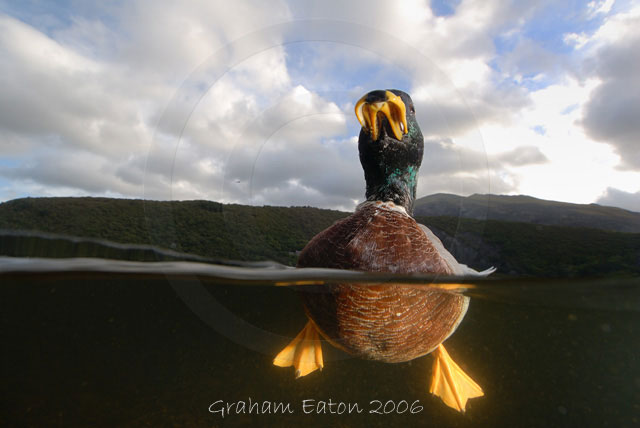 The half-in and half-out shots are more difficult. Again, with the ability to review the tests, it is made easier with digital. Focal range in and out of water is different, so you either have to use an aperture small enough to provide focus above and below the water, at the correct focal length, or use a split-field dioptre (difficult and not practical when you are constantly changing from surface to underwater). With strobes you are tied to relatively normal shutter sync speeds, so correct lighting becomes essential, particularly to balance above and below water lighting; the difference between the two can be 4 or 5 F stops. Once the lighting was solved, I started taking the pics, with some rule-of-thumb setups in my head, so I could quickly change from surface to underwater for a particular shot. 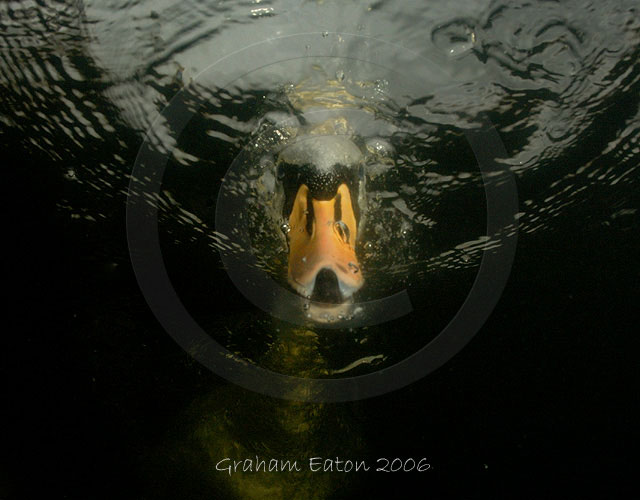 To attract the birds to my position I used models. The models behaved admirably throughout the sessions, particularly the swans, even to the extent that one particular male kept displaying to ward off other inquisitive birds, which gave me some really pleasing close-ups. The view upwards at a swan displaying less than 2 feet from me is one I won't forget. The only casualty was damage to the delicate dome port, which had to get re-polished following some pecking by a Mallard at its own reflection.

I am still looking to improve the images that I have acquired, but I am pleased with the results so far. 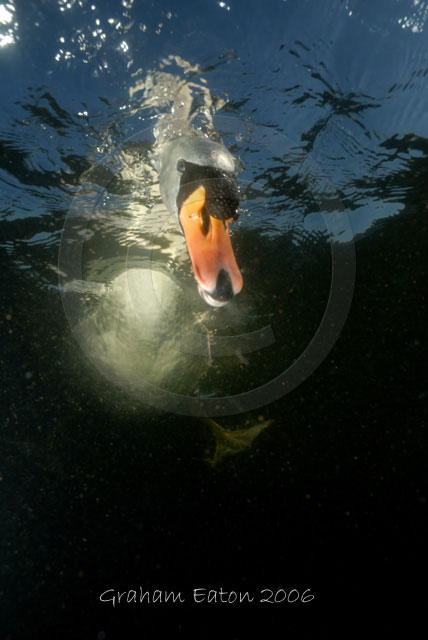 To see more of Graham's images, visit his website at www.eatonphotography.co.uk.
Written by: Graham Eaton