Ornithologists have discovered a previously unknown spring migration route taken by a Blue-and-white Flycatcher between its winter territory in the Philippines and breeding grounds in Russia.

The migration routes of most East Asian landbirds, especially passerines, are still unknown, despite a contemporary increase in tracking efforts. Recent studies have documented two main migration corridors for songbirds: a mainland route connecting the Russian Far East with mainland South-East Asia, and an island route connecting Sakhalin, Kamchatka and Japan with the Philippines and Indonesia. 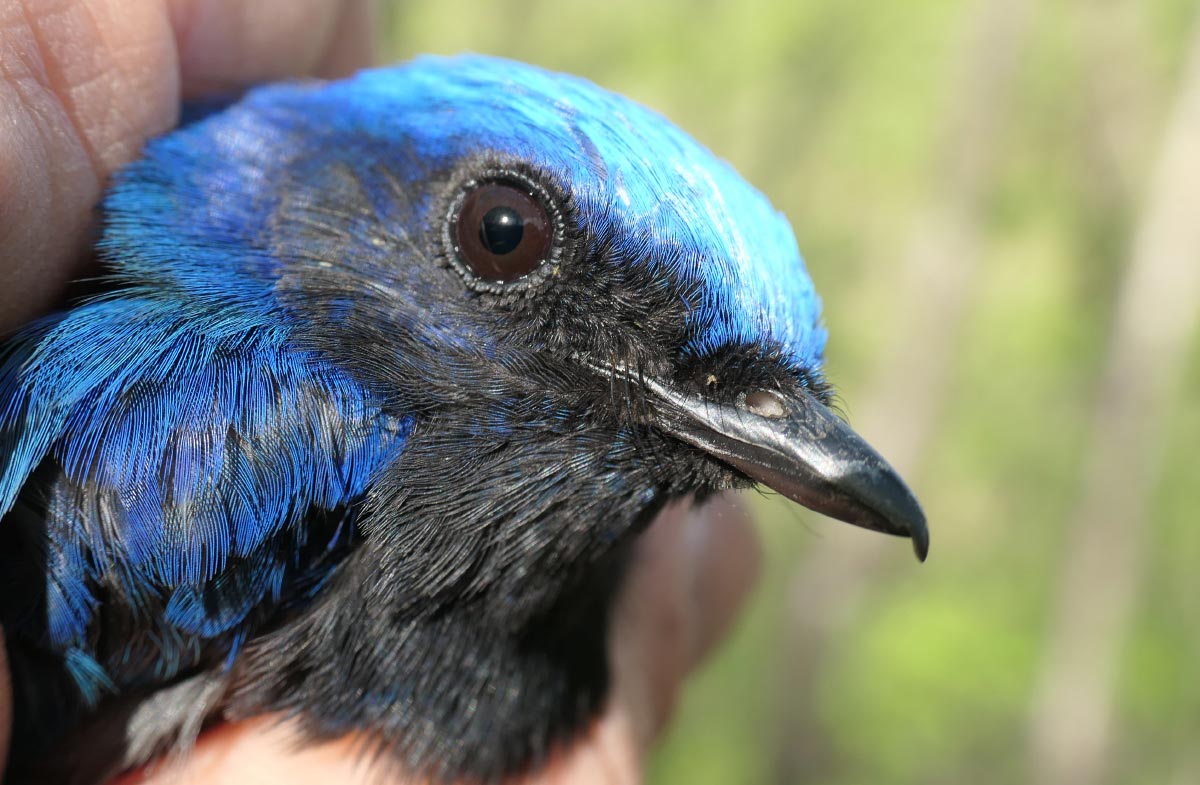 The Blue-and-white Flycatcher was one of six males fitted with geolocators in the Russian Far East in summer 2018, but was the only one to be re-caught the following summer.

On downloading the data from the tag, the researchers were in for a surprise. The bird had followed a previously unknown route from its wintering grounds on Mindoro, Philippines, through Taiwan, the Chinese east coast and Korean peninsula – a journey that differed from all recently tracked songbirds in this migration system which spend the non-breeding season in tropical South-East Asia.

The tag revealed that the bird spent approximately five months in the Philippines before commencing spring migration on 26 March 2019. Surprisingly, the bird performed a stopover of almost a month in eastern China between 31 March and 25 April before eventually reaching breeding grounds on 7 May.

The researchers speculate that this extended stop in China might be linked to the Philippine dry season, writing that "Blue-and-white Flycatchers may be forced to leave their non-breeding sites well before the conditions are favourable at their temperate breeding grounds, as feeding conditions might deteriorate towards the end of the dry season in the Philippines, if insect abundance decreases".

By providing the first direct evidence for songbird migration from mainland Russia to the Philippines, the researchers say that their tagged Blue-and-white Flycatcher highlights the importance of tracking little-known and secretive species. They also suggest that inferences on the species's migration pattern from one individual's journey should be done with caution and therefore further research is required to establish whether the corridor is used generally by the species. 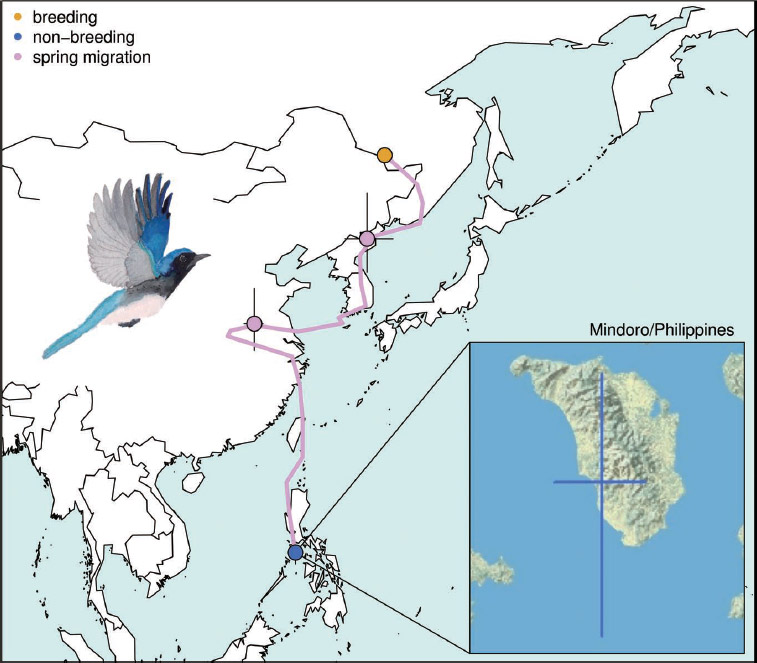 Spring migration route of a Blue-and-white Flycatcher from its non-breeding site on Mindoro Island, Philippines (see inset), through China and the Korean Peninsula to its breeding site in the Russian Far East (Wieland Heim et al).