A newly published study suggests that Steller's Eider evolved through hybrid speciation – the process where hybridisation between two different species ultimately leads to the creation of a new species.

Once considered a relatively minor player in speciation, recent studies have shown that gene flow is in fact an important evolutionary process. Even limited gene flow can have a profound impact, with its effects ranging from reinforcing species barriers to complete species breakdown, in which one (or both in the case of a hybrid swarm, such as what is happening in the modern day with Kumlien's Gull) of the 'parent' species is lost entirely. 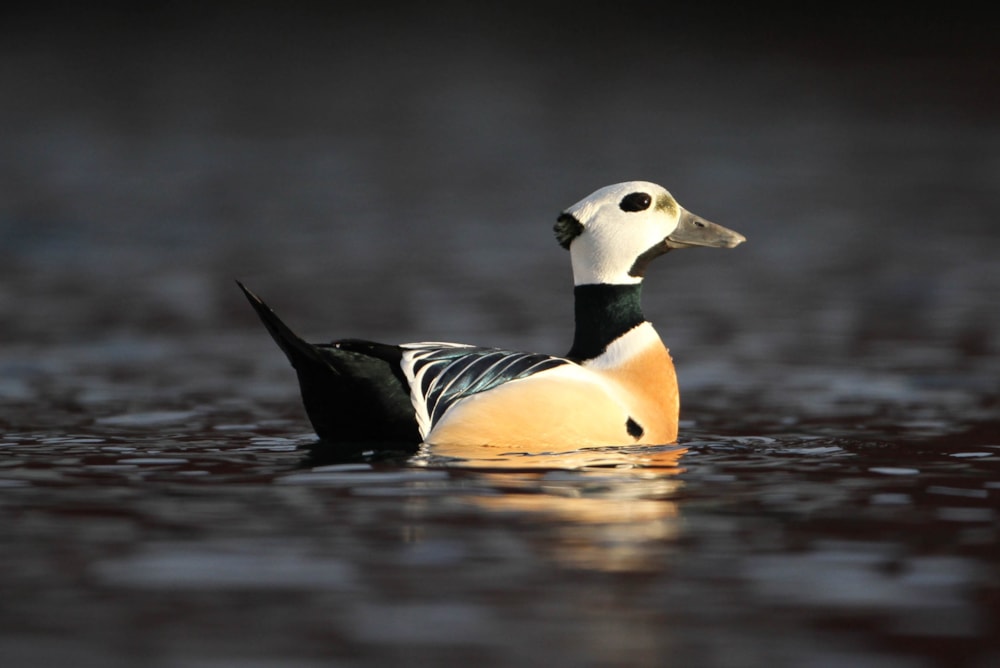 Steller's Eider is widely lauded as one of the world's most beautiful ducks, although new research suggests the species we know today has hybrid origins (Jon Mercer).

While modern-day hybridisation between seaduck is rare, it is not unknown – 13 different species pair hybrids have been recorded – but the study shows that the impact of gene flow on the evolution of the tribe has been fairly minimal.

However, there was one notable exception. The research provided evidence that an ancestral gene flow event between Long-tailed Duck and true eiders occurred, which resulted not only in the movement of genetic material into the former species but, much more significantly, appears to have potentially resulted in the origin of a new species – what we today call Steller's Eider.

The authors conclude by saying that further surprising examples of the impacts of inter-species gene flow will undoubtedly come to light as genetic sequencing technologies and associated analytical techniques become more readily available.