A team of researchers has described the first known hybrid bird species to be found in the Amazon rainforest.

Through a series of genetic and other tests the team, from the University of Toronto Scarborough, have revealed that Golden-crowned Manakin – first discovered in Brazil in 1957 but not seen again until its rediscovery in 2002 – is in fact a hybrid species.

A hybrid species forms when two parental species mate to produce a hybrid population, which then stops being able to freely interbreed with the parental species. A more familiar example to European birders is the case of Italian Sparrow, which came into existence through interbreeding between Spanish and House Sparrows. In the case of Golden-crowned Manakin, the two ‘parent’ species are Snow-capped Manakin, named for its bright snowy-white crown feathers, and Opal-crowned Manakin, which has brilliantly iridescent crown feathers. 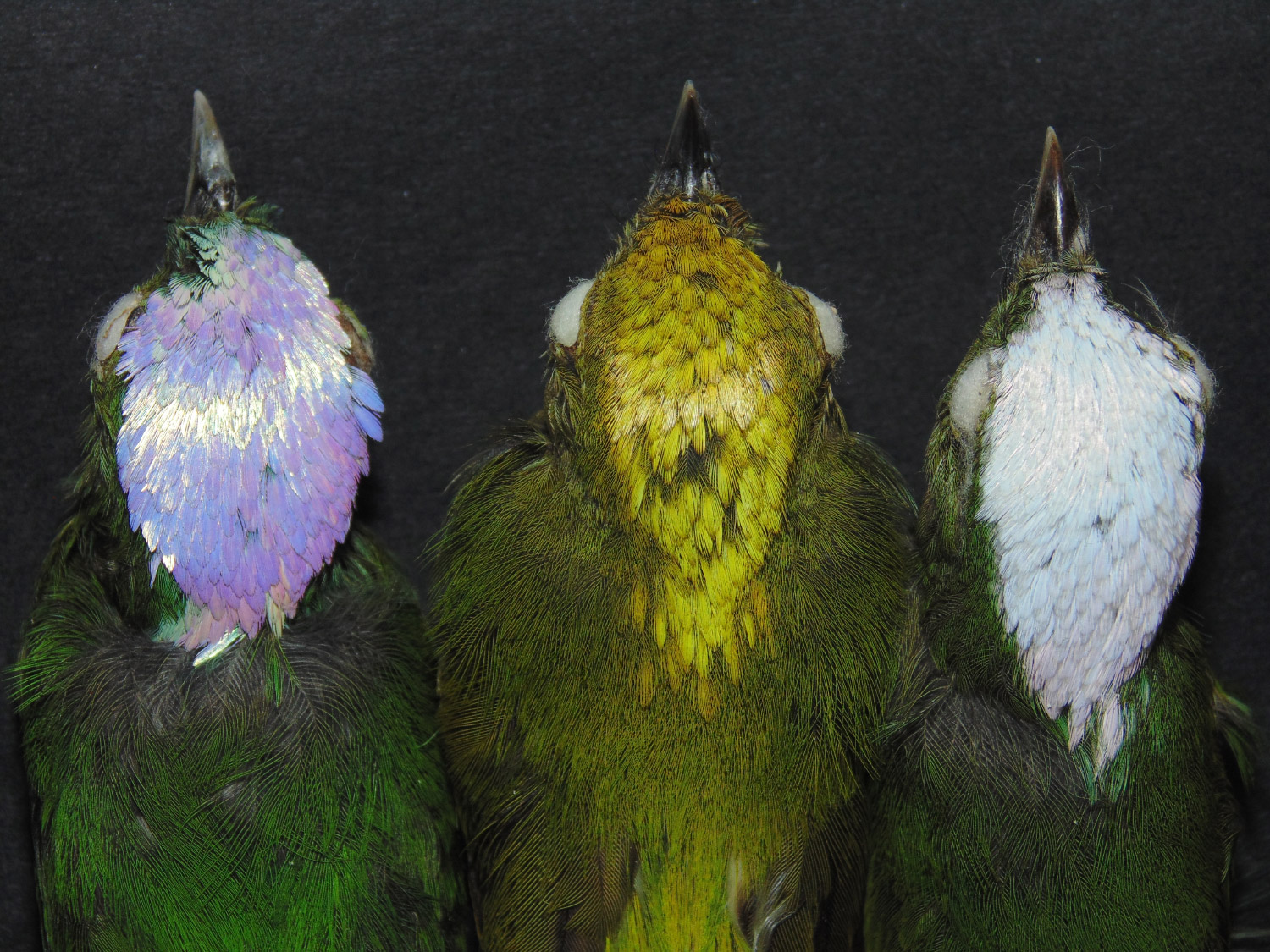 Weir and his team, which included lead author and former graduate student Alfredo Barrera-Guzman, gathered genetic and feather samples over two separate field trips to Brazil. They were then able to sequence a large portion of Golden-crowned Manakin's genome, including 16,000 different genetic markers, finding that about 20 per cent of its genome came from Snow-capped, and about 80 per cent came from Opal-crowned.

The researchers also used a method known as coalescent modelling to ascertain at what point Golden-crowned split off from its parental species. They determined that the two parent species first started breeding together around 180,000 years ago, and that both parents had originally diverged from a common ancestor about 300,000 years ago, making all three very recent species by Amazon rainforest standards.

"Most Amazon bird species diverged from their most recent relative around 1.5 to 4 million years ago, so these are all young birds by comparison" explained Weir, an expert on New World avian biodiversity.

Male Golden-crowned has unique yellow crown feathers that are much duller than either parent species. To learn more about this unusual characteristic, the researchers used an electron microscope to take a closer look at the keratin structure of the crown feathers of in all three manakins. The two parent species each has very different structural arrangements of keratin, which is responsible for creating the highly reflective colours that help males display to females in the dark rainforest interior. In the case of Golden-crowned, they discovered it had a mix of keratin structures from both parental species.

Golden-crowned Manakin ended up with an intermediate keratin structure that does a poor job of making either the brilliant white or the reflective iridescence of the parental species. It likely had duller white or grey feathers early on in its existence as a result of its keratin structure, but eventually evolved yellow feathers as an alternative way to attract females. The end result was a uniquely coloured species.

Golden-crowned manakin is found in an area of the south-central Amazon Rainforest that is approximately 200 sq km in size and is largely separated from the ranges of both Snow-capped and Opal-crowned by wide rivers that the birds are reluctant to cross. As Weir points out, it likely owes its survival as a species to being geographically isolated from its parent species at some point during a past ice age, when rainforest coverage contracted and wide rivers formed natural barriers.

"Without geographic isolation, it's very likely this would never have happened because you don't see the hybrids evolving as separate species in other areas where both parental species meet."

While hybrids of two species do occur occasionally in the wild, it is quite rare that such individuals or populations go on to evolve into a different species with its own unique characteristics. As Weir noted, "this is what makes Golden-crowned Manakin such a novel animal."