New research has found that White-browed Shortwing (Brachypteryx montana) actually consists of at least four different species, rather than the one it has been treated as until now.

The White-browed Shortwing complex is found widely from the central Himalayas to the south-east Chinese mainland, Taiwan, the Philippines and Indonesia. Fourteen subspecies are generally recognised, and it has been recently suggested that several of these should to be treated as separate species based on differences in morphology and songs.

The study, led by Dr Per Alström and published in Avian Research, focused on three taxa found on mainland Asia and the island of Taiwan. Investigating plumage, morphometrics, song and mitochondrial and nuclear DNA, in addition to geographical distributions, their work backed up other recent findings, concluding that the two mainland Asian and single Taiwanese taxa as should be recognised as three distinct species, separate from B montana. They are: B cruralis (central Himalayas to south-central China and south Vietnam; 'Himalayan Shortwing'), B sinensis (north-central to south-eastern mainland China; 'Chinese Shortwing') and B goodfellowi (Taiwan; 'Taiwanese Shortwing'). Hereafter each taxa is referred to using the proposed English names listed above. 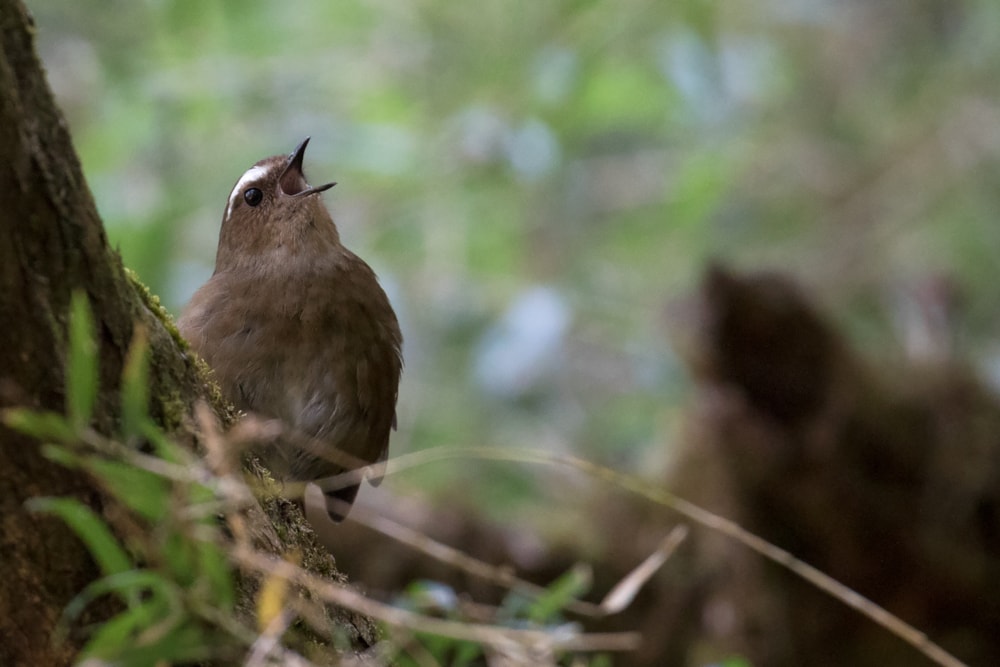 As well as exhibiting differences in vocalisations and DNA, Taiwanese Shortwing differs from both Chinese and Himalyan in that it is monomorphic; males, like this one, posess a brown, 'female-like' plumage (Josh Jones).

Comparison of adult males of a) Chinese Shortwing and b) Himalayan' Shortwing. Note how male Chinese is overall paler grey, with grey rather than black lores, plus a paler (rather than dark) upper throat (Per Alström).

Sound recordings were obtained of 57 individuals of the three taxa and analysis of these, plus further recordings sourced online, revealed significant differences in their vocalisations. The song of Himalayan Shortwing was drawn out, high pitched and possessed an undulating quality. By comparison, Chinese Shortwing's song is on average shorter and lower pitched. While the song of Taiwanese sounds similar by ear to Chinese Shortwing's repertoire, sonogram analysis reveals a quite different syntax and pattern.

Although Himalayan and Chinese Shortwings were previously considered to have widely disjunct ranges, Alström et al found the two taxa side by side at Wolong Nature Reserve in Sichuan Province, China, in May 2015. More specifically, a male of each taxa apparently even shared the same territory, as both were attracted to the same spot by playback of their own song but, interestingly, did not show any response to the other taxon's song. This suggests that the two taxa are breeding in sympatry, with no evidence of interaction, further strengthening the argument for treatment as separate species.

All analyses of DNA supported a sister relationship between Chinese and Taiwanese Shortwings, with Himalayan in turn being sister to these. The genetic divergences found were substantial, with estimated divergences dating back to the late Miocene to mid-Pliocene (around 4.1-5.7 million years ago).

While the study did not analyse the various Philippine and Indonesian taxa which also currently reside as subspecies of White-browed Shortwing, they are at least as different-looking from the three mainland and Taiwanese taxa as these are from each other, and other studies have recently suggested that they too are different species. It seems likely that further splits will follow in due course.