Musk Duck, a distinctive species of stifftail native to southern Australia, has been found to be able to imitate sounds including human speech, with one bird recorded repeatedly saying "you bloody fool".

The recent study, published in the journal Philosophical Transactions of the Royal Society B, shows that the species can imitate sounds including human speech – the first known example of any duck or goose species being able to do so.

Ripper, a drake reared in captivity at Tidbinbilla Nature Reserve near Canberra, Australia, was also recorded vocalising the sound of a door slamming shut.

It is believed that "you bloody fool" was a phrase Ripper likely heard repeatedly from his caretaker, although researchers are unsure how old he was when first exposed to it. The vocalisations were made during aggressive mating displays, while he was four years old at the time of the recordings.

Hatched from an egg and hand-reared, it is thought to be possible that Ripper was saying food. "I can imagine that the caretaker would jokingly say, 'Okay, here is your bloody food'", said researcher Professor Carel ten Cate of Leiden University in The Netherlands. 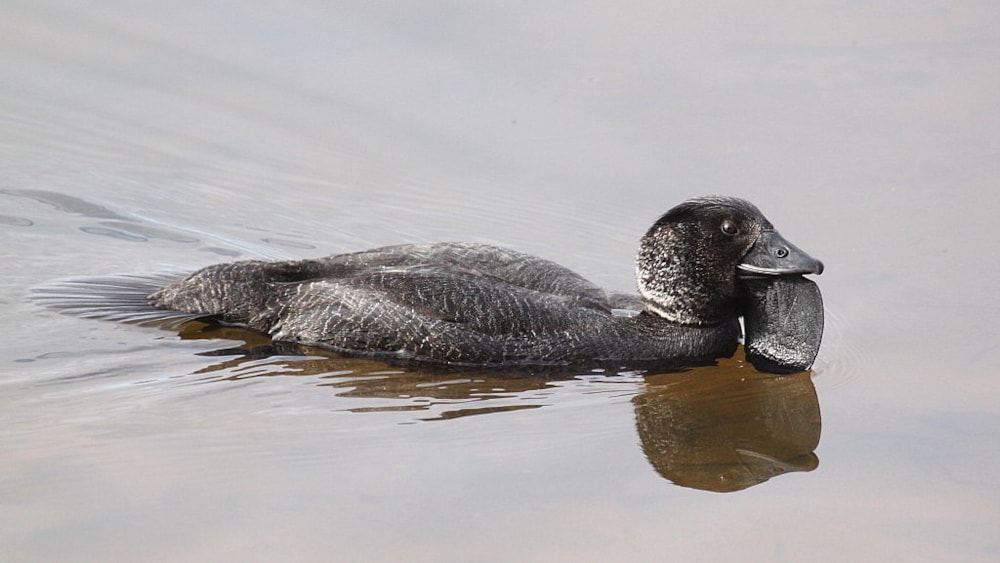 The drake Musk Duck is the first known example of any duck or goose species being able to mimic human speech (Clive Nealon).

The recordings were first made during the summer of 1987 by retired Australian researcher Dr Peter Fullagar, but only recently resurfaced thanks to Professor ten Cate, who came across them thanks to an obscure reference to a talking duck in a book on bird vocalisations.

A second bird, raised on the same reserve in 2000, learned to mimic the quack of Pacific Black Duck. Female Musk Duck don't perform vocal displays, so it is thought the young drake grew up to imitate the quacking black ducks around him.

Two other examples of parroting, captive Musk Duck raised in the UK later came to light, after discussions with other researchers. One at Slimbridge WWT, Gloucestershire, was observed reproducing "the characteristic cough of his birdkeeper and also of a squeak of a turnstile", while one at Pensthorpe Natural Park, Norfolk, had been heard "coughing and [mimicking] a snorting pony", according to ten Cate.

The findings provide evidence that Musk Dusk now joins certain parrots, hummingbirds, songbirds, whales, seals, bats, elephants and humans (but not other primates) as vocal language learners, meaning they acquire "utterances" based on what they hear as infants.

It is thought the captive-bred bird picked up the phrase "you bloody fool" from his caretaker (The Guardian).

Musk Duck form strong maternal relationships because the species reproduce in small numbers — which means mothers have more time to interact with their young. The species’ courtship process is also unusual among ducks, with high-pitched vocalisations thought to play a role in male-male competition. This may explain why hand-reared individuals form strong human connections with their caregivers and are more likely to mimic their behaviour.

Researchers concluded that the observations support the hypothesis that vocal learning in birds evolved in several groups independently. This is thought to be the case as ducks split off from the evolutionary family tree sooner than other birds, such as parrots and songbirds, and duck brains differ structurally from other birds.

"Vocal learning is a rare and special trait, so that makes this duck particularly special," said ten Cate.

"When I first heard these stories I thought, 'Oh this must be a really good joke'. But actually they come from respected scientists and birdkeepers, and the reports are very reliable."

It is hoped that the findings will inspire other researchers to analyse the species, with the potential for even more discoveries.