Some of the most beguiling British birds are those whose status shifts in front of our eyes; when species once considered rare vagrants become regular but still prized visitors to our shores. Indeed, the understanding that a bird once considered an accidental rarity here purposefully arrives from a distant land lends it a spine-tingling aura. Most of these stories involve passerines which predominantly winter in Asia and were once considered wind-blown waifs, but have revealed themselves to actively pass through western Europe: Yellow-browed and Pallas's Warblers and Richard's Pipit for instance. These changes seem to be linked both to an evolutionary shift in migration route and the modern surge in the number and awareness of observers.

White-billed Diver is one of just five species in the order Gaviiformes worldwide. It is without doubt the most alluring and enigmatic, being the largest and the most remote breeder. Its global population has been put at somewhere in the region of 16,000-32,000 individual birds, so it is something of a scarcity worldwide. It nests on the edge of the Arctic Ocean, in a band from Novaya Zemlya on the eastern reaches of the Western Palearctic in Russia through to Canada. While the respective beauty of each of the five exquisite diver species can be argued, the cleaver of a butter-coloured bill set against the spangled black and white plumage of a breeding adult White-billed makes it the most arresting on first sight, and I wouldn't mind betting it would be top of the group in a 'stunner' poll. 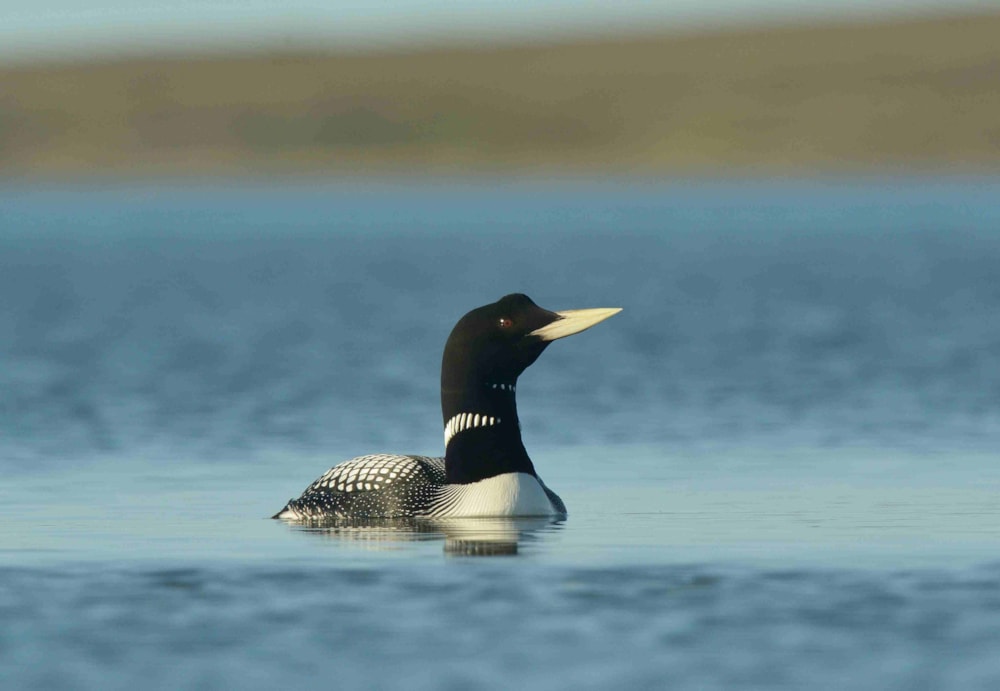 A breeding-plumaged White-billed Diver is an immaculate sight (Baz Scampion).

It's hard to believe now, with White-billed Divers being an iconic favourite among birders, but it took until the early 1800s for their existence to dawn on anybody – they had erstwhile been dismissed as ripe old male Great Northern Divers! Evidently from the start White-billed Diver has been a remote and mysterious bird. Little action was taken on these early suspicions and it was about 30 years later, in 1859, that the species was formally described from Alaska by George Robert Gray.

The first British record came in 1829 but was identified retrospectively. Better familiarity with the species resulted in 39 British records by 1973, with 30 of these since 1948. At this point, many of the records involved birds seen on the north-east coast in January and February but a pattern of spring records north of the Moray Firth was beginning to emerge, these already suspected of being spring migrants. An autumn passage off south-west Norway had been discovered and it was theorised that some might continue further south-west. A reasonable number of birds are involved in this movement, with 200 birds reckoned to have passed Skogsøy in 2005.

White-billed Divers were correctly understood to winter mainly in the Pacific but the western Russian birds, which migrate towards the Atlantic, weren't thought to stray beyond the Norwegian coast to flee the ice. Quite where the Norwegian movers were headed was uncertain, but it seemed plausible that some of these birds accounted for a run of Scottish May and June records, and so the view of White-billed Diver as a rare vagrant began to turn on its head. 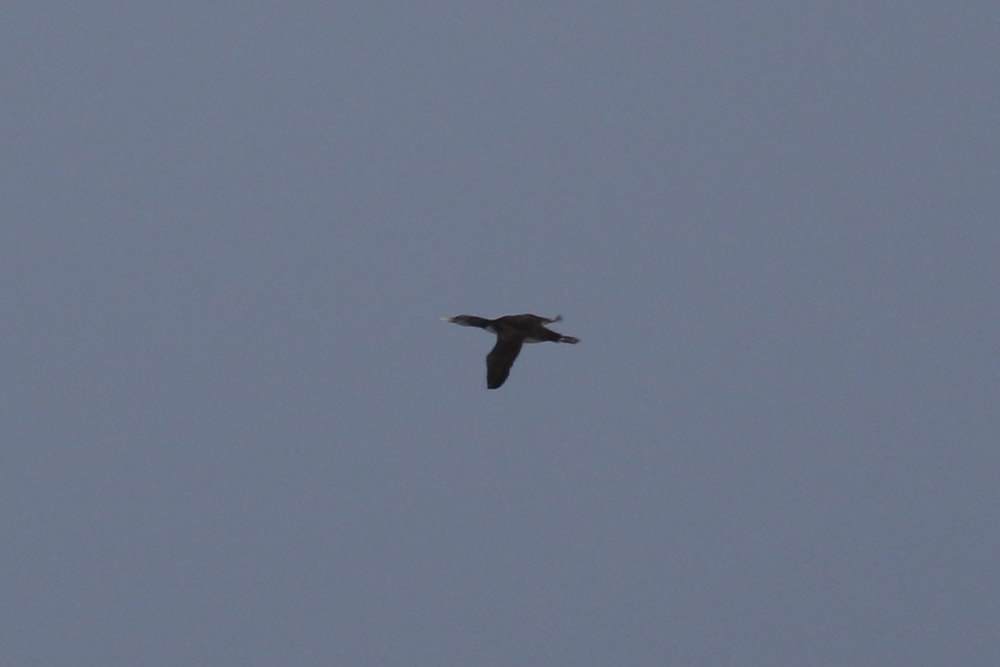 For many years, White-billed Diver was considered one of the most difficult-to-see birds in Britain, with distant fly-by views as good as could be expected for the fortunate few. This bird was photographed migrating past Newbiggin, Northumberland, on 29 October 2017 (Chris Barlow).

Notwithstanding the increasing regularity of sightings over the latter half of the 20th Century, White-billed Diver remained few, far between and difficult to see beyond the millennium. Indeed, BBRC accepted just four records in 2001, only removing the species from their list in 2008, and encounters with one of these wandering fragments of wilderness still required determination and luck. By this time, though, it was clear that earlier theories held true. The birds spilling out of Norway and occasional southern winter sightings tied together with the increasingly regular spring treat of seeing the species in Scotland and the pattern became clear.

Only this century has the scale of the White-billed Diver phenomenon become apparent and its status set as a scarce migrant, which is most numerous (and conspicuous) in spring. Our knowledge took a leap forward when a Red-throated Diver survey for a proposed windfarm off the Isle of Lewis turned up the welcome bonus of five White-billeds between the Butt and Cellar Head on 19 April 2003. This discovery inspired dedicated spring searches from 2004-07, covering the islands of Lewis and Harris, as well as certain stretches of north-west mainland Scotland yielding totals of 11 birds in 2003 and 15 in 2005.

Meticulous observations revealed that, while some individuals paused only for a day or two, others lingered longer if bound by the progress of their moult, sometimes in small loose groups of up to five or six birds. Most were adults but occasional immatures were identified. Considering the lack of records in Iceland and eastern Canada, it seems clear these birds are bound for Russia rather than the opposite end of their breeding range via the Atlantic.

A core area has become apparent along the north-east side of Lewis between Port of Ness and Tiumpan Head, more specifically Skigersta and the Butt of Lewis. Along with breeding Corncrakes and – given adequate conditions – incredible skua passage, this revelation means the Hebrides are now a spring centrepiece in British birding.

A lead to another White-billed Diver honeypot came when five were counted off Portsoy, Aberdeenshire, on 25 April 2011. Boat-based surveys revealed an astounding 13 in surrounding waters in spring 2013 and 10 in 2014. Portsoy has quickly become Britain's best mainland site; one has to ask: how long has this White-billed Diver staging been going on right under our nose? 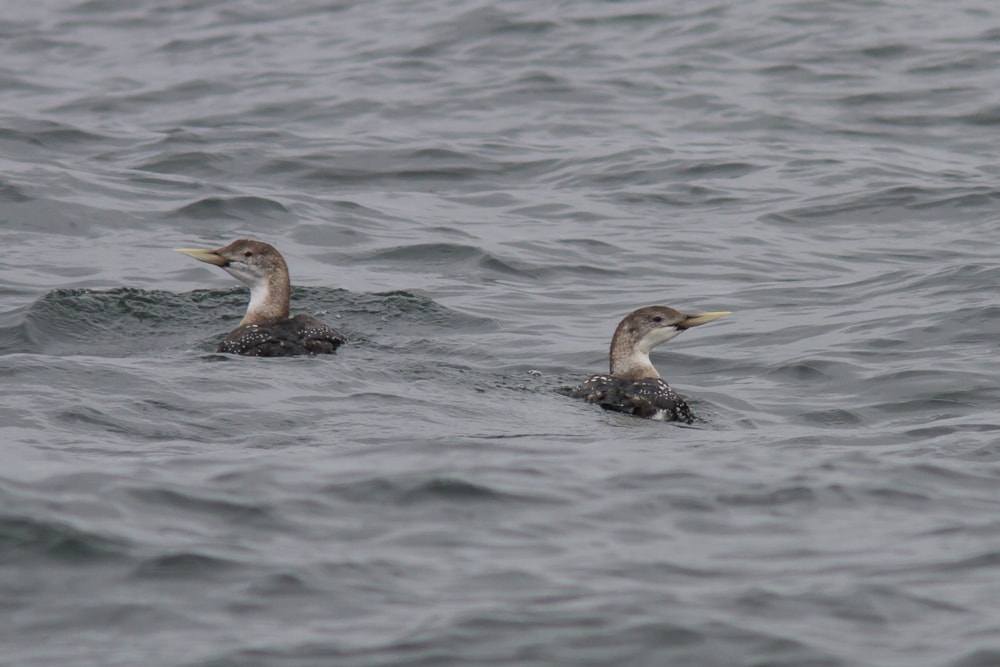 Prior to the early 2000s, seeing multiple White-billed Divers together in British waters was considered pure fantasy. It's now possible to see double figures off north Aberdeenshire, where these were photographed in early April 2015 (Jack Morris).

Tapping in to these Scottish hotspots helped significantly in bringing the 1958-2015 total to 524 birds. White-billed Diver otherwise remains rare in Britain, where any lingering singleton draws a crowd, and the species is gold dust in both Wales and Ireland.

White-billed Diver is an appreciably chunkier bird than Great Northern and its lifestyle reflects this, even during wintering and migration periods. Deep water draws them in to areas shunned by Great Northern Divers and often out of sight of birders.

All birds are compromised in one way or another when the time for their complete moult comes, and sometimes that can play into our hands as bird finders. In adult White-billed Diver, the post-breeding moult is only partial and it is the pre-nuptial moult which sees everything renewed, adorning the bird in its summer finery and providing it with fresh flight feathers. Even this hunk of a diver needs a bit of shelter when replacing its flight feathers and many of the birds we see stage off Scotland to undergo the process en-route to Russia. Their need for security pulls them closer to deeper waters inshore not used by many other seabirds, and perhaps not grilled by birders until recently. 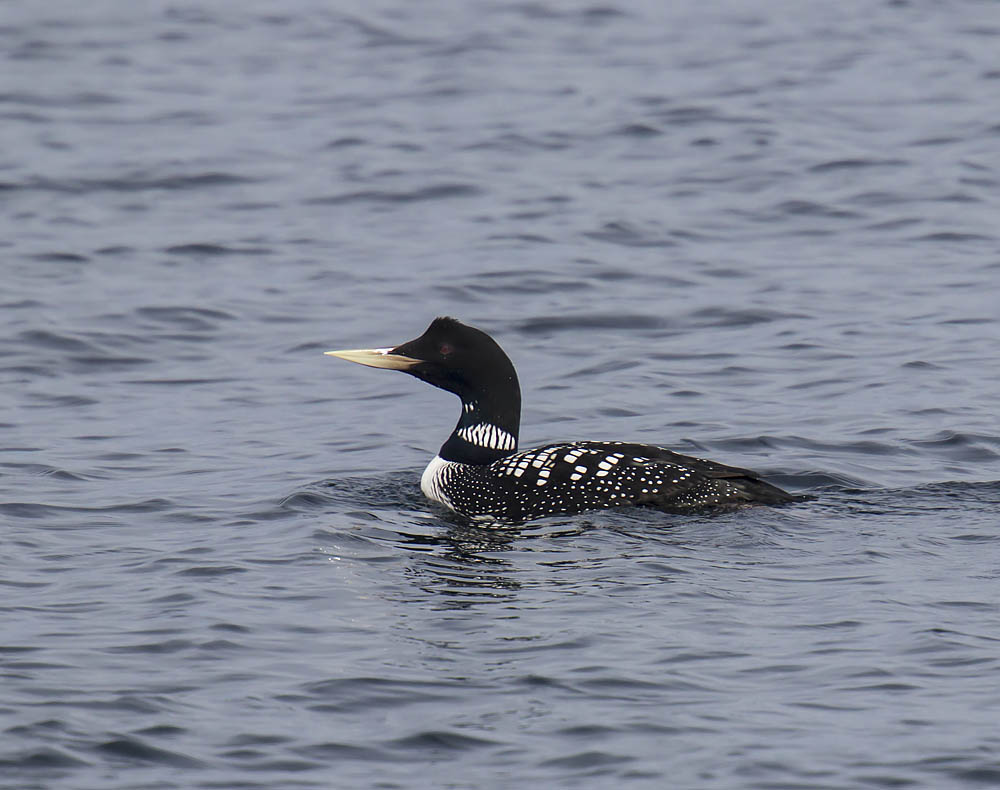 By early May, many of the White-billed Divers off Portsoy, Aberdeenshire, will be in full breeding plumage.This bird was photographed on 4 May 2015 (John Anderson).

Wing moult tends to be complete by mid-April and summer plumage fully assumed a couple of weeks after. This means April and May represent the prime window of opportunity for seeing passage migrants, although a few assemble offshore from late March. If you want the best chances of connecting, the north-east coast of Lewis or the north Aberdeenshire coastline would definitely be your best bet, but Shetland and Orkney host smaller numbers, sometimes affording nice views between the islands or from a vessel. Perhaps the picture is not yet complete; why not scour the Scottish coast speculatively for another White-billed Diver hot-spot? 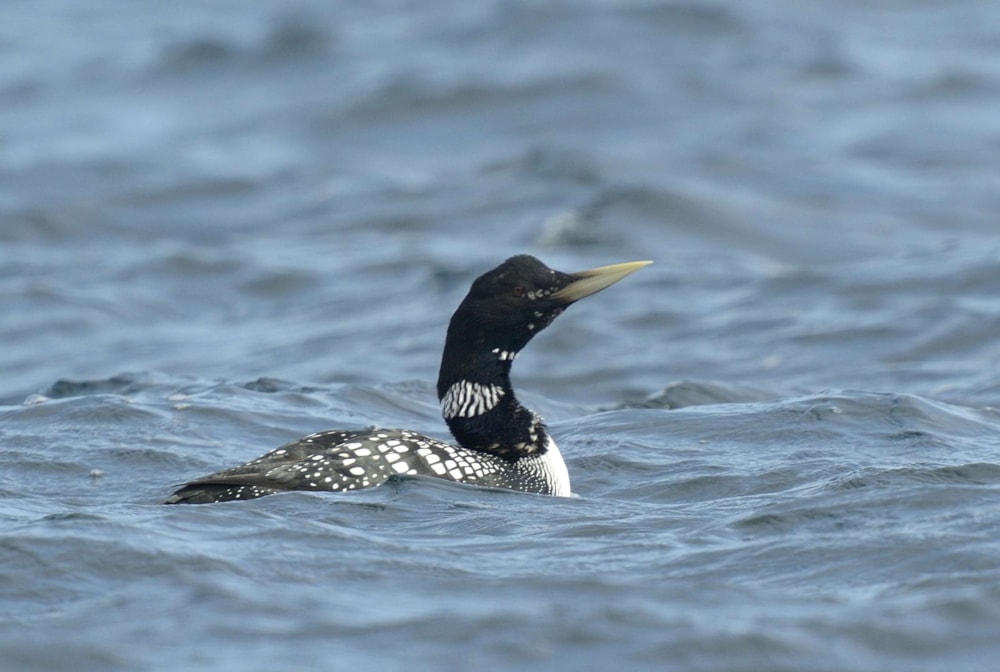 One of five moulting White-billed Divers seen at sea off Portsoy, Aberdeenshire, on 27 April 2015 (Baz Scampion).

Discovery is a big part of the thrill of birding. A whole 150 years elapsed between White-billed Diver being described and our current understanding of its place in Britain's avifauna. Although we'll never know for sure, it's amazing that there's a very real possibility that nothing has actually changed over that time, and the species has been using our coastal waters all along. Now that two significant staging areas have been identified, it will be fascinating to see whether any patterns emerge over the coming years. Because of the small numbers of birds and moult variation, individual White-billed Divers can be logged fairly easily and careful recording could prove enlightening. Of course, there is also a massive question mark over where these birds spend the winter, so there is still much to learn – the coming years might just complete the picture.