The anticipation attached to early spring never withers as the unfaltering cycles of the seasons and bird migration push on from one year to the next. It can often feel as though autumn movement has not long passed yet, at once, few will argue that the homecoming of each of our summer migrants never comes a moment too soon as a spent winter takes its leave. The trailblazing Sand Martins and Northern Wheatears which make landfall early in March provide a sweet foretaste of what is to follow as the country is gradually revived by a swelling splash of sound and colour over the coming weeks. The fresh flow of migrants and the milder weather can serve to reignite any faded enthusiasm since the end of the New Year 'honeymoon period' and it suddenly becomes that bit easier to rise early and head out to the local patch or the coast in the hope of notching up further arrivals, enjoying the spectacle of spring migration and maybe even stumbling across something that bit more special. As the more familiar migrants flood in, there is always a possibility of encountering an overshoot, a burst of Mediterranean excitement in the form of one of a cast of classic early spring wanderers.

The term 'overshoot' is a familiar one and fairly self-explanatory. It refers to the event of a migratory bird ending up further than intended on its journey, and is usually associated with spring movement. The perfect recipe for a number of birds overshooting far enough to cross the English Channel involves a large area of high pressure lingering over the Mediterranean and stretching as far north as Britain; birds passing over their originally intended destination simply fail to shake the urge to continue as a clear sky, warm temperatures and a light tailwind make an extended journey comparatively light work. Sometimes, birds can end up hundreds of miles beyond their normal breeding grounds and this is often reflected in the inexperience of the birds involved, with many being in their second calendar-year. While normally the result of an apparent misjudgement on the part of the migrant, overshooting plays an important function in the potential expansion of a species' range as, if suitable habitat is available and a potential mate encountered once a bird does come to a stop, the best of the situation might be made with a breeding attempt and the flag is then planted for further generations.

Among the definitive overshoots of the early spring period is the Alpine Swift. One of the largest swifts in the world, it can even momentarily recall a falcon but once its true identity is realised and prolonged views are enjoyed, it can easily transport the observer to scenes of the Continent's mountain ranges. This aerial master is capable of travelling up to 600 miles in just one day and, once in the country, they can tour far and wide but they are most likely to be found on the south and east coasts, where late March and the first week or so of April represent the prime window of opportunity for finding your own. Large water bodies, hills and clifftops are great places to start looking but this is a scarcity which could plausibly be encountered just about anywhere, even around large historic buildings. 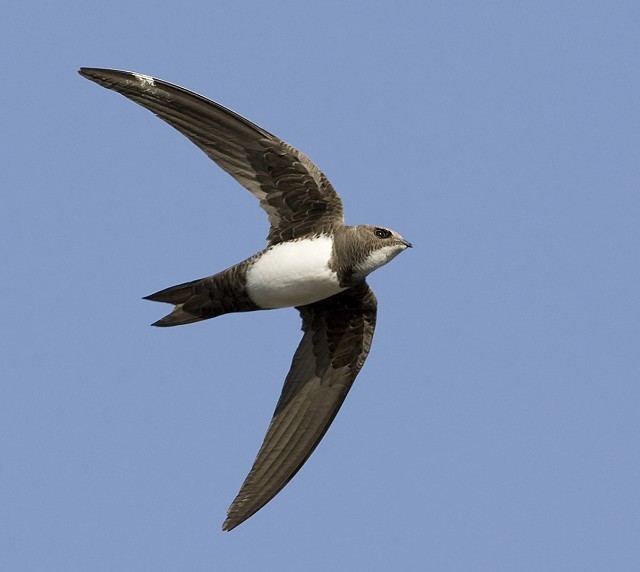 From late March, the frenzied masses of newly-arrived hirundines over lakes, marshes and sewage works are worth grilling for another aerial feeder, Red-rumped Swallow. A distinct and very attractive bird in terms of plumage, it can often actually be the flight action of this southern European swallow which draws the eye as it moves on stiff, straight wings. Some years are better than others but overall we seem to be seeing more of this popular bird, which is no bad thing. Overshooting Serins can also appear in the last few days of March and, with breeding populations just across the Channel, this diminutive finch has only to overstep a short distance to make landfall on the south coast and is easily located by its trilling call; Dorset, Kent and the Isles of Scilly claim the lion's share of records with Portland Bill and Dungeness being classic sites. 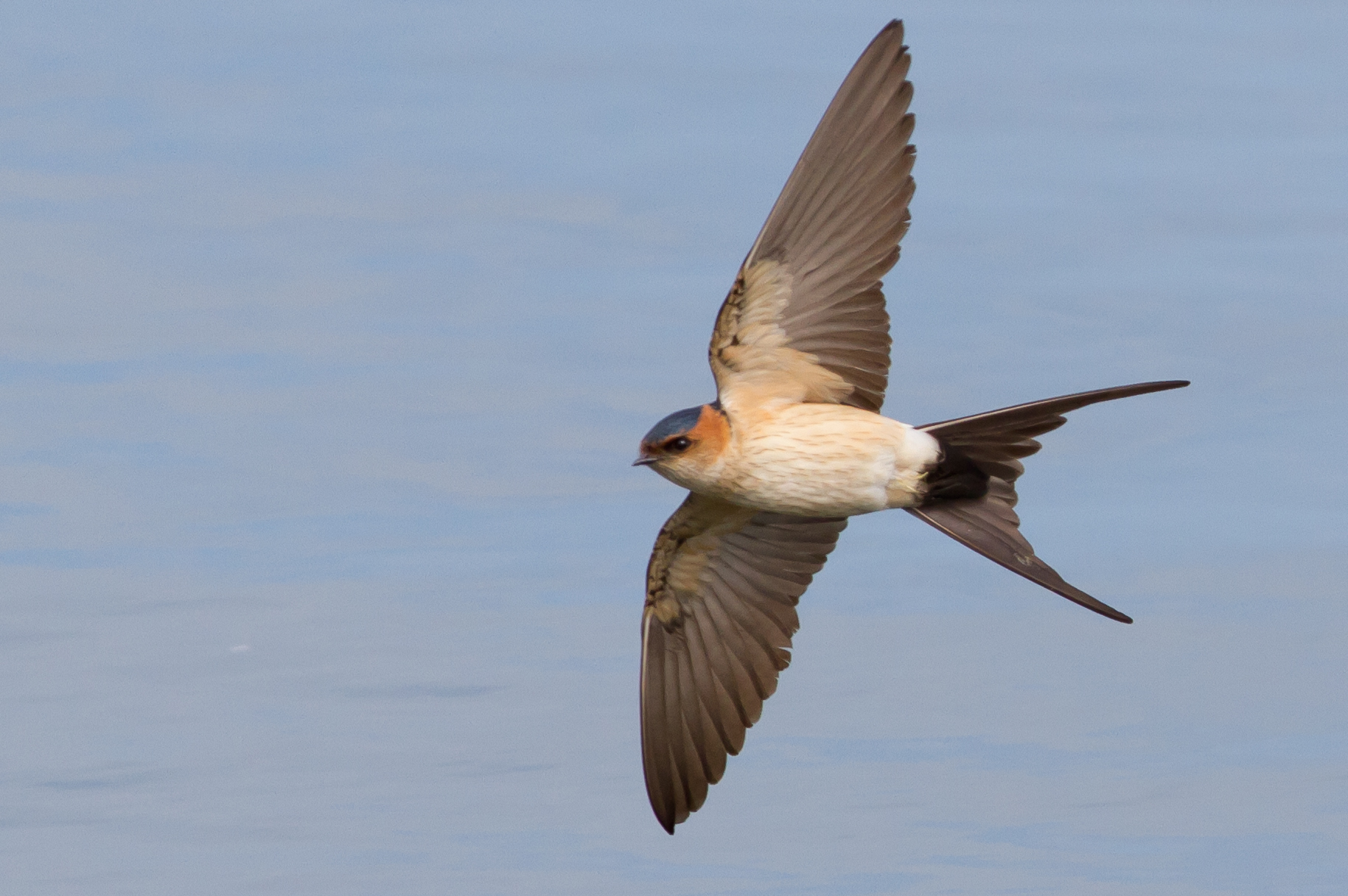 Larger birds can also be susceptible to flying too far north on their spring migration and Night Heron is perhaps the best example of this in a British context. Small-scale arrivals are sometimes witnessed early each spring, often from the second week of March and these sometimes involve small groups. Purple Herons and White Storks can also materialise as soon as the tail end of March and are therefore worth bearing in mind when visiting southern wetlands in the case of the heron or, for the latter, when scanning the skies just about anywhere on warm days. 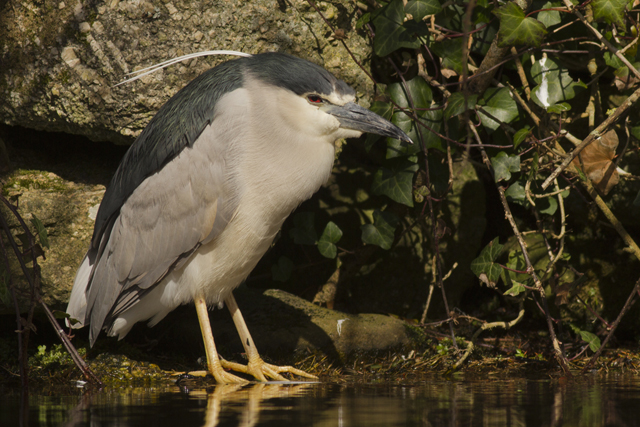 When it comes to proper rarities, Great Spotted Cuckoo arguably epitomises the early spring period and last year was a case in point, with a small handful shared between Pembrokeshire, Cornwall, Devon and Co Galway – a south-westerly distribution of records which hints at the breeding range to which the birds were 'meant' to have arrived, in Spain, Portugal or southern France. A look at the previous British records of Great Spotted Cuckoo reveals a strong disposition for the species to arrive in either March or the first half of April. While May lays claim to more records of Black-winged Stilt than any other month, as March hands over to April the right conditions can lead to this elegant wader pitching up on any suitable water body, inland or otherwise, and last year's influx began just a few days into April. 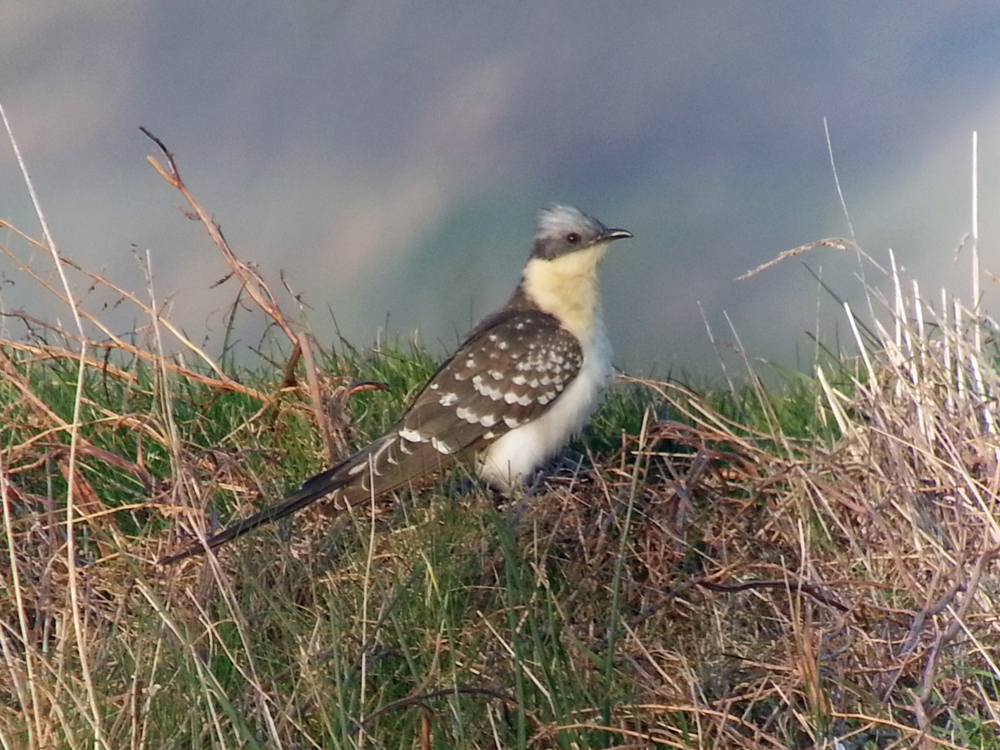 A perpetual favourite for its offbeat character and dazzling colours which give it a distinctly exotic feel, Hoopoe can be relied upon to cross to our shores in small numbers each year and play to the cameras. They entice attention from birders and non-birders alike as they fly like butterflies in between bouts of shuffling low across short turf, occasionally flashing their extraordinary crest. The south-west, unsurprisingly, dominates in terms of reports of this species and often hosts the first each spring, involving birds originally headed for the near-Continent. The Isles of Scilly and the Cornish valleys are particularly good bets for finding one during late March or early April. 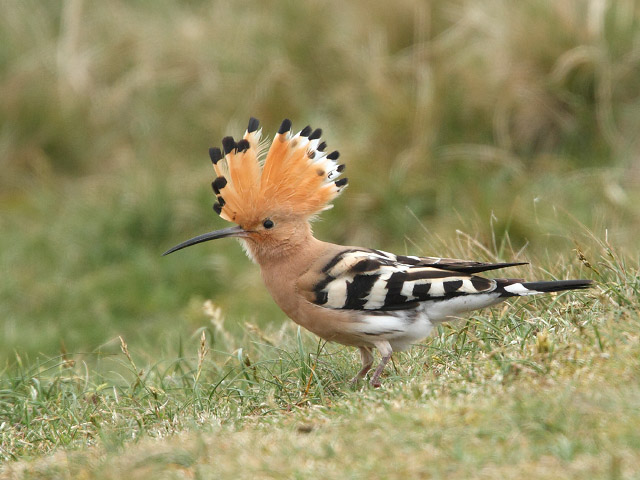 Although May is widely celebrated as the spring month to get out and find scarcities, hours spent in the field much earlier in spring can also reap serious dividends, with a set of strong finds in the running for birders both scouring a local patch and visiting the coast. One of the great things about spring overshoots is that, despite their propensity to turn up on the coast, these adventurous individuals can and do appear just about anywhere, even far inland. Even without striking gold, it is hard to go home disappointed on any spring day but it is also worth remembering that ideal conditions can put less routine overshoots on the table, as last year's Crag Martin in East Yorkshire demonstrated wonderfully.