Focus On: colour-ringed Waxwings on the move

By now, most birders away from the southwest will have been enjoying the early influx of Waxwings, and they are being urged to keep an eye out for colour-ringed birds. 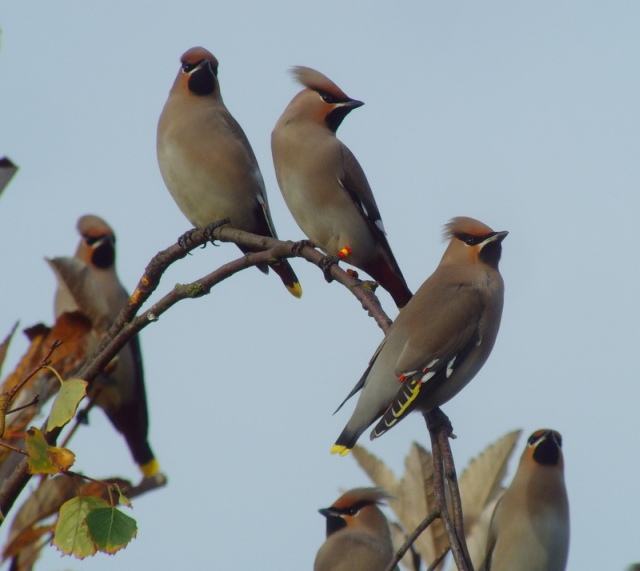 RYR in Dunfermline, seven days after being ringed in Ballater. (Photo: John Nadin.)

While birds have been metal-ringed on Fair Isle (20+), North Ronaldsay (20+) and Inverness (90+), over 100 have been colour-ringed on Orkney, with a further 200 colour-ringed in and around Aberdeen. Many of these birds are moving on very quickly — as can be seen from the map below — with an Orkney bird resighted in Aberdeen six days later and two birds ringed in Aberdeen/Ballater one weekend photographed in Dunfermline and Levens (Cumbria) the next. 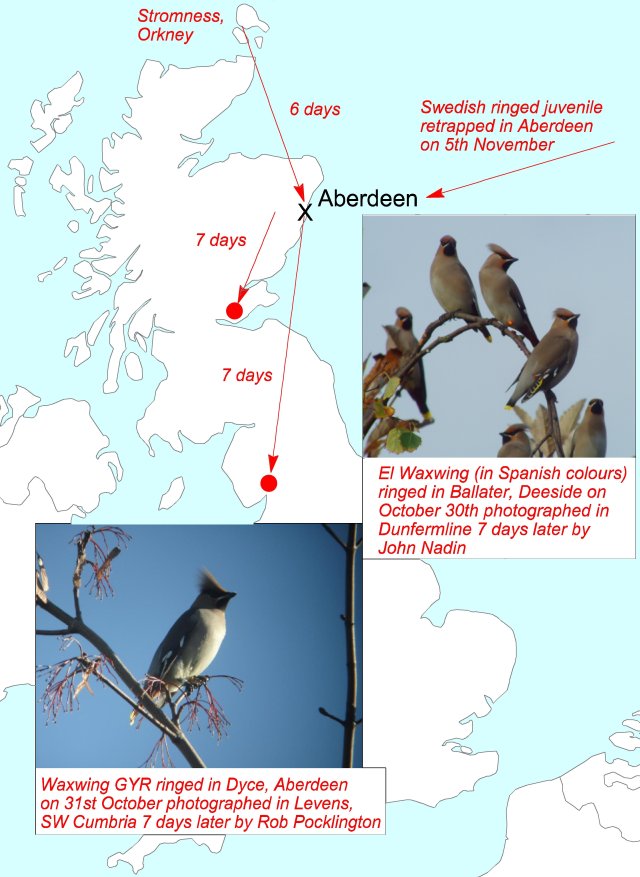 A Swedish-ringed juvenile was recaught in Aberdeen on 5th November, only to be tragically found dead below a window a week later. A further nine unringed juveniles were found dead at another site surrounded by windows in Aberdeen city centre, while 13 suffered a similar fate in Inverness. This is the unfortunate downside to the joys of a Waxwing invasion. 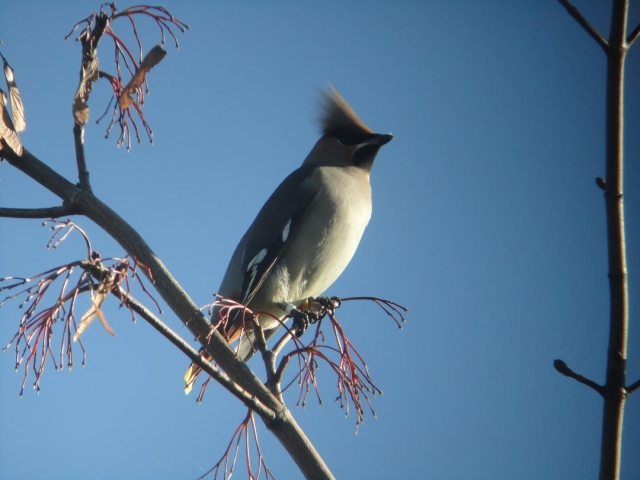 Numbers, distribution and movements are highly variable between invasions so it will be very interesting to compare movements of ringed birds with the results of the two most recent invasions of 2004 and 2008. Thanks to birders and photographers alike, we receive a high return of records. See map attached for 2008. 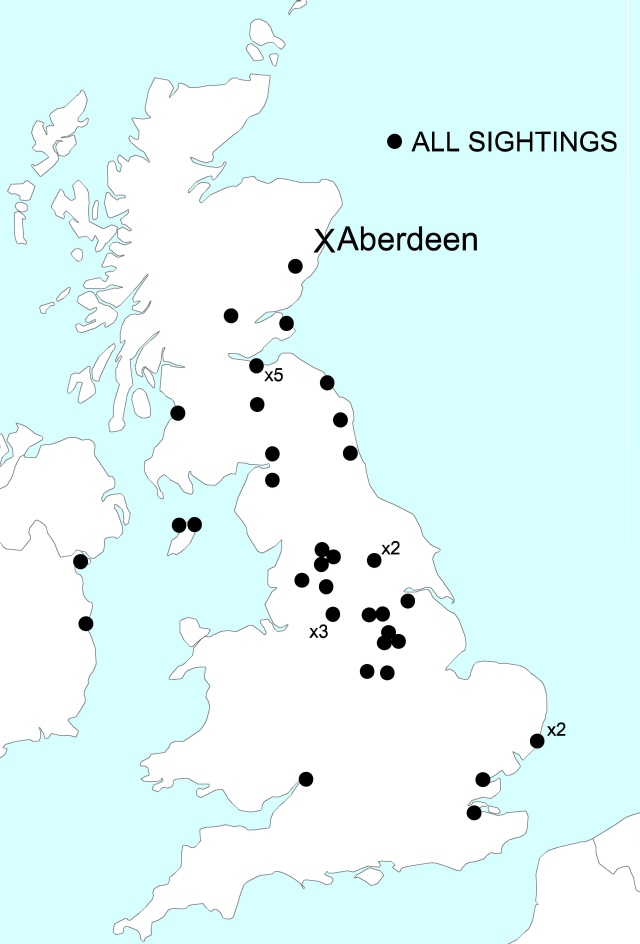 Resightings of colour-ringed Waxwings from Aberdeen during the 2008/09 invasion (map: Raymond Duncan).

Anyone seeing a colour-ringed bird should report it direct to Raymond Duncan or via www.ring.ac.