It's turning out to be a tremendous winter for Waxwings throughout the UK. In and around Aberdeen we are getting the best of both worlds: it's early January and we still have hundreds here while, thanks to so many birders, photographers and observers around the country, our colour-ringing project is helping us keep tabs on the movements and fortunes of many of those birds which have chosen to move on from North-East Scotland.

The map below shows the distribution of colour-ring sightings (up to 06.01.2017) of birds ringed in Aberdeen(shire) during November and December 2016. 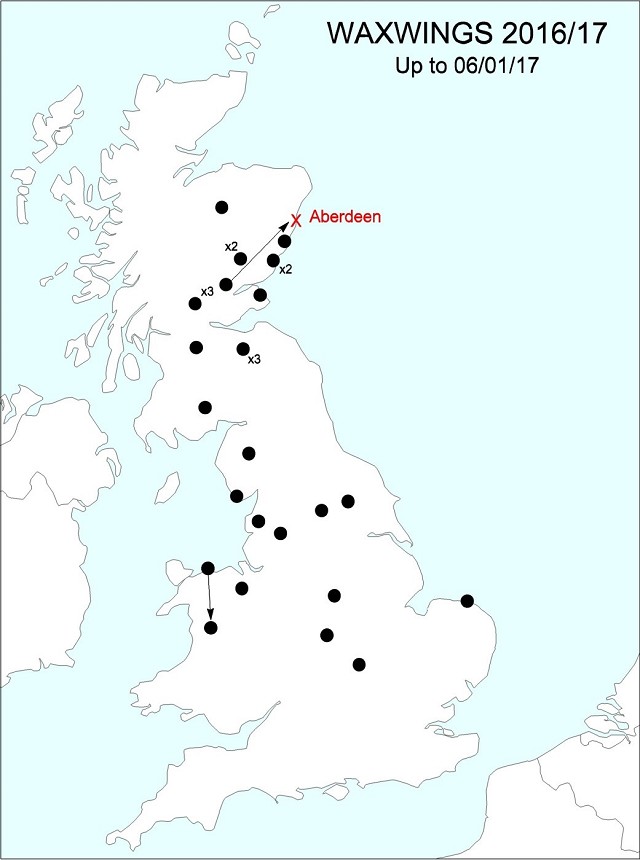 Here are a selection of the fantastic photos you've sent us of colour-ringed birds so far: 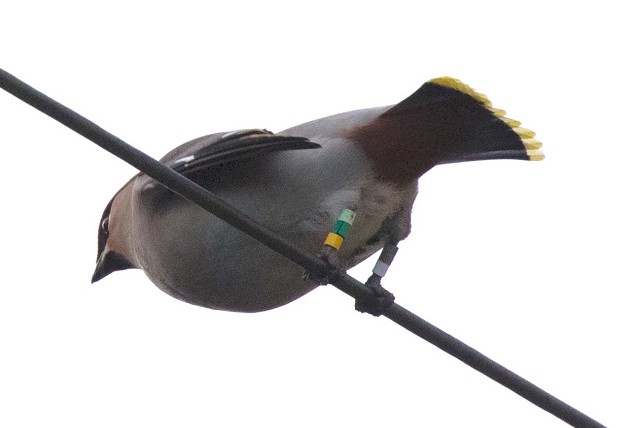 Waxwing 'YLO', ringed as a young male in Aberdeen on 27 November 2016, was photographed by Neil Alderson and Yvonne Williams in the B&Q car park in Llandudno, north Wales on 30 December then five days later by Emyr Evans, 82 km south in Machynlleth. 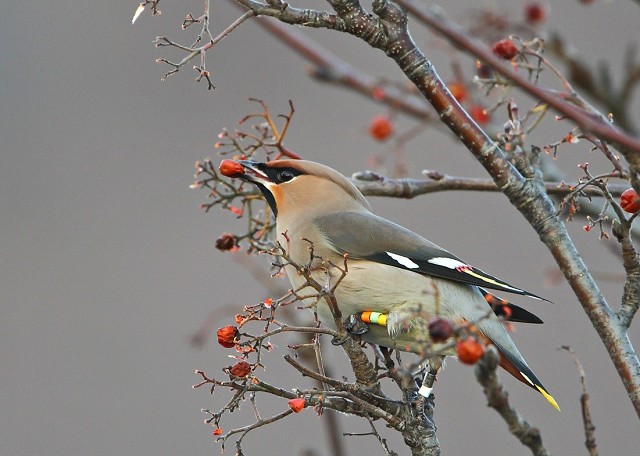 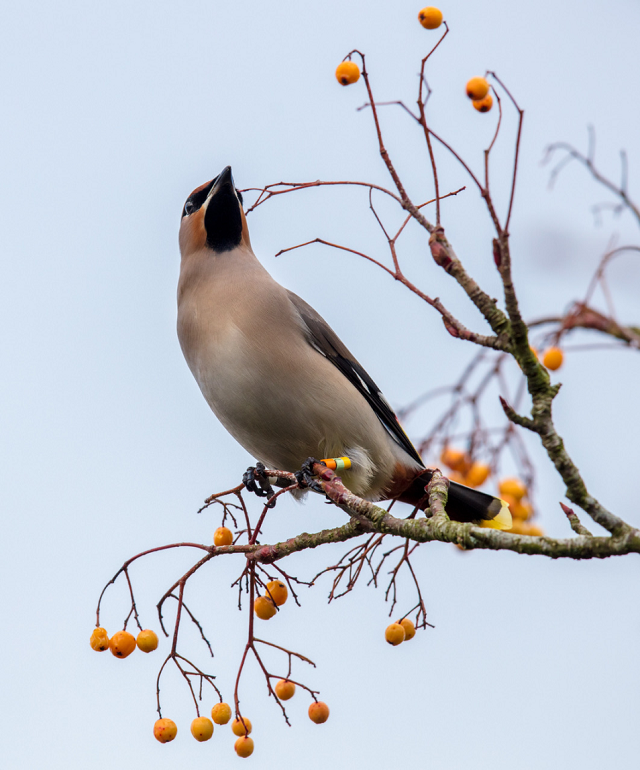 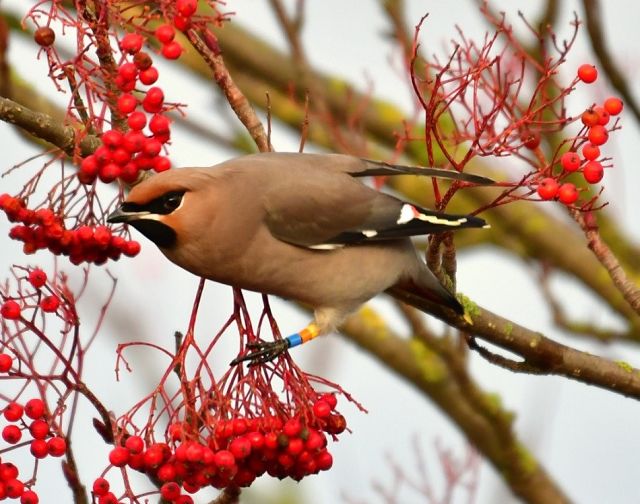 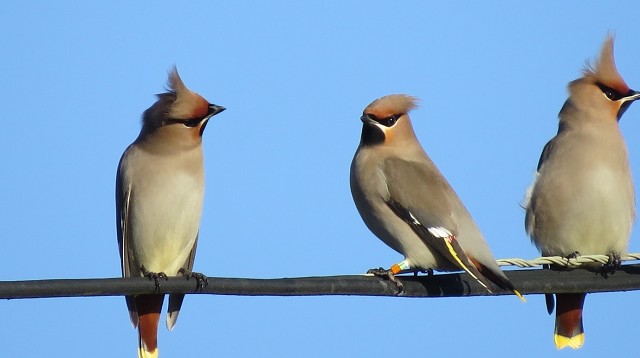 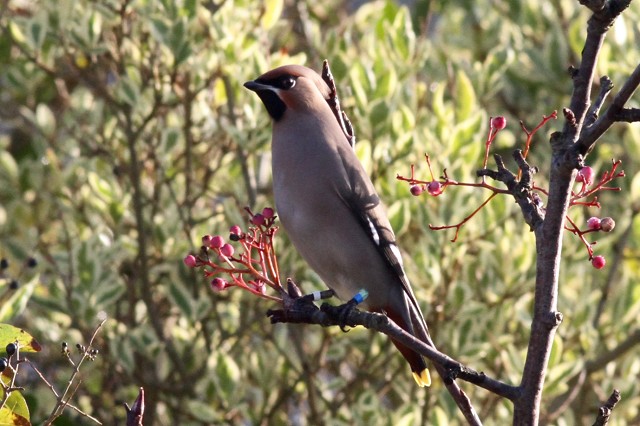 Sadly not all reports/photographs have been of happy, berry-eating birds. Below is Waxwing 'BLO', found dead after striking a window in St Andrews, Fife, on 18 December. 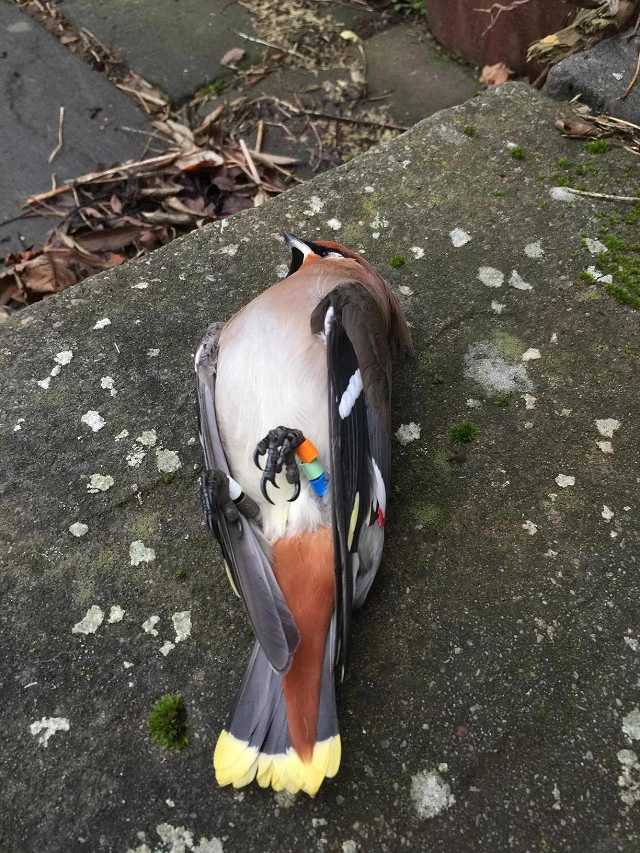 Windows and Perspex bus shelters are a very real and fatal hazard to Waxwings. Despite our best efforts around Aberdeen we have still had over 20 birds reported dead in the city due to striking windows.

Meanwhile other birds ringed at the same time are still being recorded in Aberdeen. Having almost completely finished the rowan berries (apart from a couple of trees still being loyally guarded by Mistle Thrushes) they have now moved onto Tree Cotoneaster, a species so abundant around town that this should keep birds with us until May.

Some of the birds don't seem to have decided if they are going or staying. Once the flocks had finished the berries in rural towns such as Inverurie and Ballater (22 km north-west and 58 km west of Aberdeen respectively), colour-ringing has shown that some birds moved away south while others moved back into the city, where berries were still plentiful. Another headed 77 km west over the hills into Speyside, while a bird ringed in Aberdeen city centre on 28 December decided to head 35 km west to Aboyne, where it was photographed on 5 January. Another, colour-ringed in Perth on 15 December, then turned up in Aberdeen on 5 January, a north-easterly movement of 117 km! 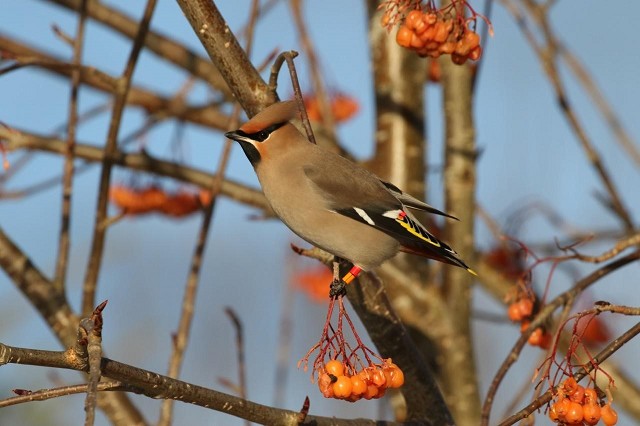 So a very big thank you to all of you (too numerous to thank individually here) who have kindly taken the time and trouble to report a colour-ringed Waxwing to us. Each sighting contributes greatly in helping us to follow the movements and fortunes of these awesome Scandinavian invaders.

If you do see a colour-ringed Waxwing then please let us know.