Flesh-footed Shearwater in the Azores – a first for Europe

I work as a marine biologist and nature guide for a whale-watching company, Espaço Talassa, which is based at Lajes do Pico, Azores. On one of our whale-watching tours, on 7 August 2020, late in the afternoon, one of our crew members noticed an anomalous-coloured shearwater sitting in the water, in a raft of Cory's Shearwaters. They were close to a group of Atlantic Spotted Dolphins that we were watching, but the birds were not interacting directly with the dolphins.

The dark-coloured shearwaters or petrels that we regularly see in this area are Bulwer's Petrel and Sooty Shearwater. However, the bird was larger than a Bulwer's and showed a completely different bill and leg/foot colour to Sooty. 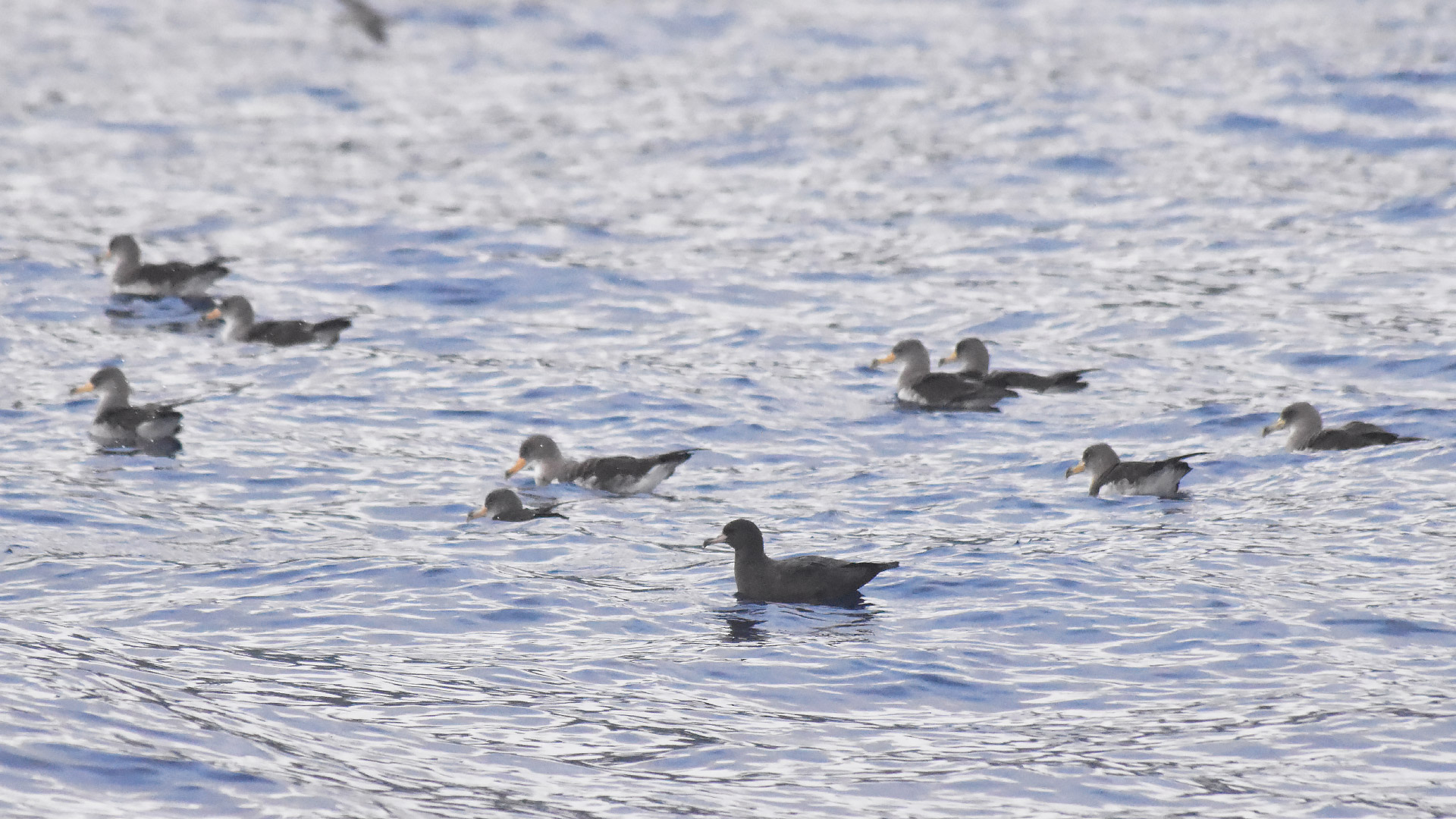 Susana and the Espaço Talassa team were immediately drawn to an unusual, darker shearwater among the Cory's Shearwaters just off the south coast of Pico island (Susana Simião).

We approached the birds to try and identify what it was. It would let us approach, while the surrounding Cory's Shearwaters flew away, and we noted how when it flew it landed shortly after taking off, not far away (this being unusual behaviour for Cory's). At first we thought it could be a melanistic Cory’s Shearwater, but it was noticeably smaller in size.

After some online discussion, it became apparent that this was something very rare – we're very happy to have discovered the first Flesh-footed Shearwater for the Azores. 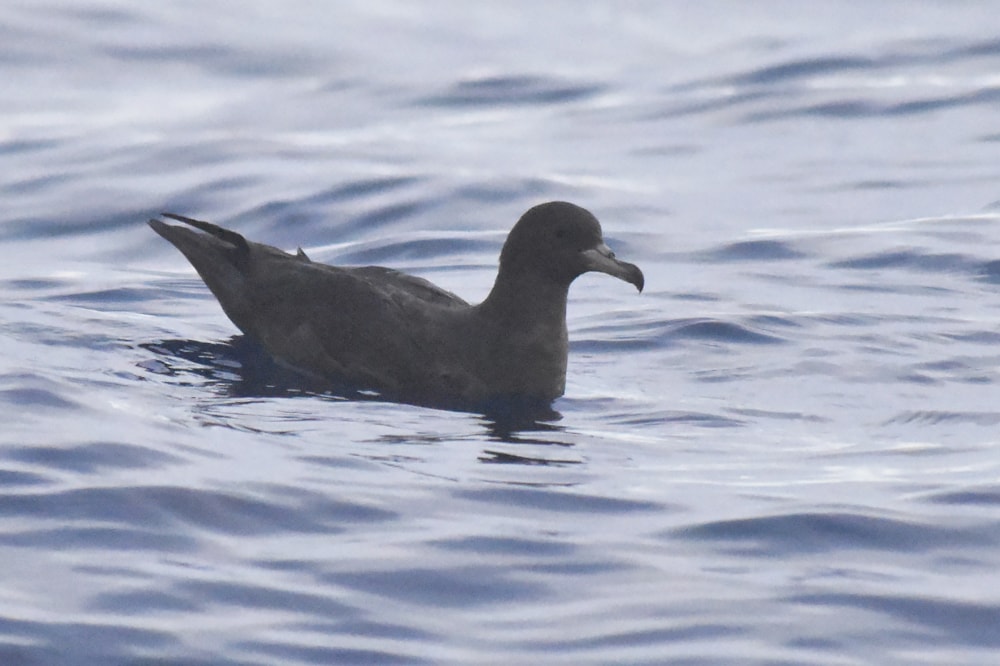 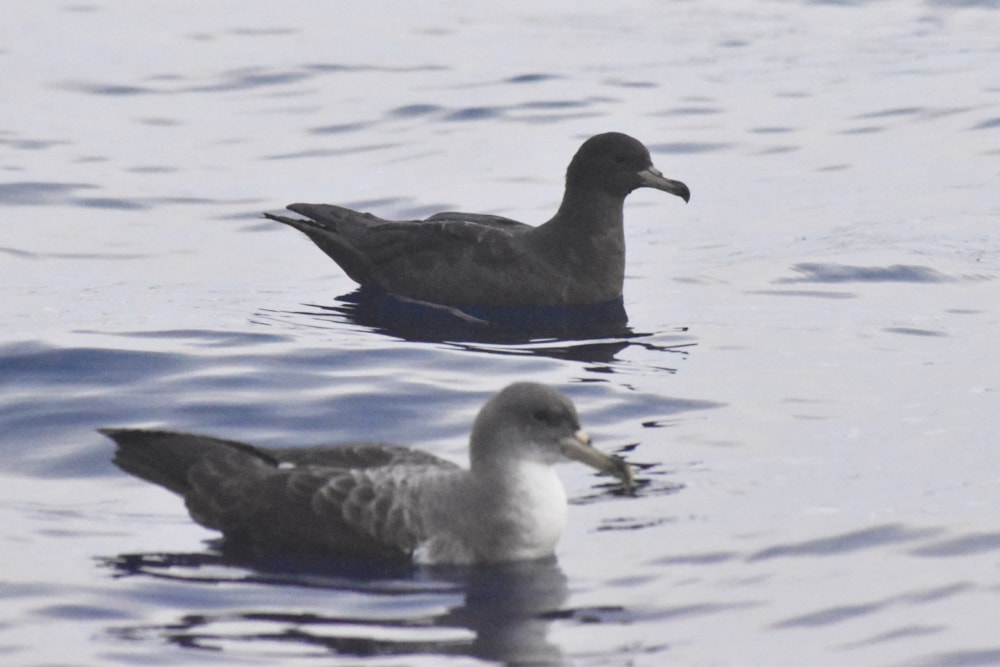 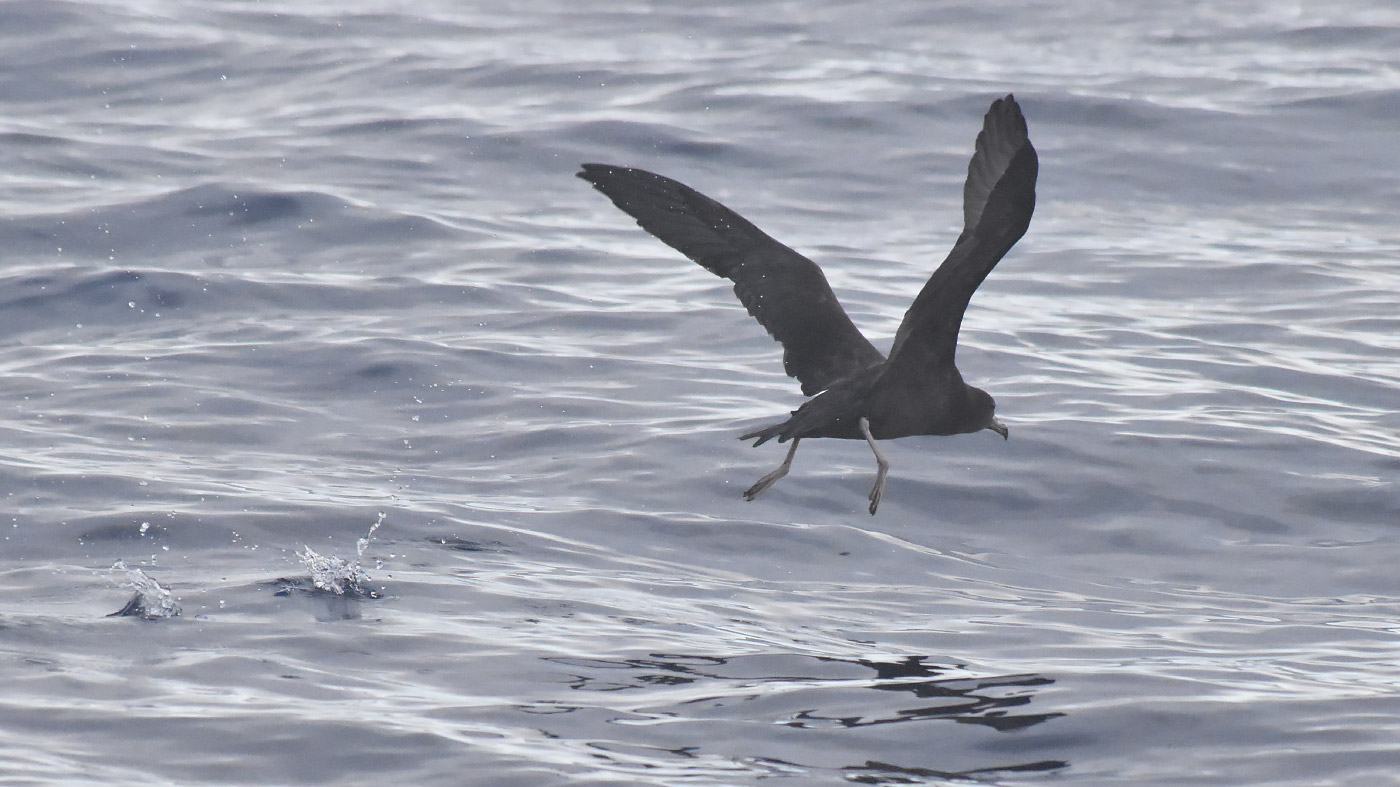 In the swimming images, the uniform dark brown colour and greyish bill with dark tip are visible, as is the bird's smaller size than Cory's Shearwater. As it takes off, the flesh-coloured legs and dark underwing are apparent (Susana Simião).

Flesh-footed Shearwater breeds in the Indian and Pacific Oceans, predominately on islands off Australia and New Zealand, west to St Paul Island, spending the boreal summer in the North Pacific Ocean. It appears to be declining, and is classified as Near Threatened.

There is just one previous Western Palearctic record of a bird seen off both Eilat, Israel, and Aqaba, Jordan, on 15 August 1980. The Pico bird is the first confirmed record for the North Atlantic Ocean, as well as for the Azores, Portugal and Europe. It continues an extraordinary run of rare seabirds seen in spring and summer 2020, which included the first White-chinned Petrel for the Western Palearctic photographed in Orkney, Scotland, and an Atlantic Yellow-nosed Albatross off Spain and Portugal.