A national 'stock-take' of the reptiles and amphibians in the UK's gardens is being launched today. Called "Reptiles and Amphibians in your Garden", this national project is being undertaken by The British Trust for Ornithology (BTO), Froglife and The Herpetological Conservation Trust (HCT). The survey will bring together an army of amateur wildlife watchers including birdwatchers, gardeners, hands-on conservation volunteers and the general public. 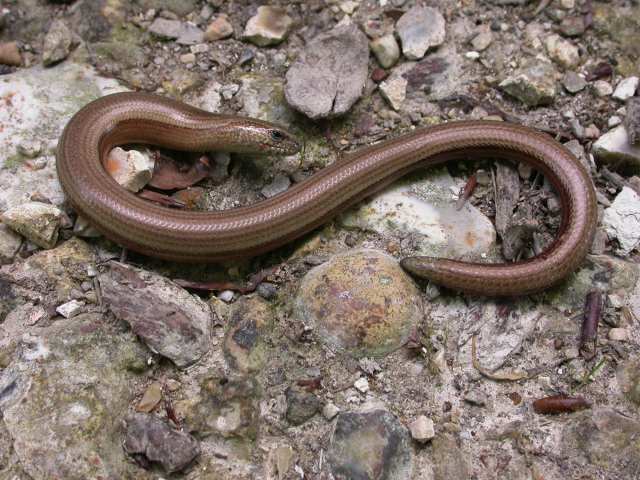 The results will contribute to knowledge of where frogs, toads, newts, snakes and lizards are found nationally and allow scientists a better insight to how important gardens are for their conservation. The results will also be used to understand how amphibian and reptile populations may be responding to a variety of threats, including habitat loss, disease and garden chemicals.

Although people may think of amphibians and reptiles as creatures that occur only in the countryside, the 13 species native to Britain can all, to differing degrees, inhabit gardens. Some gardens can harbour hundreds of Common Frogs, and others can house large populations of Slow Worms (a legless lizard). Grass Snakes can also be prevalent in some urban areas, where they dip in and out of ponds looking for amphibian prey.

Volunteers are needed to complete a simple recording form, marking off species they have seen and answering straightforward questions about their gardens, such as whether they have a pond, whether they use pesticides or whether or not they have a compost heap. "This is the largest survey of these species focused on gardens in Britain and has been designed to complement other studies that are tracking the fate of amphibians and reptiles in the British countryside." said John Baker from the HCT.

Mike Toms, Head of Garden Ecology at the BTO, commented "The BTO's army of 16,000 Garden BirdWatchers are perfectly placed to keep an eye out for reptiles and amphibians within their gardens; in fact, many already keep records of these species as part of their regular weekly recording."

"This stock-take will be a benchmark in our understanding of these animals in urban areas, and the results will guide the advice we give to the public on what they can do to help these unique and charismatic animals in our backyards." said Daniel Piec, Froglife Head of Conservation.

Of the UK's 13 species of amphibians and reptiles, 10 species are listed on the Government's Biodiversity Action Plan (UKBAP) 'watch list'.

For your "Reptiles and Amphibians in your Garden" pack please call the BTO's Garden Ecology Team on 01842 750050 or email gbw@bto.org.