International efforts to conserve tropical forest species will fail unless they control logging, wildfires and fragmentation in the remaining forests, according to ground-breaking new research published in the world's leading scientific journal Nature.

The Lancaster University-led study, 'Anthropogenic disturbance in tropical forests can double biodiversity loss from deforestation', measured the overall impact of forest disturbance — which includes logging, wildfires and forest fragmentation — on 1,538 tree species, 460 bird species and 156 dung-beetle species in the state of Pará in the Brazilian Amazon, an area six times that of the UK.

For the first time, the researchers from 18 international research institutions were able to compare the loss of species caused by human disturbances with those that result from habitat loss due to deforestation.

In a result that challenges current deforestation-focused conservation approaches, the scientists demonstrate that the unaccounted-for effects of forest disturbances may drive as much biodiversity loss as deforestation itself.

The lead author, Professor Jos Barlow of Lancaster University, said: "We provide compelling evidence that rainforest conservation initiatives must address forest disturbance as well as deforestation. Without urgent action, the expansion of logging operations and the spread of wildfires fuelled by human-induced climate change mean that tropical forests are likely to become increasingly degraded, conserving only a fraction of the breathtaking diversity they once harboured." 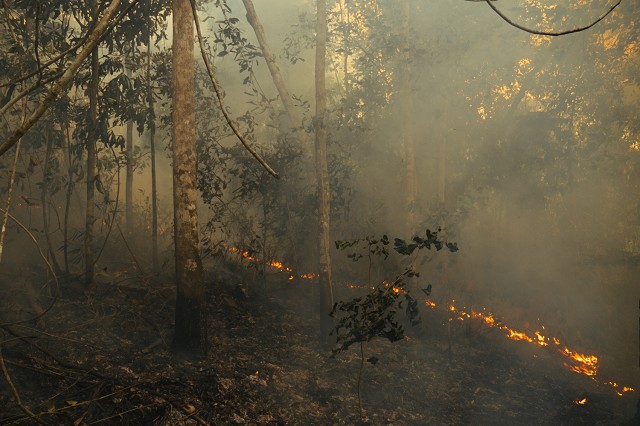 Taken together, the combined effect of all human disturbances on biodiversity in Pará is equivalent to an additional loss of up to 139,000 km² of pristine forest — an area the size of Florida and as much as all deforestation recorded in the same region since monitoring began in 1988.

Lead project analyst Dr Gareth Lennox of Lancaster University pointed out: "Tropical forests are one of Earth's most precious biological treasures. By focusing on the extent of forests that remain and ignoring their health, current national and international conservation strategies are inadvertently placing that treasure in jeopardy."

Rare species are the most affected

The scientists also found that the species under the greatest threat of extinction suffered most from human disturbances.

Dr Alexander Lees, lead ornithologist from Cornell University's Lab of Ornithology, explains: "The state of Pará is home to over 10 per cent of Earth's bird species, many of which are unique to the region. Our results show that it is these endemic species that are suffering most from the effects of human disturbances, because they cannot survive in disturbed forests."

These species at immediate risk of extinction include the Critically Endangered Belem Curassow (quite possibly already extinct) and Black-winged Trumpeter, both of which are recent splits. It is not only large-bodied species that are threatened: smaller species that are negatively affected by logging and fires include the restricted-range Tapajos Hermit and Opal-crowned Manakin. 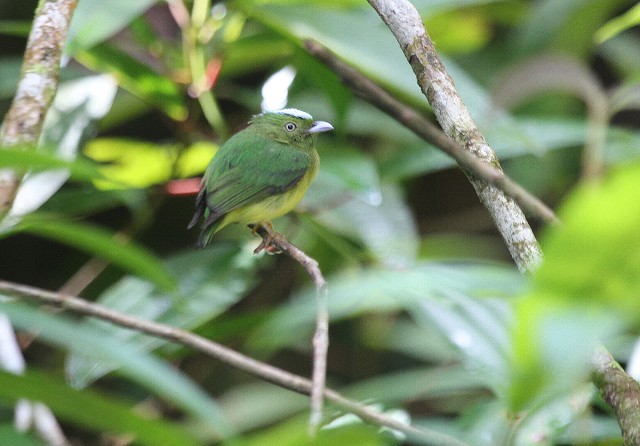 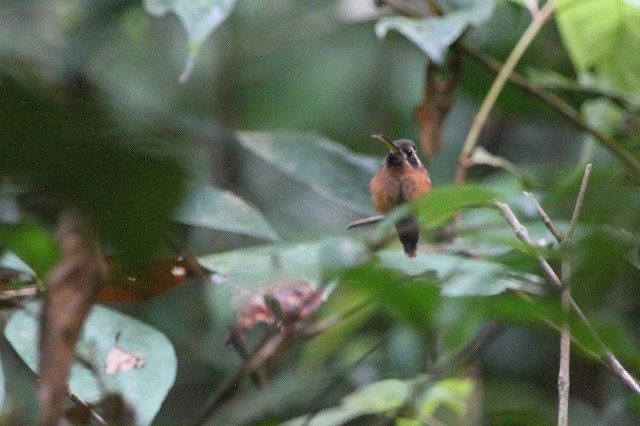 While reducing deforestation is rightly the cornerstone of most conservation strategies in tropical nations, the condition of the remaining forest is rarely measured, let alone controlled by policy initiatives.

"Immediate action is required to combat forest disturbance in tropical nations," explained Silvio Ferraz from the University of Sao Paulo. "This is particularly important in Brazil, which holds up to 40 per cent of the world's remaining tropical forests." Although Amazonian landowners are required to maintain up to 80 per cent of their primary forest cover, the new research shows that landscapes that meet this target may have already lost half of their potential conservation value.

"These results should serve as a wake-up call to the global community," affirmed Dr Toby Gardner from the Stockholm Environment Institute, another co-lead of the study. "Brazil demonstrated unprecedented leadership in curbing deforestation in the last decade. The same level of leadership is now needed to protect the health of the forests that remain in Brazil and across the tropics. Otherwise, decades of conservation effort will have been in vain."

Unfortunately, Brazil's unique biodiversity is once more imperiled by continued attempts to undermine its environmental legislation. Dr Joice Ferreira, from the Brazilian Agricultural Research Institute in the Amazon, and a co-lead of the study, highlights an alarming example. "Our senate is proposing a new law that would allow producers to use tree plantations, such as eucalyptus monocultures, to meet their legal requirements for forest cover. Proposals such as these, that fail to consider forest condition, would further accelerate the loss of tropical biodiversity."