Winter in the Azores

Although the Azores are well known for their autumn Nearctic vagrants, the birding is fascinating all year round, especially during the winter. The islands play host to significant wintering populations of European birds with good numbers of gulls, wildfowl and waders heading to the mid-Atlantic islands each year. As many as one in every 100 birds present during the winter could be American vagrants, so the winter is another exciting time to go rarity-hunting. The crater lakes attract wildfowl, the coasts and quarries attract waders, the harbours gulls. There have also been a handful of records of wintering American passerines.

There are nine islands in the archipelago but São Miguel is the best island for winter wildfowl, with several main areas of fresh water: Sete Cidades, Lagoa do Fogo and Lagoa das Furnas. These large areas of open water regularly attract wildfowl from both sides of the Atlantic.

The best area for waders are the Cabo da Praia quarry on Terceira and the flooded fields and small lagoas on the same island. The pool at Praia da Vitoria, Terceira is also a waterfowl hotspot. 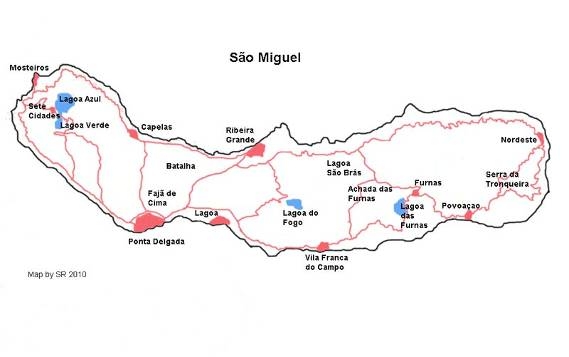 Map of São Miguel. The best areas for winter waterfowl are the crater lakes across the island and Ponta Delgada harbour is also a great place for winter gulls. (Map: www.birdingazores.com.) 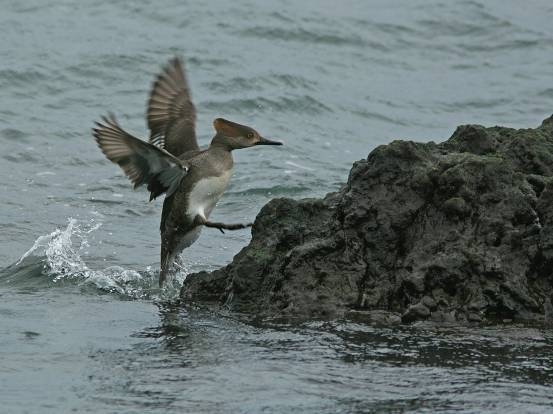 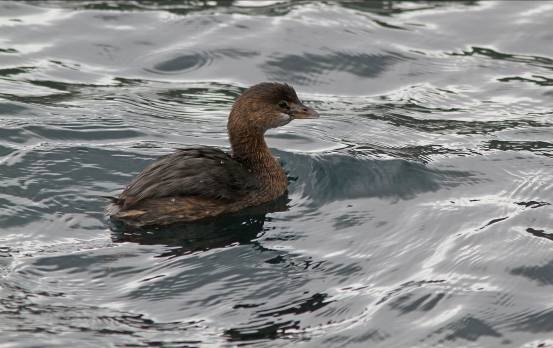 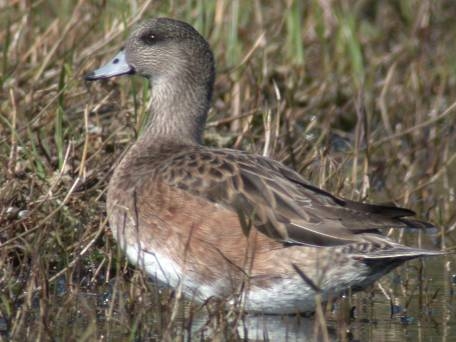 The best island for gulls is Terceira, due to the attractive harbour complex at Praia da Vitoria and the viewable landfill site. A flock of wintering Ring-billed Gulls are an annual winter feature of the sandy beach at Praia da Vitoria. American Herring Gulls are regular in winter and in 2003 the beach hosted the first Short-billed Gull (or Mew Gull) for the Western Palaearctic. Bonaparte's Gull, white-winged gulls and terns are also frequently recorded. Ponta Delgada harbour on São Miguel is another great gulling area. 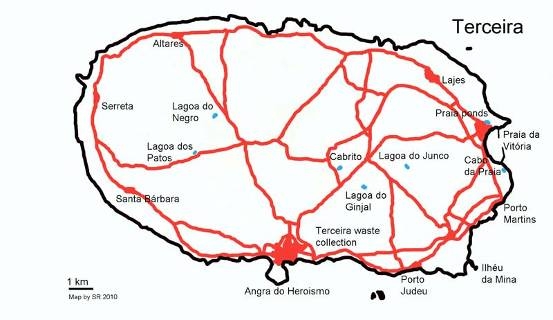 Map of Terceira. Praia da Vitoria harbour and the landfill site (Terceira Waste Collection) are the best areas for gulls. Praia Pools is a good site for waterfowl as are the smaller Lagoas and the reservoir at Carbrito. (Map: www.birdingazores.com.) 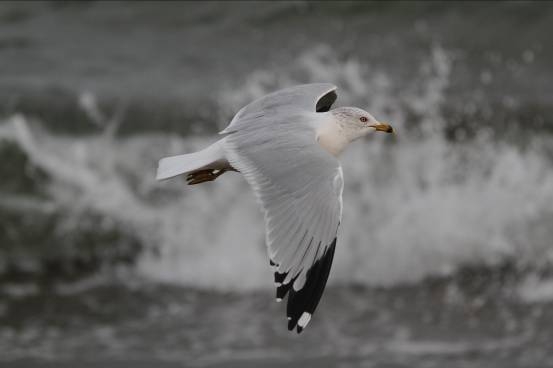 A winter flock of Ring-billed Gulls can be found annually at the beach of Praia da Vitoria, Terceira (photo: Peter Alfrey). 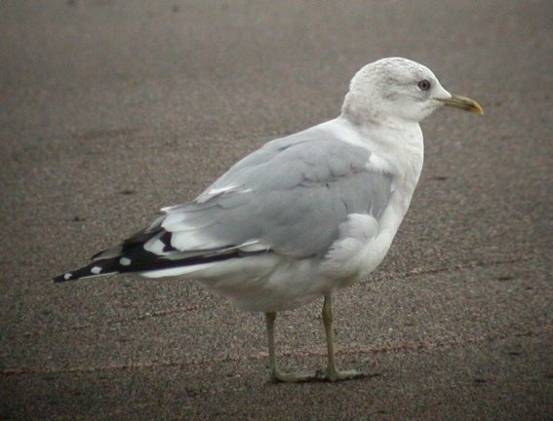 This Short-billed Gull, the American form of Common Gull split by several authorities, was present with the Ring-billed Gull flock on Terceira in winter 2003 (photo: Peter Alfrey). 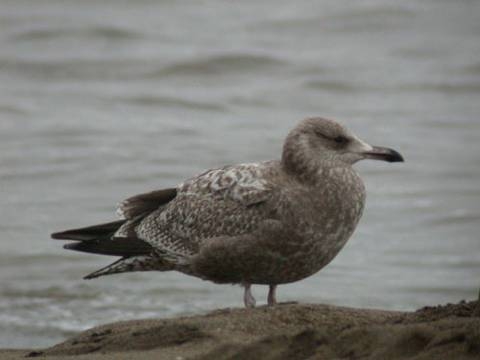 In addition to gulls, waterfowl and waders, other winter birds include cormorants and herons. 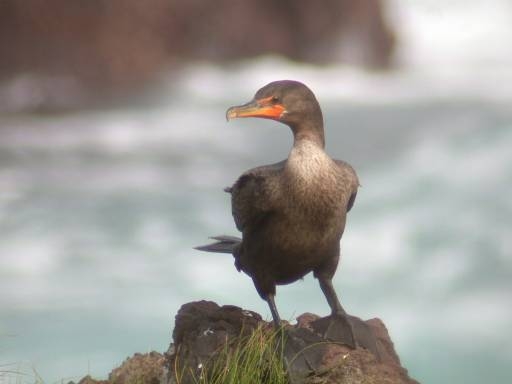 This Yellow-crowned Night Heron, a first for the Western Palearctic, was the highlight of the winter 2011, Angra da Heroismo, Terceira (photo: Peter Alfrey). 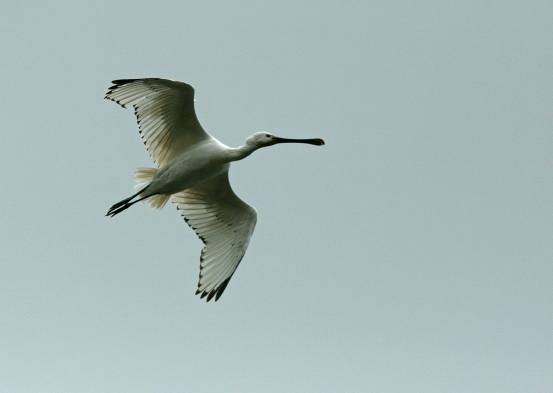 In addition to the winter migrants and vagrants, the Azorean forms of various common European birds are resident and the endemic Azores Bullfinch is resident on São Miguel. More information on resident birds is on the Bird Azores website. 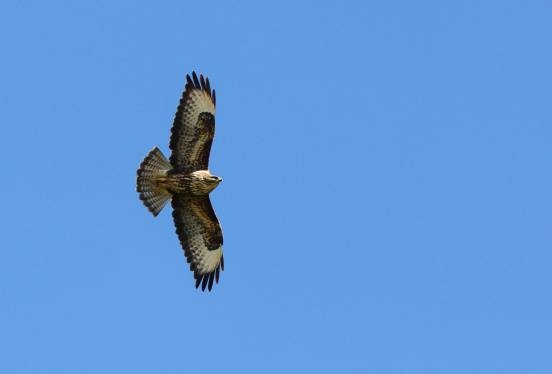 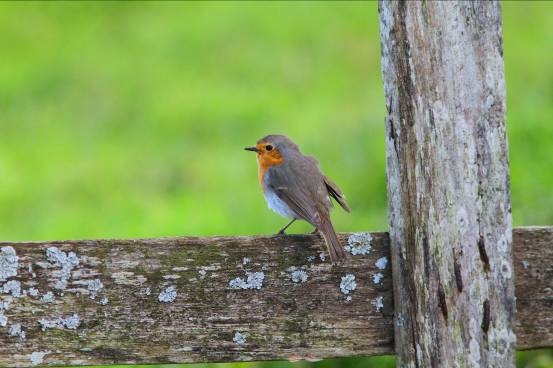 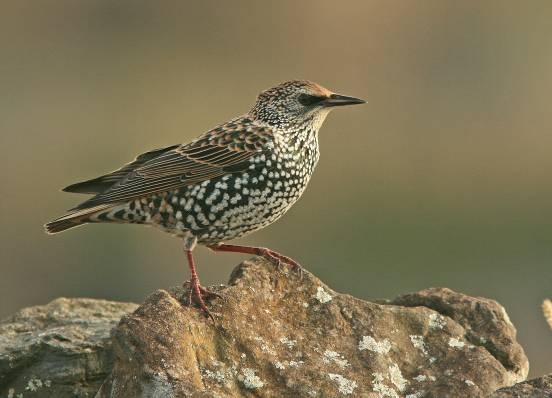 All nine islands are worth exploring in the winter. However, the most accessible and productive islands are Terceira and São Miguel and here is a suggested simple week itinerary:

São Miguel for Azores Bullfinch and waterfowl, Terceira for waders and gulls.

To arrange an independent tour to the Azores in winter please contact azoreschoice.com.

If you are interested in joining an organised winter tour to the Azores email me. 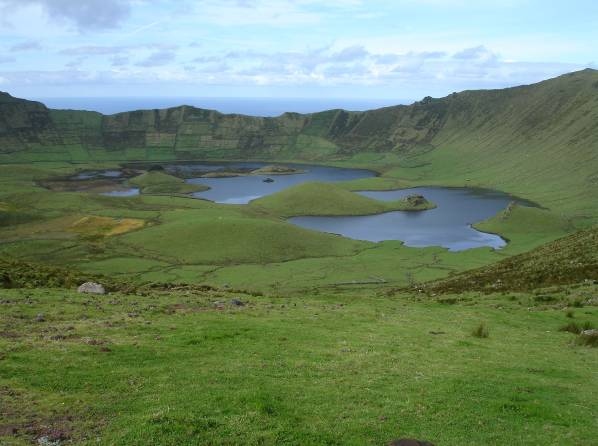 The crater lake on Corvo. Several of these crater lakes and lagoas are present across the archipelago and present habitat for wintering waterfowl and waders. (Photo: Peter Alfrey.)