Siskins are making a record splash in gardens this summer, as the latest results from the BTO Garden BirdWatch survey reveal. The influx, which has been most dramatic in Scotland and Wales, is unprecedented and appears to be the result of a good breeding season. Over the past few weeks, BTO Garden BirdWatchers have been charting an exceptional movement of Siskins into gardens, where the birds have been seen feeding on sunflower hearts and nyger seed provided in hanging seed feeders. The scale of the influx has staggered researchers monitoring how and when birds use gardens and the resources they provide. As Mike Toms, BTO Head of Garden Ecology, comments "The scale of this movement into gardens has caught us by surprise. At this time of the year we would normally see Siskins reported from one in twenty gardens nationwide but this year the figure has jumped to one in seven. In Scotland and Wales these delightful finches are being reported from roughly half of the gardens from which we receive weekly reports. We believe that the influx stems from the combination of a good breeding season — the Siskin is an early breeder so probably benefitted from the good weather at the start of the year — and the poor weather of recent weeks with the birds turning to garden feeding stations because of difficulty in finding food elsewhere." 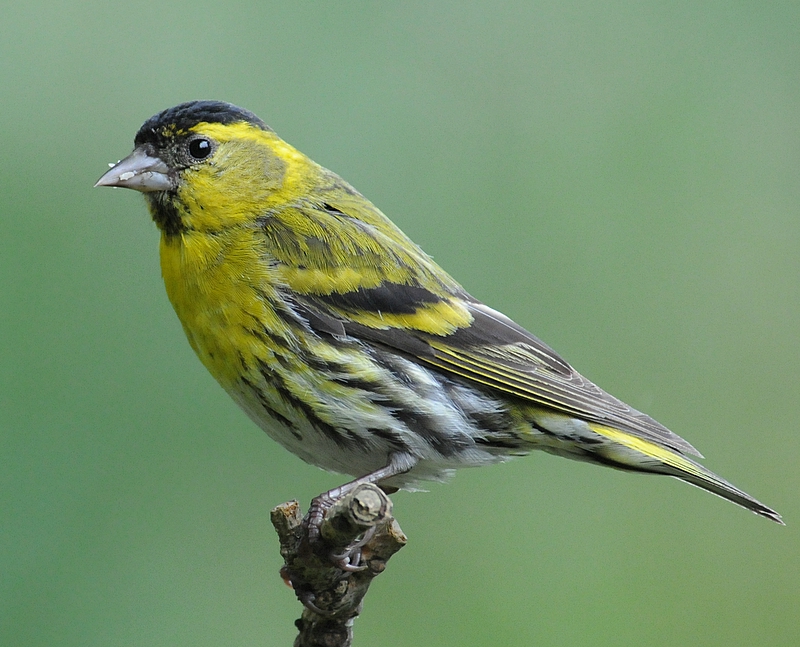 The BTO has charted a long-term increase in Siskin numbers nationally, the birds benefitting from the extensive areas of conifer plantation that are now reaching maturity and producing seed. Siskins feed and nest in conifer plantations, and their population has increased by 77% since 2004. Many of the Siskins being reported from gardens are young birds and, together with the adults, they may go unnoticed as they feed alongside the larger but superficially similar-looking Greenfinch. The BTO has reissued an identification guide to 'green' finches to help householders identify these birds. The guide can be downloaded via the BTO Garden BirdWatch website; alternatively, a hard copy can be requested from BTO Garden BirdWatch, The Nunnery, Thetford, Norfolk, IP24 2PU or by calling 01842 750 050.