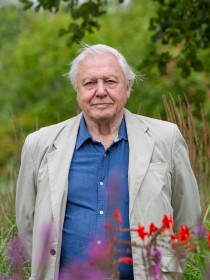 At the launch of the sixth Big Butterfly Count at the London Wetland Centre on 17 July, Josh Jones caught up with Sir David Attenborough, Butterfly Conservation President, to discuss butterflies, British biodiversity and prospects for the future. JJ: The Big Butterfly Count has been increasing in popularity since its inception in 2010. Just how crucial are citizen science projects such as this?

DA: Well I wouldn't say they were crucial in the sense that butterflies wouldn't become extinct if we stopped them, but they're very valuable. They tell us what is going on in terms of absolute numbers and also absolute species. Both of those facts are very important if we want to have some idea of what is happening to our butterfly population, and working out what needs to be done to help it.

JJ: I watched your recent interview with President Obama, and you talked specifically about how children are disconnecting with nature. Is this the sort of event that we need to help people reconnect?

DA: Yes, it's one of many. Birds, mammals, beetles, butterflies ... all these things are very important, and I don't know why we neglect plants in the way we do, that's very important as well.

JJ: So these citizen science projects really could be spread out across a lot of these areas?

DA: I think citizen science is a very useful and enriching development, and it's useful in practical terms of science. To get 44,000 people providing you with detailed statistics is a very valuable thing. But it's also a way of people enjoying themselves — it isn't as if we're saying this is a terrible hardship what we've got to do, it's fun.

JJ: BC has had wonderful success with the conservation of our scarcer butterfly species whether it be preservation of habitat, regeneration and some reintroductions. The Big Butterfly Count is more about common, everyday species that people are used to seeing in their gardens or local green spaces. What do we need to do ensure that these remain as they are and don't become, for example, the High Brown Fritillary of the next generation?

JJ: Absolutely, that's one of the things I always remember as a kid — buddleia stuffed with butterflies. The RSPB has been asking homeowners to leave their gardens untended as part of their 'Give Nature a Home' campaign. We as a society seem to have this misguided need for tidiness and order. How do we go about tackling that — is early education the key?

DA: Attitudes are changing all over the world. There was a time when nature seemed to be represented as though it were our enemy in a way ... that the main thing to do was to keep nature out of the garden, and plant what you want. Well that situation has changed, and in fact the British attitude to gardens has changed hugely in the past 20 years — I mean the movement of actually having natural meadows. And municipally, too; not far from here — and this [WWT London] is a wonderful place for me because I live close by — we have natural roadside verges and that municipal planting of ordered ranks of delphiniums and geraniums has gone out of the window — and quite right too. 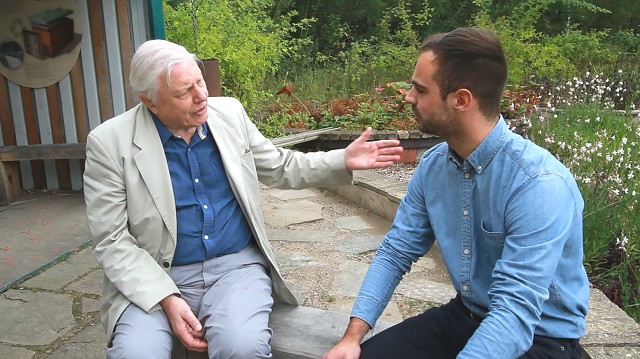 Sir David is encouraged by the progress shown in attitude towards gardens and wild spaces in the past 20 years.

JJ: We have a lot of good-news conservation stories in Britain these days, whether it be butterflies or birds, but there are obviously still some serious issues. We see the likes of ongoing persecution of Hen Harriers and other birds of prey, and the ongoing decline of once-familiar species such as Turtle Dove. Is progress really being made?

JJ: So would you say that over-population is probably the greatest threat to biodiversity in Britain?

DA: The rise in population is a problem worldwide, and there's no getting away from that. But the awareness of people of the natural world is increasing very much and people are more aware of the requirements of the natural world, how valuable it is and what can be done to protect it than they have ever been. The industrial revolution, which has spread worldwide, is what has pushed back the natural world. We're now realising the consequences of that and trying to do what we can to reduce the bad effects.

Things are improving, the number of birds in this country that are being looked after... we were out watching Spoonbills the other day on the East Coast. Well they weren't there before, in my youth — even [Little and Great White] egrets weren't there. Things change, and the climate's changing. We're getting butterflies now that we didn't get before.

JJ: That leads on to something else I wanted to talk about. Just a few weeks ago a study was published in Science Advances about the rapid acceleration of human-induced species loss over the past couple of centuries, which has led to the belief that we now are entering a sixth mass extinction. What are your thoughts on it and do you think there is still hope?

DA: Well the huge problem is the number of the human population, and population increase. When coupled with that you've got climate change — for whatever reason, it's certainly happening — the natural world is going to suffer, there's no doubt about that. The spread of humanity — the fact that there are three times as many people on this planet than there were when I first started making television programmes — is just astonishing if you think about it.

JJ: It's quite amazing to think about, and who knows where we will be in 50 years' time. But just to lighten the mood somewhat, can I finish by asking what's your favourite British butterfly?

DA: Peacock. I mean I love all the common butterflies and Peacock is one of the commonest ... it's having a good time, its numbers are doing very well and it's going farther north than we've ever known. 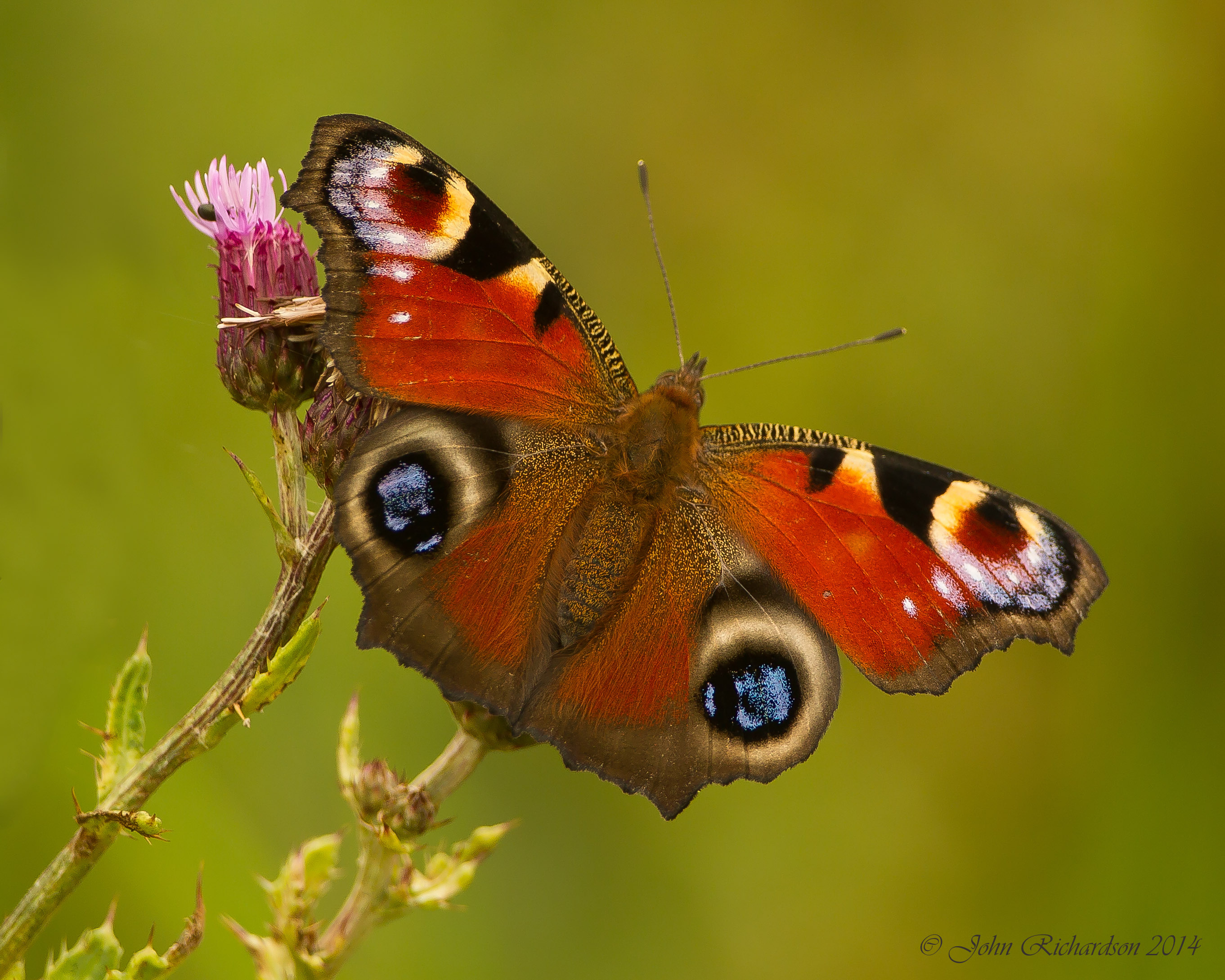 The Big Butterfly Count is a nationwide survey aimed at helping Butterfly Conservation to assess the health of our environment, and takes place from 17 July to 9 August. Launched in 2010, it has rapidly become the world's biggest survey of butterflies. Over 44,000 people took part in 2014, counting almost 560,000 individual butterflies and day-flying moths across the UK (see the 2014 results). Butterfly Conservation is hoping to improve on last year's participation — it is quick and easy to contribute, and anyone can take part.