An alarming and rapid decline has been documented at Europe's largest Arctic Skua colony in northern Norway.

Seabirds are among the most threatened groups of all birds, with populations of several species having crashed across Europe in recent decades.

Arctic Skua is among these, with significant decreases noted in many areas – such as in Scotland, where it has declined by around 80% in the past 25 years. Despite this, the species is still classed as Least Concern on the IUCN Red List, although it is considered Endangered on the European Red List of Birds.

While some populations of Arctic Skua, including that on Svalbard, appear stable for now, falling numbers have also been noted in core breeding areas such as northern Norway. A recent study set out to assess the fortunes of Europe's biggest colony of the species at Slettnes.

In the late 1990s, the estimated number of breeding pairs at Slettnes was around 250. However, fieldwork in the same area between 2016 and 2019 revealed between 65 and 112 pairs, meaning that this famous colony had more than halved in size in just two decades. 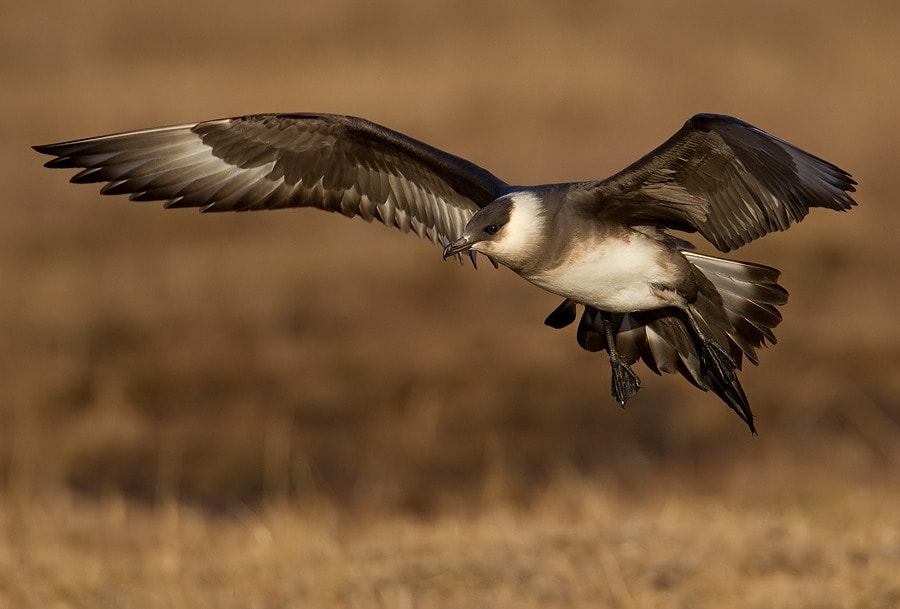 What was Europe's largest Arctic Skua colony has suffered a dramatic decline over the past 25 years (Paul Cools).

A stark contrast in breeding success was also noted. In 1997 and 1998 respectively, 84% and 94% of the pairs that laid eggs produced two eggs (others laid one). This decreased to 72-75% in 2014-2016 and 11-29% in 2017-2019. The number and size of eggs produced by females can be linked to their overall condition, which is driven by food availability. The team acknowledged that the decline in Arctic Skua along the coast of northern Norway is in line with decreasing numbers of Arctic Tern and Kittiwake, on which Arctic Skuas kleptoparasitise, with low fish stocks to blame.

As well as a lack of food in the seas off northern Norway, the researchers provide evidence to show that predation is also causing low breeding success in the Slettnes Arctic Skua colony. The increase in Red Fox numbers in the area also appears to be having a devastating impact. In the absence of foxes in 1997-98, almost no nests were lost. In contrast, predation caused almost total reproductive failure in five consecutive years between 2015 and 2019.

The team concluded that the future of the Slettnes Arctic Skua colony appears bleak, citing that "the reproductive output in recent years is far too low to sustain a stable population".