A tank, containing small fish fry, had been placed outside to help the local Common Kingfishers feed. A Kingfisher was regularly visiting to catch fish and David noticed the Robin watching on. After the Kingfisher had moved on the Robin flew down to the tank and watched the fish intently. Following this it jumped in to the water and, quite amazingly, successfully caught one and proceeded shake and bash it against the edge of the tank. After this the Robin went under the tank stillage to consume its prey.

David, who is a member of a small photographic group called Evolve, watched the Robin repeat this behaviour on at least seven other times throughout the day.

The Robin's behaviour and success rate appear to suggest that it was no stranger to the art of fishing. While this might seem scarcely believable, Robins are notoriously diverse and opportunistic in their feeding habits and Birds of the Western Palearctic (Cramp & Simmons 1980) quotes the following:

"Will take items from surface of streams, and recorded catching small fish from a drying stream and by plunging into pond ... once seen persistently wading briefly in stream up to c.7.5 cm deep to pick items off bottom, also hovering briefly over surface before plunging in, immersing head and shoulders."

A whole host of other unusual feeding behaviours are cited, including catching crustaceans in rock pools and from muddy creeks. Robin is evidently an intelligent species that is able to adapt to a wide range of circumstances, this particularly evident during challenging conditions such as cold spells of weather, as in this episode. 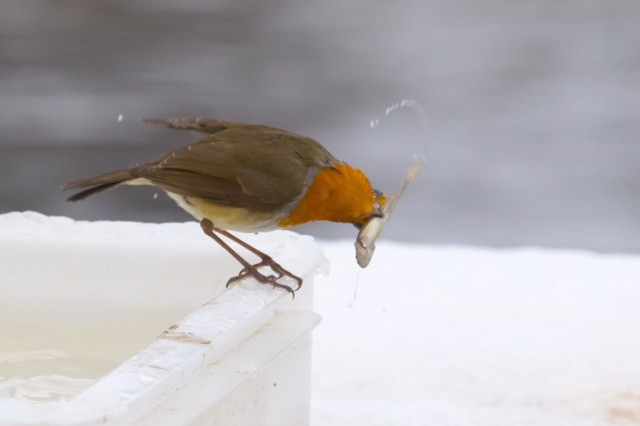 With the fish clearly impaled on its beak, the Robin violently shakes its prey (Photo: David Taylor) 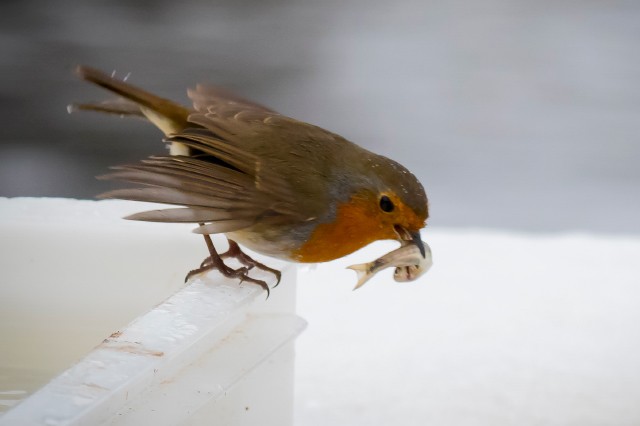 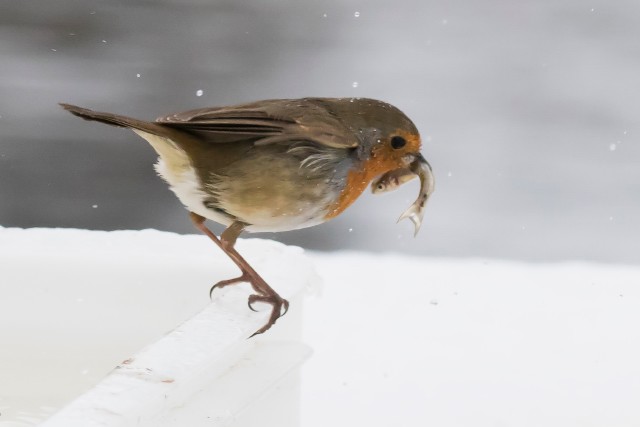 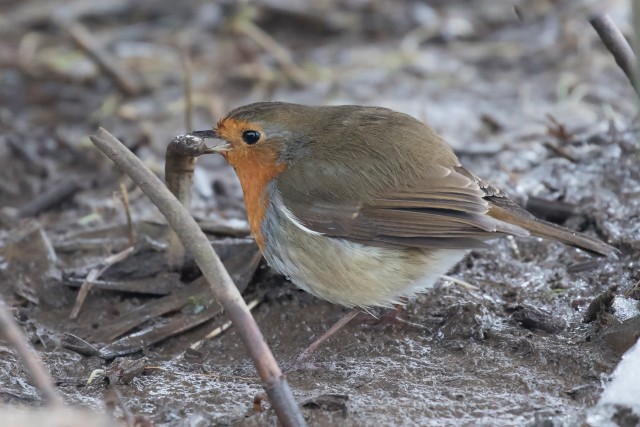 The Robin moves under the tank stillage to consume its meal (Photo: David Taylor) 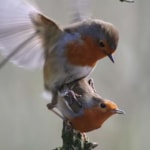