A recently published study has analysed the prey items of Eurasian Eagle Owls in the Camargue, France, and has found that Greater Flamingo represents a "very profitable" food source for the nocturnal predator.

Researchers noticed that the Greater Flamingo colony at Fangassier Lake, which comprises 11,000 breeding pairs, suffered multiple night-time disturbances from April 2017 onward. This in turn caused a gradual, stage-by-stage abandonment of the colony that spring, with the entirety of it having deserted the site by early May.

This worrying phenomenon was observed again in spring 2018, with the colony once again becoming completely deserted by May. It transpired that the disturbances were being caused by at least one adult Eurasian Eagle Owl, and researchers observed 19 cases of the owls predating adult flamingos.

An aerial view of the breeding islet used by Greater Flamingos at Fangassier Lake (Antoine Arnaud).

At the same time, 436 eagle owl prey items were identified from 15 different sites around the Camargue between 1994 and 2018.

Waterbirds made up nearly 22.9% of the identifiable prey (equating to 11.2% in biomass). Little Egret was the principal prey item, closely followed by Western Cattle Egret, although it transpired that Greater Flamingo was also very profitable in terms of biomass for the eagle owls – although only at Fangassier, where the predator took advantage of the flamingos' vulnerability on dry land during the breeding season.

The presence of Eurasian Eagle Owl around the periphery of the Camargue has long been documented, with its population seemingly on the increase. For example, the number of pairs in the Alpilles, a small range of low mountains in Provence, just north and north-east of the Camargue, is on the up: 30-35 pairs were estimated to habituate there in 1979, rising to 43-53 in 1991 and 80 in 2015. The impact, therefore, on prey items has inevitably increased, and it is feared that the abandonment of the Fangassier Lake population could become a more regular occurrence in the future. The researchers did note that the colony displaced to the nearby Étang du Roi, where it re-formed, which was considered to be an "encouraging response" from the flamingos to the problems at Fangaussier Lake. 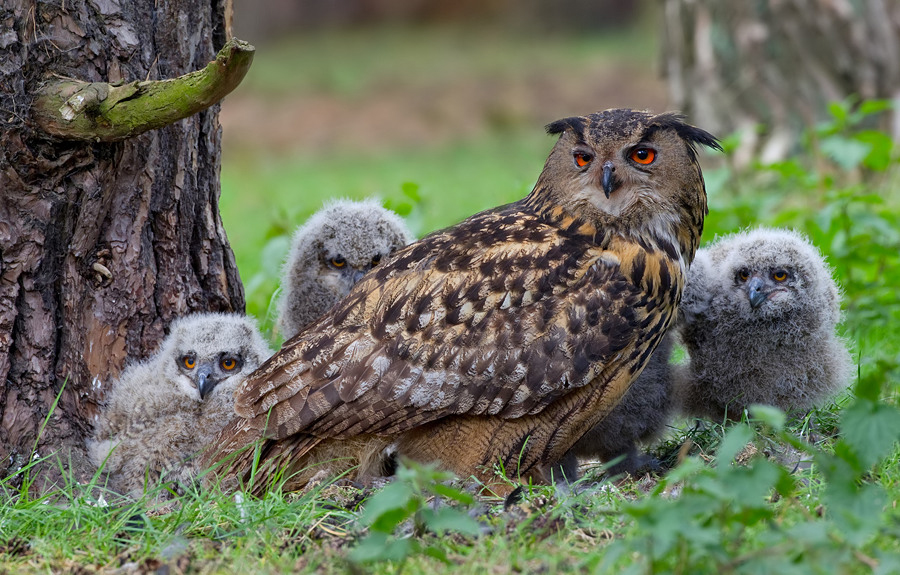 The breeding population of Eurasian Eagle Owl in the vicinity of the Camargue appears to be on the increase (Paul Cools).

It is well known that Eurasian Eagle Owls predate a wide range of birds and mammals, with the former including corvids, various waterbirds (including Great Cormorants and Grey Herons) and other larger species, such as Western Capercaillie. However, the predation of flamingos has never previously been documented in the wild – although a 2017 study did note that eagle owls were taking the chicks of three flamingo species kept at an ornithological park at Walsrode in northern Germany.