A new study has documented the steep decline of a population of endangered south-western Willow Flycatchers over 16 years in the USA along with the change in the sex ratio that has left the birds' future hanging on a dwindling number of males.

Changes in sex ratios can cause problems in small, declining populations, reducing individuals' ability to find mates and reproduce. From 2000 to 2015, Barbara Kus of the US Geological Survey and her colleagues monitored federally endangered south-western Willow Flycatchers on Marine Corps Base Camp Pendleton in southern California, collecting data as the population declined from 40 individuals to only five. They found that the number of adult males was stable until 2004, but then began to decrease sharply until females outnumbered males at least two to one from 2012 on.

As the number of males plummeted, more and more of them became polygynous, mating with multiple females. Kus speculates that this may have prevented faster declines. "It was particularly amazing to watch two or three males manage 10 or so females between them," says Kus. "They seemed to be able to increase their individual efforts such that every female was mated." 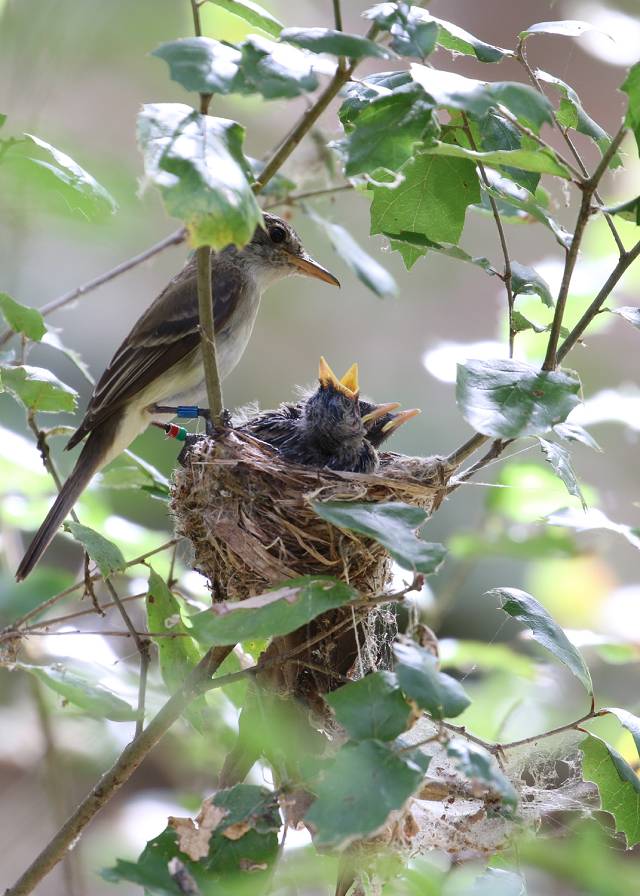 Willow Flycatcher is rapidly declining in California, and males are having to take on harems to breed successfully (Photo: S Howell).

Sex ratios of small populations can become unbalanced through chance, but it appears that other forces were at work in this case, as more female than male birds were hatched almost every year of the study. The sex ratio of birds' offspring can be influenced by factors ranging from the parents' size to land use practices, to the threat of nest parasitism, but it's unclear what caused the flycatchers in Kus' study to start producing more female offspring.

"The fact that we found a female bias not only in the adult population, but also in the nestling population and among recruits, suggests that the adult bias is not simply a random outcome of a declining population," says Kus. "Environmental or other factors may be influencing sex ratios at multiple stages of the life cycle, and more research on these potential factors would be useful. I think our findings indicate that it's important to track sex ratios as well as numbers in populations of species of conservation concern, in order to detect shifts that could affect population dynamics."