The sex ratio of Common Pochard populations across Europe and North Africa has changed, and may be playing a part in the species’ decline across the Western Palearctic.

These findings, just published in the Wildfowl & Wetlands Trust (WWT) journal Wildfowl, show that populations are becoming increasingly ‘male heavy’. Using data obtained in January 2016, the researchers compared counts from surveys carried out over the same area in January 1989 and January 1990, estimating that the proportion of males in the overall population was approximately 0.62 in 1989-1990 and 0.71 in 2016 – a significant leap. The two surveys covered the same 13 countries and an almost identical proportion of the population, suggesting that the observed change in sex ratio represents a real change in population structure. 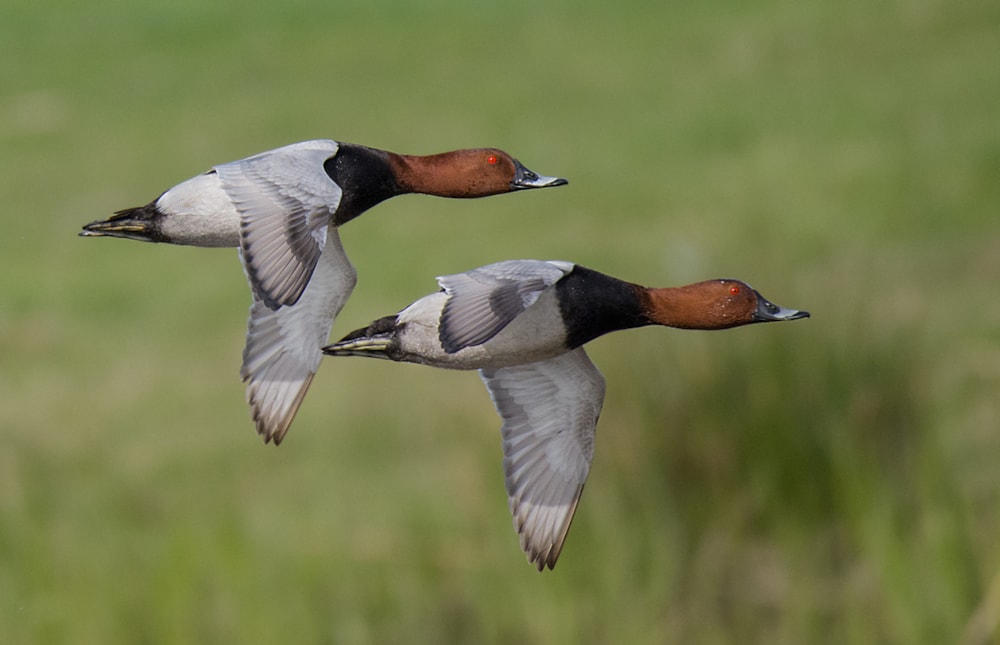 Male Common Pochard are typically dominant over females and therefore are able to occupy more favourable wintering areas that are closer to the breeding grounds, resulting in the sub-dominant females moving further afield (south). While male bias increased with latitude in both surveys, the observed relationship was weaker in 2016 as the increases in male bias between 1989-1990 and 2016 were greater in countries further south.

Given that the sex ratio of Common Pochard broods is approximately 1:1 at hatching, this strong, increasing male bias among adult birds is indicative of a lower survival rate in females compared with males. Add to this the declining population size, and it appears that female survival rates have decreased more sharply than those of males. Theoretically male survival rates could have increased more than those for females, but given the overall population trend this is unlikely.

Thererfore, factors adversely affecting female survival rate relative to that of males may partly explain the decline in overall Common Pochard abundance. One such possible reason is predation, with a recent review of the decline in the species' numbers suggesting that predation by a range of species including non-native mammals could be a major threat to breeding populations. Females spend more time on the breeding grounds, incubating eggs and raising ducklings, leading to an increased level of predation particularly during the incubation period.

Given the widespread and ongoing decline of Common Pochard throughout most of Europe and North Africa, further information on possible drivers of change is urgently required.