"What's the difference between birding and birdwatching?" I was asked this recently when recording a podcast about bird sounds, and the producer, Richard, was intrigued to know the distinction between the two. I explained that birding had been a more popular term in the United States, compared to our traditional use of birdwatching, but that in recent times – in fact more or less in the lifetime of this magazine – the term birding had gone from minority use to full adoption in Europe, too.

In some respects, and certainly in the context of bird sounds, birding is surely more apt. We don't just watch birds, we observe them, study their behaviour, watch their interactions, and listen to and learn their vocalisations. This all comes under the general umbrella of birding, which interestingly isn't even referenced as a term in The Ornithologist's Dictionary, published as recently as 2007.

Learning bird songs and calls is fundamental to birding. It's not something that everyone finds easy, and I've known a few birders who either can't face the challenge or frankly won't make the effort. Yet understanding what you hear when you're out in the field is so much more rewarding than simply using your eyes. Over time, it also becomes at least as important – many experienced birders will tell you that they identify more birds by sound than they do by sight. 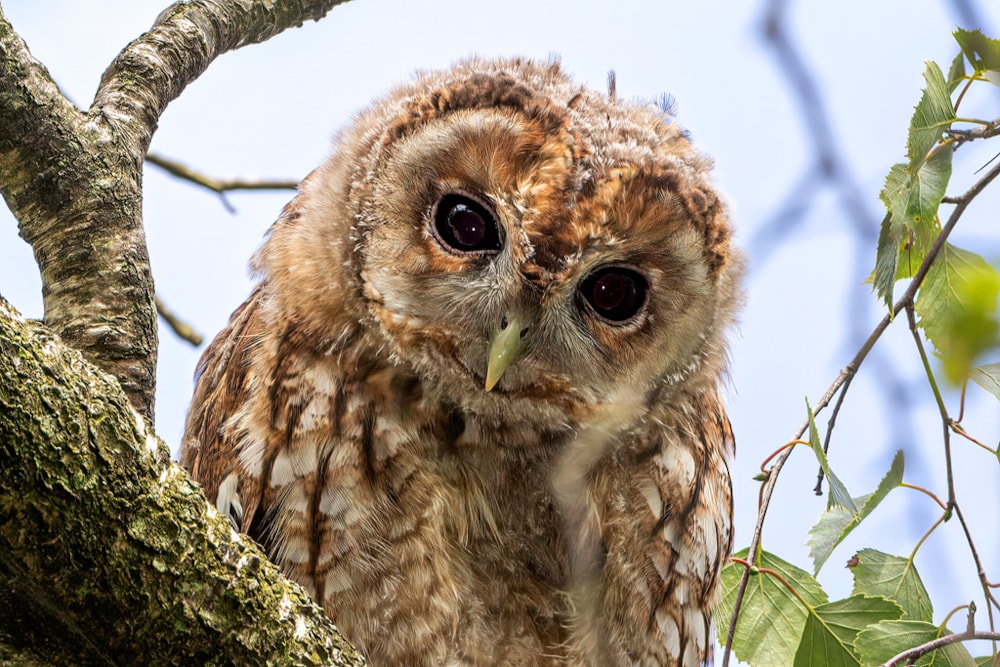 Tawny Owl is much more readily heard than it is seen (Derek Lees).

I explained this to Richard as we discussed our respective 'soundscapes'. He was fascinated by how people with different perspectives in life hear things differently. I hadn't really thought about it in that way before because listening to birds is a constant to me, but what my home city sounds like to the great majority of Londoners must be very different. Where they hear traffic noise, voices and the occasional siren, I hear birds above the rush-hour hum – often just the relaxed song of a Robin, the repetitive phrases of a Song Thrush or the distant caw-ing of a Carrion Crow, but birds all the same.

Particular sounds resonate with me decades after I first heard them. I was asked to name some in the podcast, and without hesitation I said Tawny Owl – I can still remember my 'lifer' Tawny hooting from the rooftops close to where we lived in north London when I was a young teenager. We learned to mimic the call by blowing into our cupped hands (a skill I seem to have lost over the years), and the owl would respond and occasionally even perch on our chimney stack.

I also recalled walking home from school through my local patch one May and hearing an unfamiliar song. I hadn't been birding long and didn't know what it was, but I staked out the patch of trees and eventually caught sight of a dull greeny warbler singing repetitively: it was a Common Chiffchaff, which I confirmed by playing a recording of its onomatopoeic song when I got home. That was the day the penny dropped, and I realised it was possible to identify almost anything I heard, with practice. 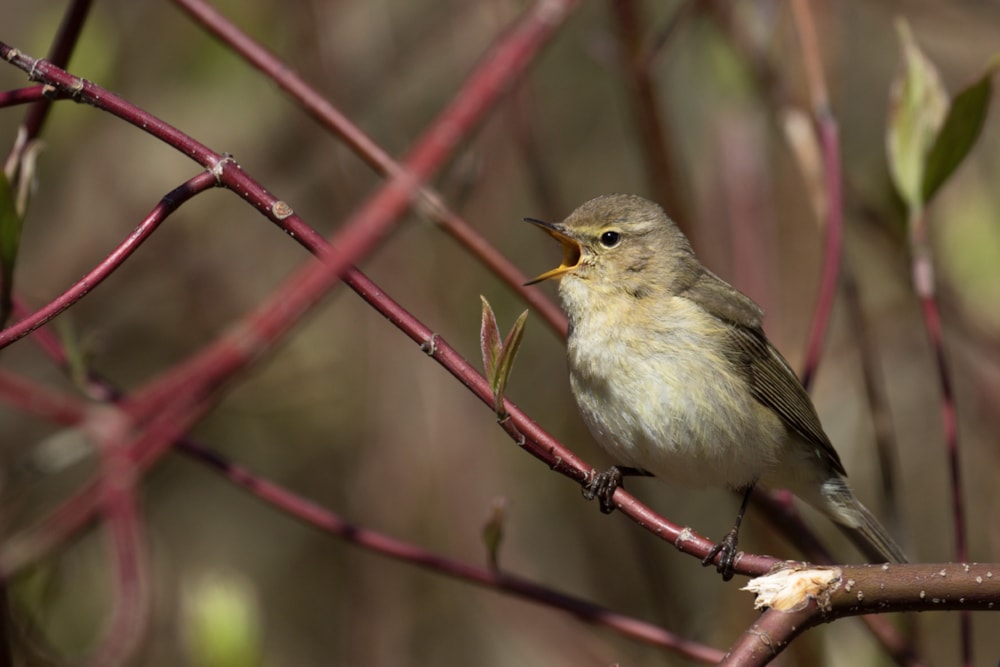 The distinctive song of a Common Chiffchaff is one the best ways to identify this often out-of-sight warbler (Tim Mason).

Several decades later I'm still practising, and all those songs and calls, even the incidental ones, remain an integral part of my birding. My soundscape is both transient and ever present. I don't wear headphones outdoors as that would shut it out – if I'd been doing that a couple of Octobers ago, I wouldn't have picked up the distant call of a migrating Lapland Bunting as I walked up my road in north London, nor the distinctive chip-ing of a party of passing Crossbills over my garden one July.

That, to me, goes some way to explaining the distinctions between birding and birdwatching. Fortunately, Richard didn't ask about the differences from twitching, or why twitchers almost never describe themselves as such. Now why is that?