When news of an American Robin in East Sussex broke in February, social media was buzzing with the excitement of the first 'big' rarity in some time. What a find on the edge of Eastbourne, a typical location for this mega-rare transatlantic wanderer – American Robins have a habit of shunning classic 'Yank' hot-spots and more often than not seem to turn up in suburban (or even urban) settings.

But if you thought I was tempted for a second to go and see it, you'd be wrong. News of this bird brought back painful memories of failed attempts to see the species in the past – including arguably my most spectacular long-range dip of all time. It might have been 34 years ago, but the ill-fated decision to drive from London to Inverbervie in Aberdeenshire to try to see the bird present there back in 1988 still hurts. A lot.

It had been found on Christmas Eve, but with various plans for the festive season already set in stone, it wasn't until 29 December that a car-load of us assembled at our rendezvous point in north London. Looking back, it was an object lesson in how not to organise a long-distance twitch – we hummed and hawed about whether to go on day-old news, and eventually left too late to make the whole journey in daylight, having to find a B&B in Montrose, and not arriving at Inverbervie until dawn the next day. 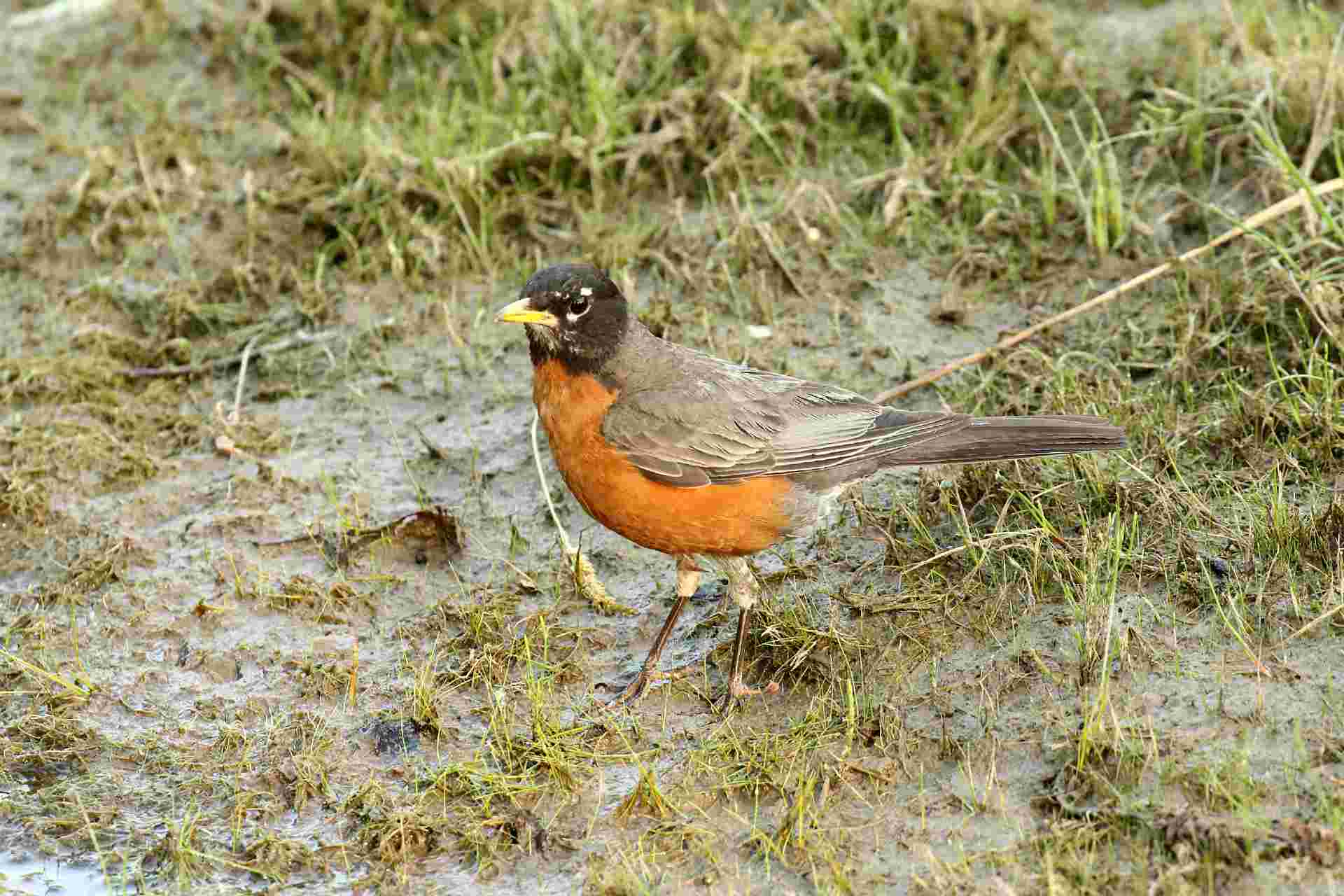 American Robin may be very common in its native North America, but it oozes rarity appeal on this side of the Atlantic (Dominic Mitchell).

Soon after first light, a shout went up and dozens of birders ran to a garden where someone said they had glimpsed the American Robin. Half an hour passed, then an hour, without further sign, so the crowd dissipated and the search area widened. At least we knew the bird was still there – or so we thought. That mistaken belief kept us on site for much of  the day, until it became patently clear that there was no bird and the initial claim had been 'stringy'.

I called time and we piled into the car, heading south at speed for Carnoustie where an Arctic Redpoll had been seen with a flock of Lesser Redpolls – we had to salvage something from the trip. As we arrived and got out of the car, a flock of redpolls flew high over our heads almost immediately and off to roost. It was game over – 1,030 miles for absolutely nothing.

That was not the end of  my American Robin saga. On 27 March 2006, while editing this magazine, I got a call from a friend in the RSPB's press office saying they had received images of an American Robin taken in Peckham, south London – just a few miles across the city. The bird had been present since January, but the non-birding finders had only recently identified the mystery visitor to their garden. News was quickly released and the next morning a significant crowd assembled to look for London's first American Robin (not including the one in Mary Poppins, which remains controversial!).

The team from the magazine got there early, but not early enough. Just four fortunate birders saw the robin soon after dawn, but then it vanished, never to be seen again. It seemed extraordinary that after many weeks in residence the bird should choose that very morning to depart, but that's exactly what happened – a once-in-a-lifetime opportunity missed by minutes.

I first visited the US in 1995 and saw countless American Robins during that trip, and subsequently on umpteen North American trips since then. I've even caught up with the species in Britain on a couple of occasions since that first doomed attempt, both far from home, but each time the robin was not the sole 'target' of  the trip.

Would I try again for another American Robin in London? Of  course – but the Aberdeenshire fiasco was the start of a lingering disillusionment with long-distance twitching which, in this carbon-conscious age, feels increasingly hard to justify on several levels. I'm not a saint and I do still occasionally indulge, but it generally has to be for a species I've never (or rarely) seen before. As long as it's not in Inverbervie.