For those who weren't busy celebrating, the Platinum Jubilee long weekend in June allowed more time to go birding and explore the countryside. If you did so, you may well have been reminded just how impoverished nature has become in recent times – never mind over the past 70 years.

When the Queen took to the throne in 1952, the United Kingdom was a much greener and more pleasant land. Birdsong echoed across a countryside replete with hedges, while wildflower meadows teemed with butterflies and all manner of insect life. The purring of European Turtle Doves was widely heard, and even Red-backed Shrike was still a common breeding species, with 60 pairs in the London area alone that year.

It certainly wasn't all rosy – the Red Kite population was at a very low ebb, Western Ospreys had yet to return and the disastrous impact of pesticides such as DDT was still undetermined – but, overall, the sheer volume of birds and insects greatly enriched the rural environment. Yet since 1970, 10% of  the country's birdlife has been lost, equating to tens of millions of birds, as have 97% of wildflower meadows since the 1930s. 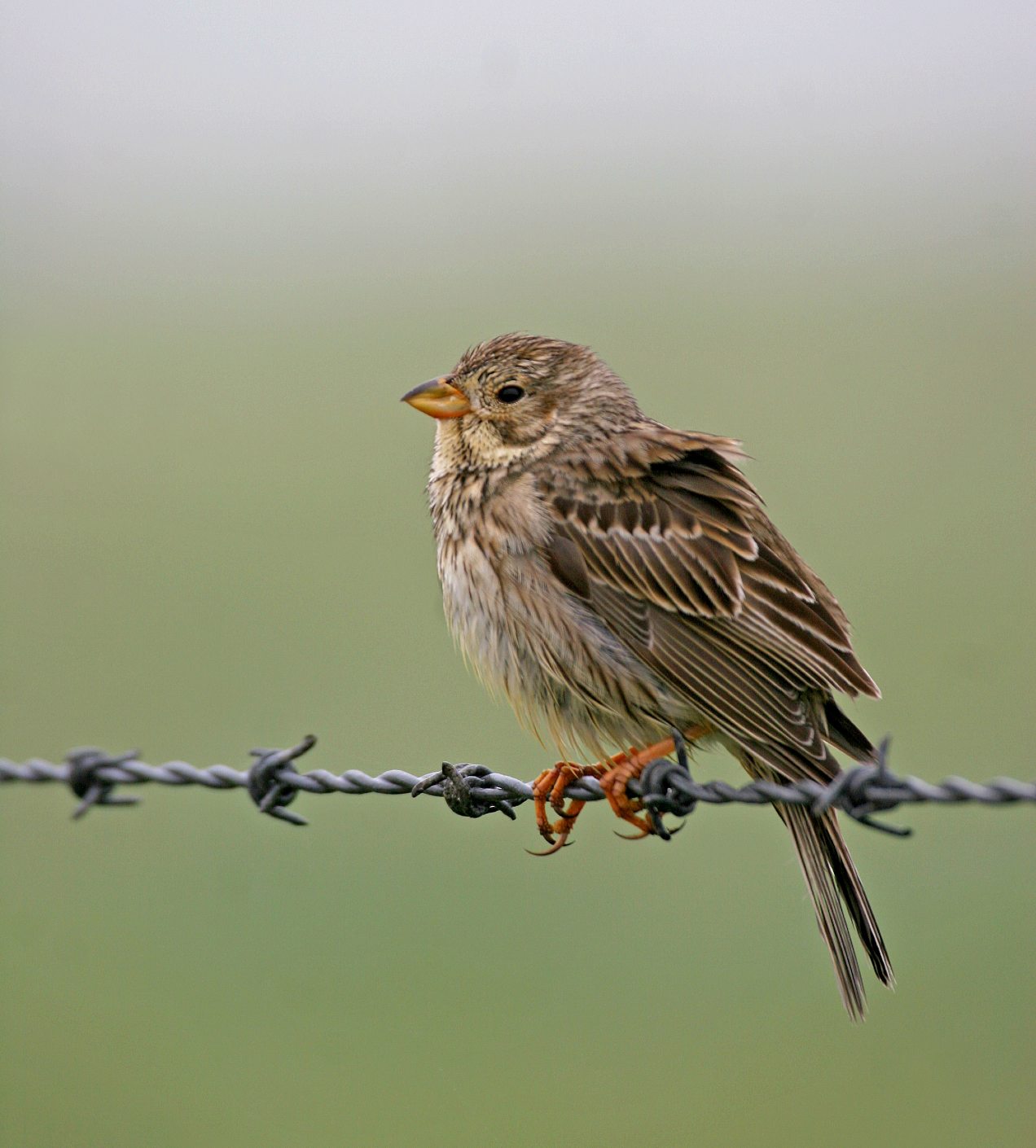 Jubilee bunting: rather than countless miles of single-use red, white and blue plastic pennants, wouldn't funding the recovery of much-declined species such as Corn Bunting be a better idea? (Dominic Mitchell).

These massive declines involve hugely complex issues and certainly won't be reversed any time soon. But for decades now conservationists have been warning of the perilous biodiversity and climate crises that are destroying the country's natural heritage, and environmental issues have become part of the national conversation – yet still almost nothing is being done.

Meaningful change means understanding the science, devising bold, impactful policies that will work, and finding the money to make that happen. It would have been a very small start in the right direction, but the £28 million the government set aside for jubilee celebrations could have been (almost literally) seed capital to start a national green revival, especially as other sources of funding were available to mark the jubilee – for example, the £3 million in grants for street parties from the National Lottery.

Most of us have little individual opportunity to make a difference on a large scale, but that's not the case for the monarchy. While Prince William expressed his concern for the environment during a speech in the jubilee celebrations, actions speak louder than words and the Royal Family could rise to the challenge and lead by example.

What form could this take? Here are a few starter ideas to turn encouraging words into positive action:

Bestow the Balmoral Estate to the nation as its biggest rewilding project. Lying within the Cairngorms National Park, the estate extends over a vast 20,000 ha and includes grouse moors – where habitat could be managed for all wildlife instead of shooting – as well as forests, mountains, farmland and part of the Dee river valley.

Similarly, rewild the Sandringham Estate in Norfolk. At 8,000 ha, Sandringham – which like Balmoral only came into royal ownership in the mid-19th century – is eight times the size of Minsmere RSPB and contiguous with Dersingham Bog NNR. It's also only 5 km from the showcase rewilding project at Wild Ken Hill.

In the short term, modify the ambitious scheme – costed at about £12 million – to send each child in the UK a book. Instead of it being about the Queen and her life and work, the monarchy could use it to educate the next generation from a personal perspective about biodiversity, the environment and sustainability.

One source places a similar figure on the value of the royal and state fleet of cars, many of them fossil fuel-guzzling Bentleys, Rolls-Royces and Range Rovers, which should be phased out and replaced by electric vehicles. There are many other ways, some practical and some symbolic, in which the monarchy can firmly nail its environmental colours to the mast – and for a Queen who has served a record-breaking 70 years on the throne, there can be no better or more important legacy.