In a box in a corner of my home office, dozens of A6-sized black notebooks and a few other motley diaries and exercise books are lined up chronologically in neat rows, each one labelled with the years and months of coverage and filled with lists, field notes and the odd sketch. Collectively they document more than four decades of personal birding effort, but for almost five years now they have felt like a historical artefact.

I never thought it would come to this. I grew up with notebooks and diaries, faithfully keeping notes on every foray into the field and writing accounts of youthful holidays and birding adventures abroad. How could I ever do anything else? How could anyone bird without a notebook?

Unaware of any viable alternative, I continued in time-honoured, longhand fashion, at the same time testing occasional software packages which made bold claims as to how they would revolutionise my birding. They rarely lived up to them and never felt like full-time replacements to old-school pen and paper.

In late 2015, however, I saw the future. On a trip to Honduras, one of the participants from the US offered to keep an eBird checklist and share it with the rest of us at the end of the day. Most of the others said yes, but I had my trusty notebook and was going to use it. So as we birded I wrote down everything laboriously while my new friend tapped species on his mobile screen in a fraction of the time.

At the log in the evening, I sat transcribing my notes into an A4 spreadsheet print-out while the others checked their shared eBird list. Within a few minutes, their sightings had been submitted to a global database at the Cornell Lab of Ornithology in upstate New York, instantly updating distribution data for every species we'd seen.

It was that easy, that fast and that efficient. I was amazed, and hooked. 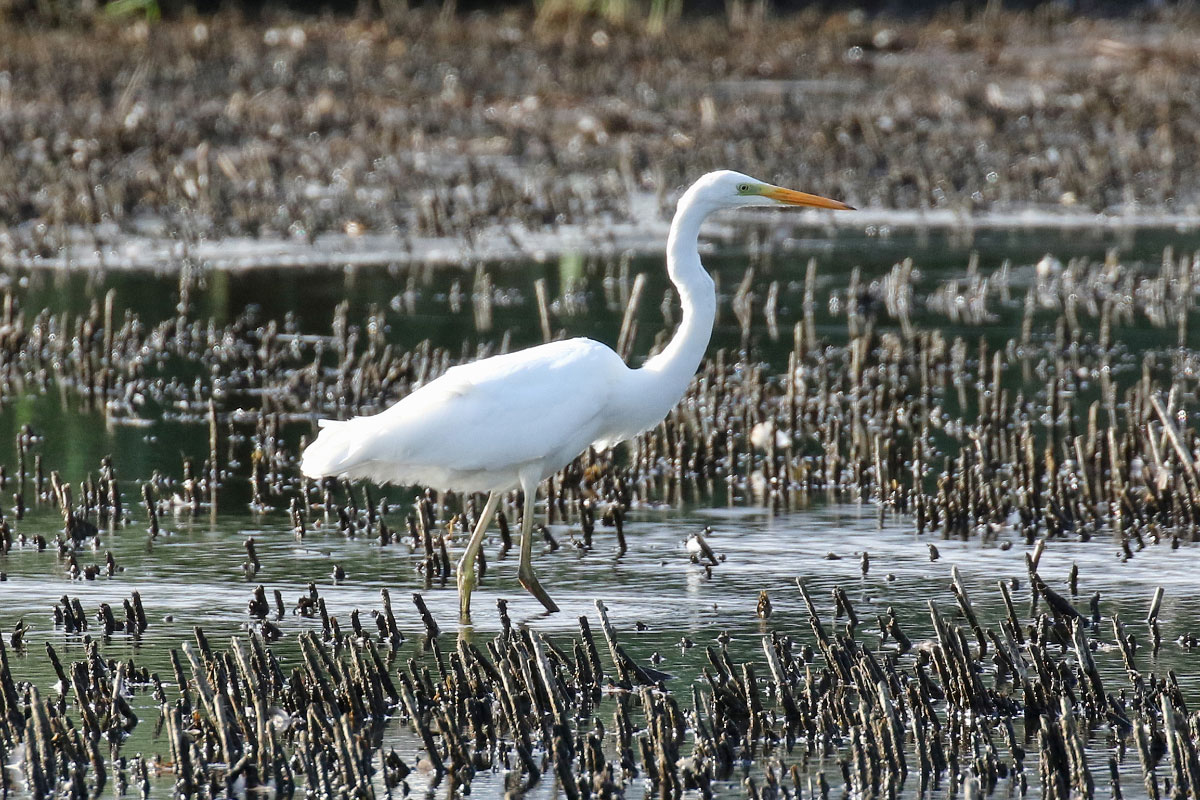 Despite its large world range and expansion in western Europe, the overall population trend for Great Egret is not actually known. Sightings of such species by birders that are submitted to eBird, rather than kept in personal notebooks, can make a significant contribution to the knowledge gap and help plot up-to-date distributions and changes (Dominic Mitchell).

A couple of weeks later back in the UK, I visited Rainham Marshes on 1 January 2016 and entered all my sightings straight into the eBird app. I've done so every single time I've been birding since then. To begin with I also entered all those same observations into my notebook, finding it impossible to discard the record-keeping discipline I'd maintained for 43 years. That double effort barely lasted until spring, when I finally put down my notebook for the last time.

Do I miss it? Yes, but mainly for nostalgic reasons. I look back through those crumpled old pages and fondly remember trips with friends, remarkable places, finding or twitching rarities, and recording bumper days on my local patch. Then I come across the odd record that I never got round to sending to the county recorder, or the occasional blank page where my notebook got left at home and never updated.

Now, I can locate any of my sightings anywhere in the world within a few seconds. I can find all my records of one species in one place, or view everything I've ever seen at one site, in any country or in any year. Crucially, all of my records are now stored for the benefit of science and conservation in the eBird database, along with those of 593,000 other birders – an extraordinary resource of immeasurable benefit to birds, and birders, everywhere.

eBird has also instilled a more rigorous approach to my birding. All distribution data is valuable so I now record every species I see and enter counts for each one. I cover more ground in the field to work sites more extensively, and using the app's new Explore feature have started birding locations I wouldn't otherwise have visited.

None of this takes away from the value of personal note-taking over so many years, but it does show the seismic advances made possible by this ground-breaking platform. There's now a much better way not just to record the birds we see, but to utilise our data for the benefit of research and conservation. What's not to like?