When I first visited the Azores in 1994, the birding focus was on finding the endemic Azores Bullfinch and looking for rare waders and wildfowl. Vagrant vireos and warblers were barely on the radar, and the island of Corvo was unknown to birders – and seemingly also to the local tourist office, who rather than recommend a visit wanted me to see an aviary full of canaries instead.

It took another 11 years for someone to put Corvo on the birding map. Step forward Peter Alfrey, whose three-week Azores adventure in October 2005 coincided with the arrival of Hurricane Wilma. He visited Corvo for the first time but became stranded as the winds hit. It started raining rarities, including the first White-eyed Vireo for the Western Palearctic and ultimately a staggering 16 new species for Macaronesia (the Atlantic island region that includes Azores, Madeira, Canaries and Cape Verde).

"I had just completed an 84-hour week of the most intense birding I had ever experienced ... soon I was throwing up," Peter recalled vividly afterwards (Birdwatch 172: 37), exhaustion forcing him to take a break and sit down – only to find the Western Palearctic's third-ever Hooded Warbler while doing so.

That endeavour inspired me to return to the Azores, initially with friends in October 2007, when our successes included the first White-winged Tern for the islands and a major influx of Semipalmated Plovers. I was back a few months later to see Azores Bullfinch conservation in action, ahead of Birdwatch becoming a BirdLife International Species Champion for what was then a Critically Endangered endemic.

From October 2008 I began leading groups to the islands, and we got off to a flying start when, in a densely vegetated valley on Corvo, it became my turn to find a Hooded Warbler – the adrenaline rush almost becoming a torrent as a Yellow-throated Vireo emerged from cover in the same bushes. Fortunately I managed to keep my breakfast down as we watched these Western Palearctic megas – the fourth and third records respectively – before joining forces with the only other birders on the island, two Swedes, and going on to see Northern Parula, Yellow-bellied Sapsucker, Hermit Thrush and Blackpoll Warbler. 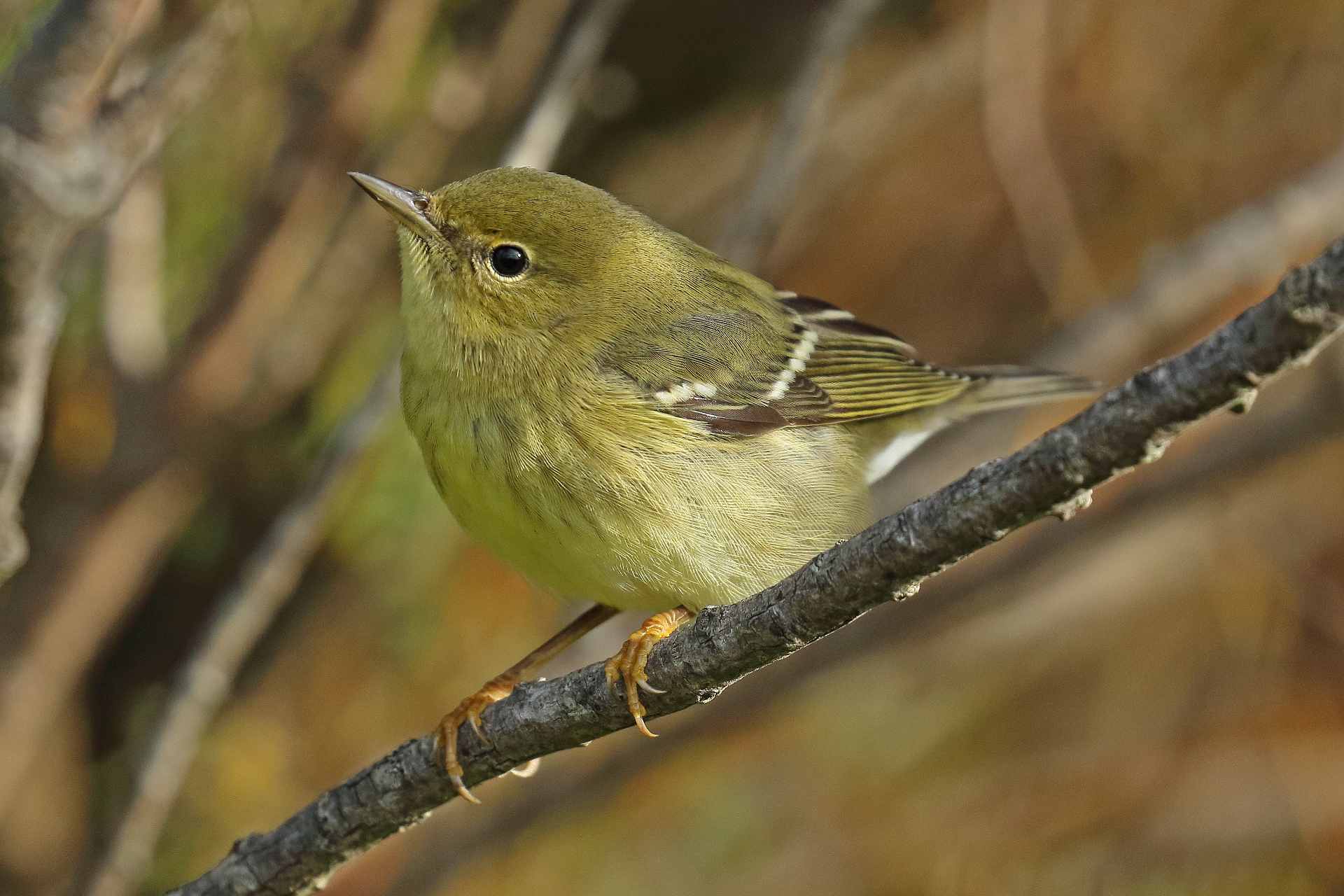 Blackpoll Warbler is among the more regular Nearctic vagrants in the Azores, with appearances closely linked to westerly weather systems (Dominic Mitchell).

These are the magical moments in birding that stay with you forever, and from that point on I went from Azores fan to fanatic. Autumns on Corvo and then its larger, more heavily wooded neighbour, Flores, produced an increasingly long list of  American birds at this most westerly point of Europe – and a decent haul of rare and scarce European visitors too.

Yet there is potential for more discovery. A May visit to Graciosa produced an intriguing morning with Black Kite, Rough-legged Buzzard and two 'European' Common Buzzards alongside the distinctive local rothschildi Common Buzzards – how had these raptors, usually so averse to lengthy sea crossings, made it so far out into the Atlantic, and seemingly together? That same trip I went on to Santa Maria and found the islands' first Woodchat Shrike and saw an injury-feigning Killdeer that later proved to be one half of a breeding pair.

Some islands remain poorly explored by birders, many of  whom are drawn straight to the obvious attractions of Corvo, but these untouched corners of the archipelago would surely repay attention. The island of São Jorge, for one, is rarely birded. Even the main island of São Miguel, home to the endemic (and thankfully now increasing) bullfinch, has hosted American passerines, and has relatively few resident birders.

Inevitably, restrictions during the pandemic have affected travel to the islands, but with the situation improving I'm looking forward to returning with another group this October, 28 years after my first visit. Will this be the autumn when I realise my ambition to find a Yellow-breasted Chat? However improbable that may seem, stranger things have happened in the Azores. I live in hope.