The researchers behind a new study in The Auk: Ornithological Advances found that the presence of bluebirds is likely a net positive, and they did it by analysing DNA in bird faeces.

Bluebirds are one of several groups of birds that catch insects on the wing, but because they're constantly on the move and the animals they eat are tiny, it's difficult to determine exactly what species make up their diet. 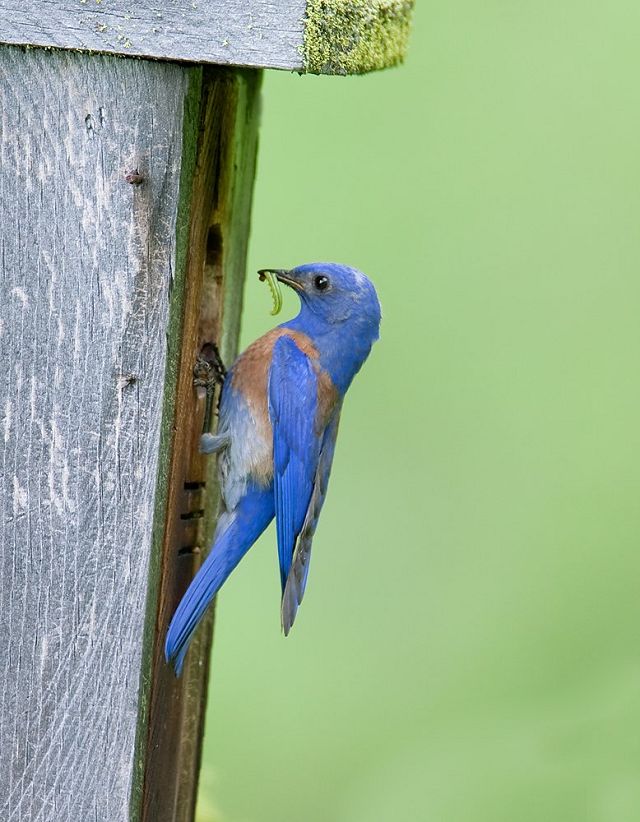 Western Bluebird has been shown to eat the insects that constitute pest species on crops rather than the insects which prey on those pests (Photo: G Woods)

"Many people I talk to get a very romantic vision in their minds when they think about how beautiful it must be to do fieldwork in California vineyards, especially in the Napa Valley," says Jedlicka. "Honestly, the landscape was beautiful but the fieldwork is very demanding. Temperatures during the summer often rose into the 90s and 100s, and I was lucky to have wonderful help from vineyard farm workers and undergraduate field assistants."

"This study provides important new insights, both in terms of its findings on bluebird diets in vineyard ecosystems and in its advances in molecular diet analyses," according to Matthew Johnson of Humboldt State University, an expert on ecosystem services provided by birds who was not involved with the study. "Even though the authors did not find specific pest species in bluebird diets, they did confirm that bluebirds are mainly eating herbivorous insects, including those in the same families as major pests. This suggests bluebirds may contribute to ecosystem functioning in these systems. Their work also illustrates the power of new techniques to reveal bird diets and marks new advances in scatology."