Diving is quite a rare ability among birds. Of more than 700 species of waterbird across the world, fewer than a third dive in pursuit of food, but these species are highly specialised. A recent study has shown that these diving birds are at greater risk of global extinction.

Evolutionary scientists Joshua Tyler and Dr Jane Younger investigated the relationship between the diving ability of a species, its physical characteristics and its risk of extinction. 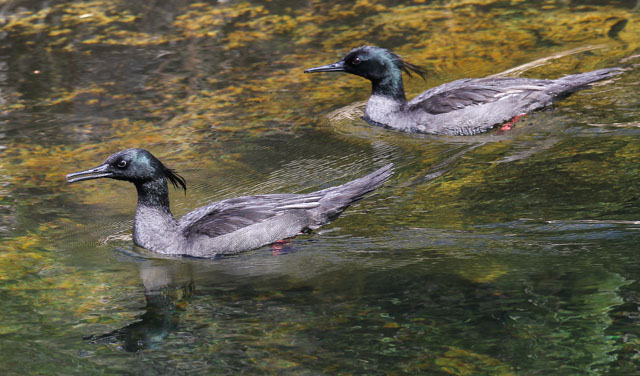 Brazilian Merganser is an example of a 'foot-diver' and is currently listed as Critically Endangered (Jacques Cloutier).

They found a strong relationship between diving behaviour and body size, with larger diving species tending to move underwater with their feet or wings, while most of the smaller diving species plunge-dive into the water from the air above. All three methods of propulsion have evolved independently, according to the study.

Tyler said: "Waterbirds were grouped together as being highly related following genetic analysis of the bird family tree in 2015, so I wanted to investigate how evolving to be able to dive had affected their body shape, niche adaptation and evolutionary diversity.

"For example, penguins are highly adapted for their environment – they have a torpedo body shape that helps them swim fast, but they don't fly and they can't move that well on land.

"This means they can't easily adapt to other environments or types of diet. In contrast, plunge-divers like gulls are more generalists – they eat anything from fish to Cornish pasties -- and we found they are exploding in diversity.

"Our data show that the specialist birds are in more trouble in terms of future extinction, and may be evolving into an evolutionary dead end."

Tyler and Dr Younger hope the work, funded by the University of Bath and a scholarship from the Evolution Education Trust, will inform conservation action by predicting the species at worst risk of extinction.