Days to Remember: a series of the finest

Since I began birding around the age of seven, the hobby has provided me with countless unforgettable moments watching birds in some of Britain's many obscure corners, as the lengths I'll go to to get as much as I can from my birding ever increase. Here, I am lucky enough to share a synopsis of my most memorable days out so far.

This day didn't start well but ended up being, without doubt, the best birding experience I've ever had. A logistical hiccup early in the morning meant that I ended up with no more than two minutes at St Levan, Cornwall, to look for the Scarlet Tanager before I had to head to Penzance to catch the Scillonian III for my half-term break on the islands. This, inevitably, became two minutes' worth of abject failure and I bitterly wished the waiting birders good luck as I departed. This was an example of one of the rare moments that I wish I wasn't a twitcher; I would normally have been very excited about spending a week on my favourite islands in a Yank-filled autumn, but I was instead in a wired state trying to formulate a contingency plan should the tanager be reported again and the need to return to the mainland therefore arise.

Fortunately I became one of the jammiest people on earth halfway through the sailing, when the almost preposterous news of a Scarlet Tanager on St Mary's came through. The ferry simply could not go fast enough until I got off at the quay along with my companions and we jumped in a cab; the driver already knew where the bird was, and dropped us as close to it as possible. The crowd seemed to be watching it as we ran towards them and birders walking away gave us the reassuring news that it was still showing but, moments before we joined the scrum, it disappeared. What seemed like an age passed with no sign of the bird and people began to drift away, including my friends. In reality, only half an hour or so had gone by and I stood by my rule of staying with the rarest bird, even though there were some very tempting rarities only a short walk away. 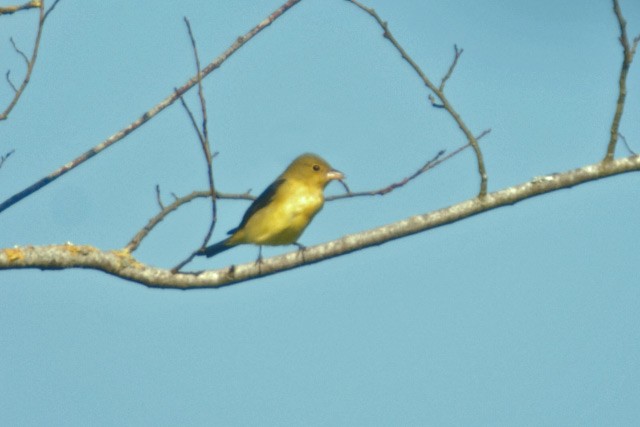 Just when I was beginning to wonder whether my time might be better spent elsewhere, a birder called the few remaining hopefuls into the nearby pine belt. From there, I caught a flash of yellow-green and black as the Scarlet Tanager sallied out of the Pittosporum. The bird worked its way ever closer and views became better and better before it perched in a close-by dead tree for a good minute of two then flew over us and away, never to be seen again. For once I truly had been in the right place and the right time for a brief, spectacular and very rare bird! I was also incredibly grateful that I no longer had to worry about the Cornish bird (which incidentally never reappeared). There was so much more yet to come, though ... I caught up with my friends around the corner at Borough Farm as they were kicking themselves at having given up so easily. Meanwhile, the long-staying Upland Sandpiper paraded along the furrows of a bulb field by the lane, providing excellent views and my second lifer of the day. Once I'd enjoyed the bird for a while, I continued towards Newford Duckpond where two Olive-backed Pipits were a bit harder to see but afforded adequate views through the scope. Lifer number three! 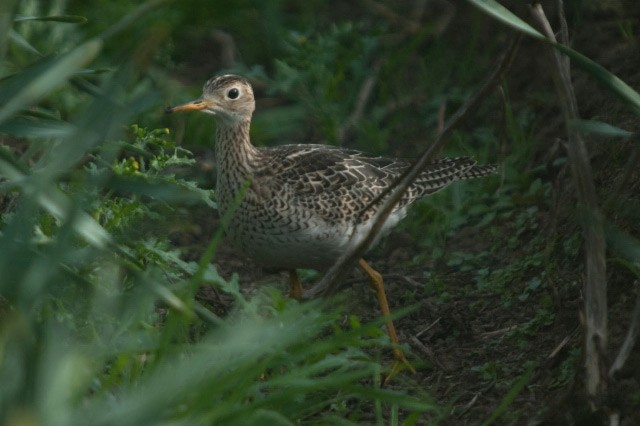 The venue for the last light of the day was hardly a difficult choice: Lower Moors. There the Wilson's Snipe probed the mud just yards away from the slats of the ISBG Hide, the most subtle bird of the day but perhaps also the most educational (as well as being lifer number four). At dusk, the celebrity Northern Waterthrush that I had twitched a month earlier fed around the Shooters' Pool and ended the most rarity-filled five hours I think I'm ever likely to have! 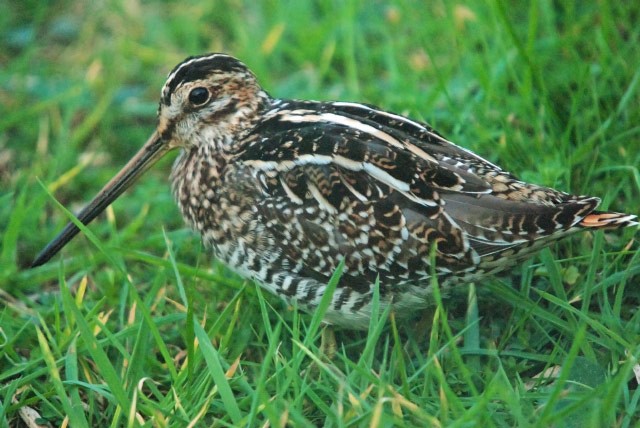 A patch of farmland and woodland with very few previous ornithological records has become my main patch over the last four years, and a reasonable collection of scarce county birds have been satisfying rewards for the time and effort spent there. The events of 4th May 2012 will be hard to beat in terms of adrenaline levels, though. A chat with Canons Farm stalwarts Roy Weller and Nigel Sluman, while watching a small group of Wheatears and Yellow Wagtails, transformed into mayhem when Roy picked up a flock of small waders circling the fields. As it's a dry inland site, any wader sighting here increases the heart rate, but these birds were Dotterel, the first in Surrey since 1884 and the first in the London recording area since 1994. There were no fewer than 15 of them, most in fabulous spring adult attire, and they dropped down for a number of people to see before the sun set. Pure class. 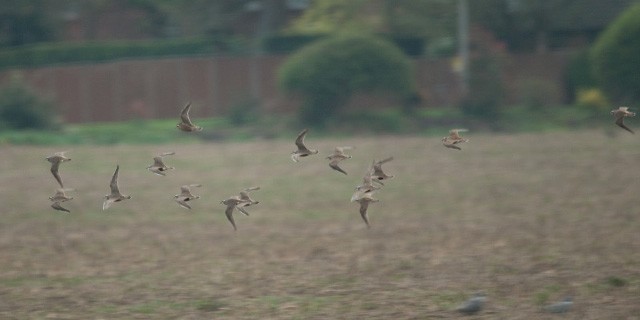 The year I moved from primary to secondary education was the same year I started twitching. A Black-winged Stilt was my reward in 2005 for my first trip to see a specific rare bird, and this was followed by a Collared Pratincole later in the summer. It was at the tail end of the year, however, that my third-ever twitch became firmly etched as one of the most exciting days I've ever had birding. The venue was a chilly but bright Rainham Marshes RSPB; I arrived to the sight of two Penduline Tits flying around the reedbed, but I was anxious to secure my main target, a critically endangered species from far to the east. Thankfully, the Sociable Lapwing didn't keep me waiting too long and it dropped in with a flock of Lapwings, sitting long enough for me to watch it closely and make awful attempts at digiscoping it! The lapwing and the descending sun didn't mark the end of the day for I secured a further two lifers before my parents ushered me away. Neither was as rare as the birds I'd already been enjoying but they were just as exciting at the time: a Dartford Warbler and a male Black Redstart.

Contrary to popular belief, inland birding is far from dull. At least, it's not dull if you don't get to spend much time at the coast. Beddington has a firm place in local birding history and an elite of hard-core patch birders; these gentlemen introduced me to the rewarding practice of watching a local site through the seasons. A rainy spring day saw me crammed into a busy hide (more like a tin hut) by the main lake as my companions and I watched migrant birds fly through the site. Flocks of Whimbrel headed north while two Arctic Terns dropped into the lake. Eight Little Gulls later followed the Whimbrel and a Ring Ouzel provided a reward for braving the weather and taking a walk. All of this visible migration was just one short bus journey away from my doorstep — pure magic!

Since that first twitch for a Black-winged Stilt, the lengths I will go to see a rare bird have increased each year, and in February I travelled far as the Scottish islands for the first time. I couldn't have hoped for a more enjoyable introduction to Shetland, with wonderful company making the journey there and back a pleasure more than an ordeal and the Pine Grosbeak, our quarry, being astonishingly accommodating in the pines at Housesetter. The back-up birds made the trip all the better: a Ring-billed Gull, three Glaucous Gulls (together) and an assortment of winter coastal birds. Twitching as it should be. 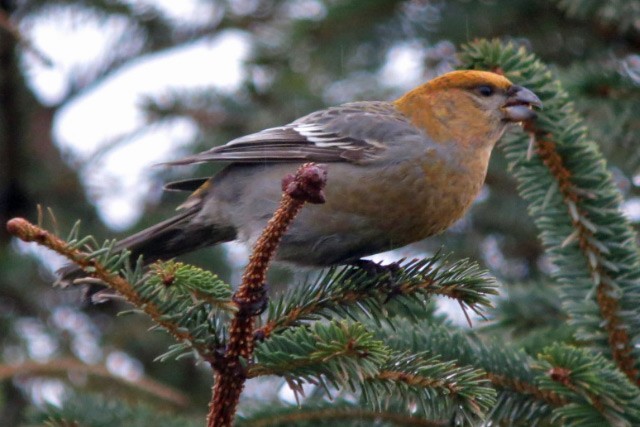