Crows have long been heralded for their high intelligence: they can remember faces, use tools and communicate in sophisticated ways. Now research shows that crows join humans, apes and monkeys in exhibiting advanced relational thinking.

Russian researcher Anna Smirnova has observed a Hooded Crow making the correct selection during a 'relational matching' trial. "What the crows have done is a phenomenal feat," says Ed Wasserman, a psychology professor at the University of Iowa, and corresponding author of the study. "That's the marvel of the results. It's been done before with apes and monkeys, but now we're dealing with a bird; but not just any bird, a bird with a brain as special to birds as the brain of an apes is special to mammals."

Wasserman said the Russian researchers have studied bird species for decades and that a main theme of their work is cognition. He credits his counterparts with a thoughtful and well-planned study. "This was a very artful experiment," Wasserman says. "I was just bowled over by how innovative it was." 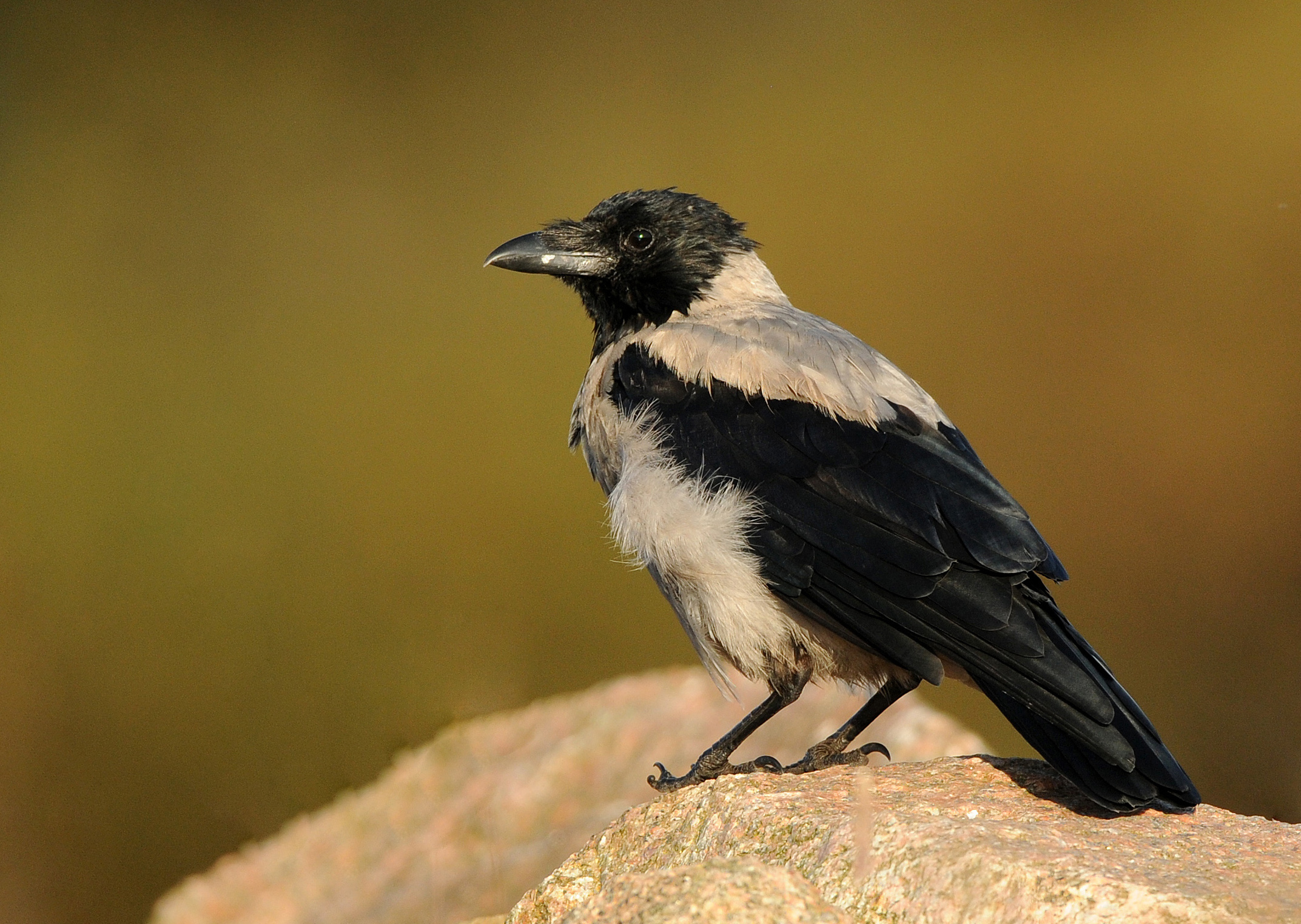 The study involved two adult Hooded Crows that were trained and tested to identify items by colour, shape and number of single samples. The birds were placed in a wire mesh cage, into which a plastic tray containing three small cups was occasionally inserted.

The sample cup in the middle was covered with a small card on which was pictured a colour, shape or number of items. The other two cups were also covered with cards, one that matched the sample and one that did not. During this initial training period, the cup with the matching card contained two mealworms; the crows were rewarded with these food items when they chose the matching card, but they received no food when they chose the other card.

Once the crows had been trained on identity matching-to-sample, the researchers moved to the second phase of the experiment. This time, the birds were assessed with relational matching pairs of items. These relational matching trials were arranged in such a way that neither test pairs precisely matched the sample pair, thereby eliminating control by physical identity. For example, the crows might have to choose two same-sized circles rather than two different-sized circles when the sample card displayed two same-sized squares.

What surprised the researchers was not only that the crows could correctly perform the relational matches, but that they did so spontaneously without explicit training. "That is the crux of the discovery," Wasserman says. "Honestly, if it was only by brute force that the crows showed this learning, then it would have been an impressive result. But this feat was spontaneous."

Anthony Wright, neurobiology and anatomy professor at the University of Texas-Houston Medical School, says the discovery ranks on par with demonstrations of tool use by some birds, including crows. "Analogical reasoning, matching relations to relations, has been considered to be among the more so-called 'higher order' abstract reasoning processes," he says. "For decades such reasoning has been thought to be limited to humans and some great apes. The apparent spontaneity of this finding makes it all the more remarkable."

Joel Fagot, director of research at the University of Aix-Marseille in France, agrees the results shatter the notion that "sophisticated forms of cognition can only be found in our 'smart' human species. Accumulated evidence suggests that animals can do more than expected."

Wasserman concedes there will be skeptics and hopes the experiment will be repeated with more crows as well as other species. He suspects researchers will have more such surprises in store for science.