Cox's Sandpiper: the species that never was

In 1996, what was until then one of the world's rarest birds, Cox's Sandpiper, began to disappear from field guides and national lists. However, this was not another sad tale of human neglect leading to the extinction of a formerly widespread species. There was another reason the form was so rare: it was not a species at all. It was a hybrid between two well-known and widely distributed waders familiar to British birders: Curlew Sandpiper and Pectoral Sandpiper. 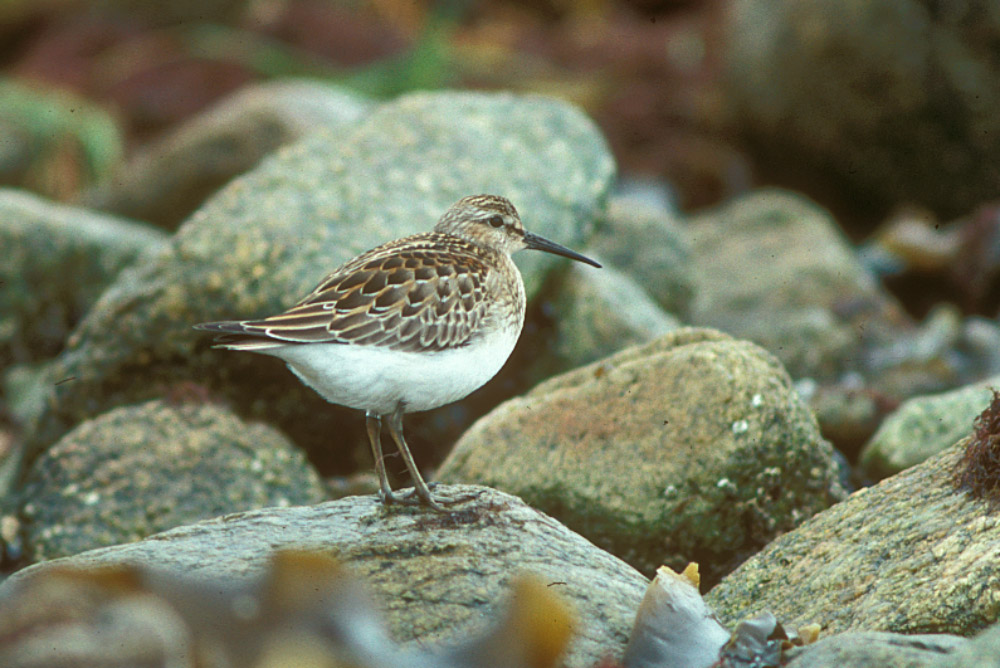 The first known juvenile example of Cox's Sandpiper as photographed in Plymouth Bay, Massachusetts, from 15-22 September 1987 was mistnetted and ringed as a Pectoral Sandpiper, put on the local rare bird telephone answering machine as a Sharp-tailed Sandpiper, and finally declared as a juvenile Cox's the day before it left (Simon Perkins).

The saga of Cox's Sandpiper began in 1955. The first-ever vagrant Dunlins for Australia had been claimed and accepted, particularly as the species had predicted in the past, but as up to 20 records accumulated (some more convincing than others), some of the birds were considered to look anomalous. Australian ornithologist (and English immigrant) John Cox attempted to solve the ever-growing conundrum by collecting two specimens of this clearly rare form in 1975 and 1977 for the South Australian Museum.

A similarly rare and unusual Calidris sandpiper had first been collected in 1833 on Long Island, New York, USA, and both Australian Cox's specimens were sent to the American Museum of Natural History there for comparison with another extremely rare form, 'Cooper's Sandpiper', which had been named in 1833. The Antipodean birds were patently not the same 'species' and, with the photography and collection of a live individual in Australia in 1981, Shane Parker named the bird Cox's Sandpiper after the scientist who first noticed its differences. Dunlin was duly removed from the Australian list (though has since been reinstated following records of genuine vagrants).

With its species status officially confirmed, Cox's Sandpiper began appearing in field guides, though some underlined the fact that not everyone thought a hybrid origin had been ruled out. The bird itself looked similar to both Sharp-tailed and Pectoral Sandpipers, but differed in its longer and down-curved dark bill, less strongly marked breast, streaked undertail coverts and olive-green legs. It was reported to have more heavily barred underparts during the breeding season and a similar but shriller call to Pectoral. In the field, birds were described as comparable in size to Pectoral Sandpiper but more squat-looking and somewhat Red Knot-like. However, there has been some variation noted in descriptions of individual birds. 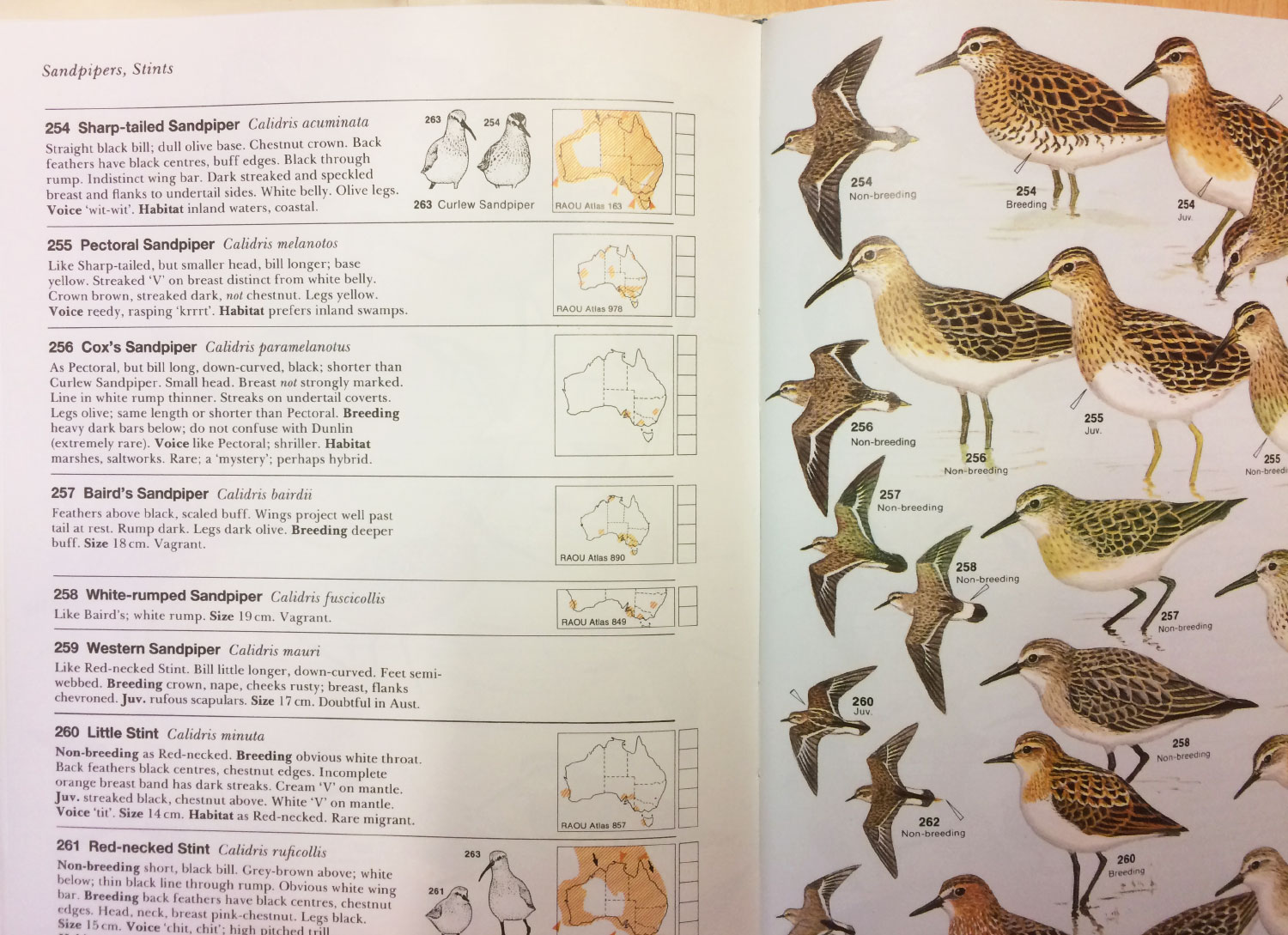 Even in this 1994 edition of Simpson and Day's Australian field guide, Cox's Sandpiper is illustrated as a full species: "Rare; a 'mystery': perhaps hybrid."

A re-examination by Cox in 1989 and 1990 of the specimen of 'Cooper's Sandpiper' led him to feel that it was akin to Cox's, despite some differences. In 1990 he published a paper analysing the feather patterns of Cox's, Cooper's, Sharp-tailed and Curlew Sandpipers and Knot, concluding that all Cox's and Cooper's were probably hybrids.

Three Cox's Sandpiper specimens then underwent analysis of their mitochondrial DNA in 1996 (Christidis et al 1996), which showed that all three were the result of mating between a male Pectoral and a female Curlew Sandpiper. Cooper's is also now thought to be a hybrid (possibly involving Sharp-tailed Sandpiper), though the authors only claimed this status for the specimens of Cox's they examined personally.

As hybrids between waders are quite rare and poorly documented, and many calidrids are both similar and often closely related, it is perhaps not hard to understand why such an unusual form was believed by so many to be a new species on its discovery. Cox's records in Australia are largely associated with wintering or migrating flocks of East Asian species such as Red-necked Stint and Sharp-tailed and Curlew Sandpipers, which indicates a likely origin of where the crossbreeding has taken place. 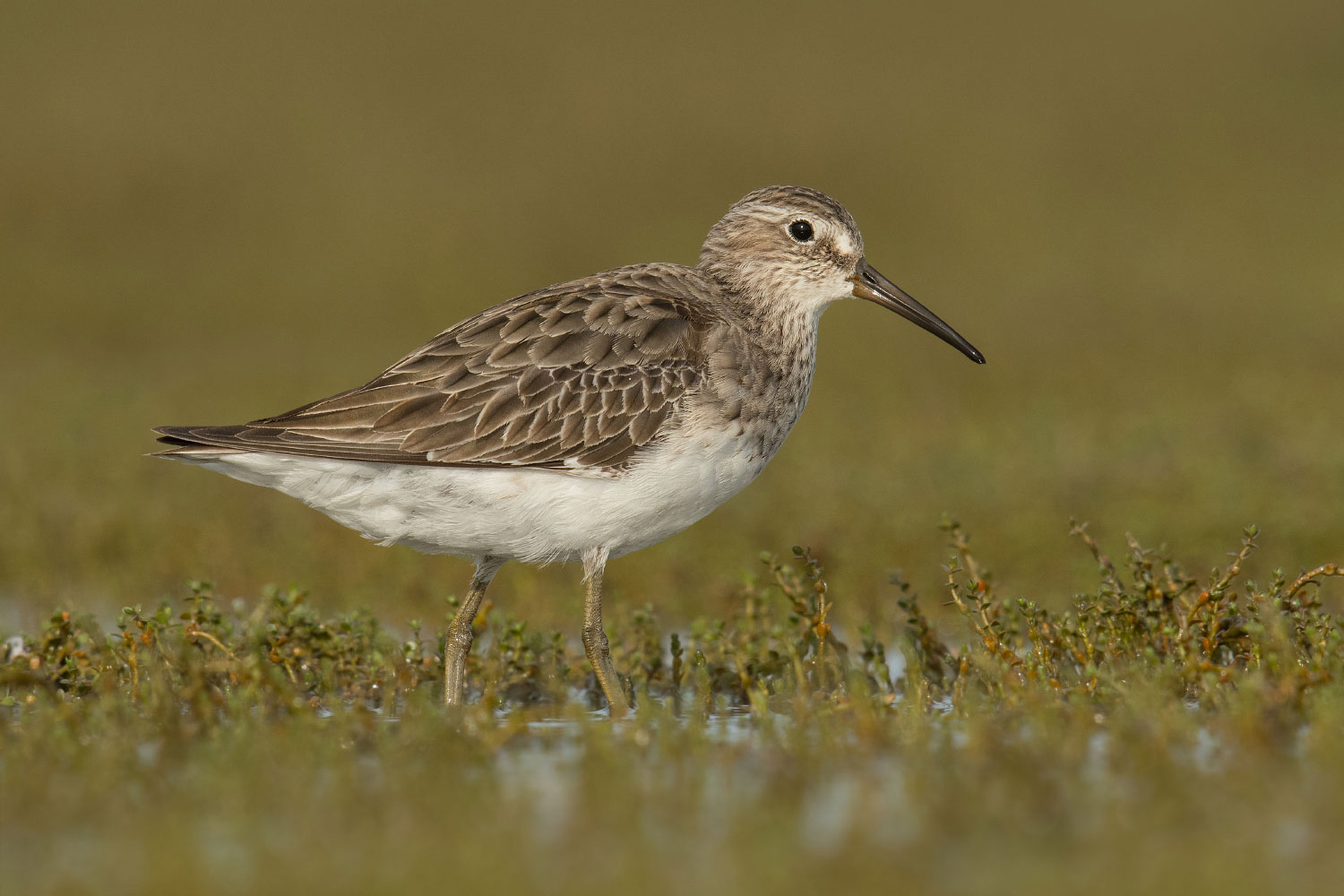 This Cox's Sandpiper was seen at Lake Ellesmere, South Island, New Zealand, on 25 November 2016 and shows the interesting combination of pectoral band and long, curved bill from its parent species (Mike Ashbee).

Further examples of Cox's have continued to be found, mostly in Australia, and this explains its presence in some older editions of the country's field guides. In September 1987 the first American occurrence of Cox's was described, with a bird being photographed and trapped in Plymouth Bay, Massachusetts. This was the first record for the Northern Hemisphere and the first known juvenile, making the discovery quite the coup at the time. This latter well-documented bird was discovered while mist-netting, and was initially thought to be a Pectoral Sandpiper – in fact some of the observers still held out hope that Cox's would be confirmed as a good species one day.

This century, another occurred in late August 2001 in Shintone, Japan, while one frequented Mai Po wetland, Hong Kong, on 4 April 2017. There have been no records in the Western Palearctic, but with Europe being one of the main migration routes for Curlew Sandpiper, and receiving increasing records of Pectoral – presumably from the Siberian population – it may only be a matter of time before one is identified more locally. The form's obscurity will surely lead to much potential confusion among its finders. 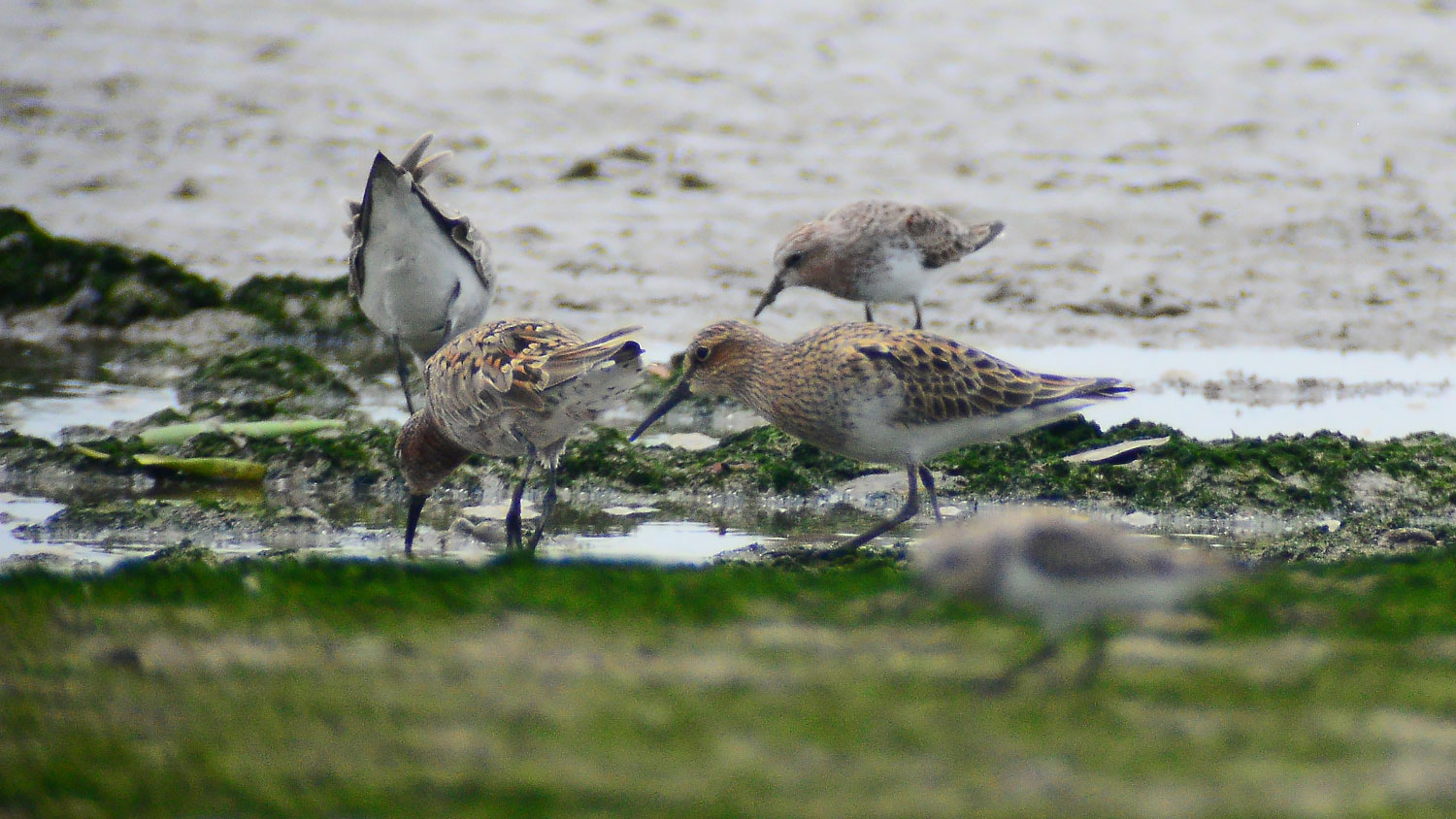 Though an extremely rare hybrid, Cox's Sandpiper is still being seen to this day: the central bird was at Mai Po Wetlands, Hong Kong, China, on 4 April this year, with Curlew Sandpipers and Red-necked Stints (Pan Lau).