The British Trust for Ornithology (BTO) has for the first time quantified the carbon footprint of volunteers travelling to randomly allocated survey locations.

The efforts of thousands of volunteers across the country is vital in drawing up population trends for Britain's birds and other wildlife. The information gathered is essential for conservation work, but the carbon cost of the associated travel had never previously been assessed.

Researchers at the BTO estimated the distance travelled by volunteers to take part in the Breeding Bird Survey (BBS) in 2019. This long-running survey involves two visits each breeding season to each randomly allocated 1-km square. Surveyors were asked which mode of transport they used to reach their survey area. Aside from 'Upland Rover' squares, which are often combined with personal travel, the average round trip was 22.5 km (14 miles). 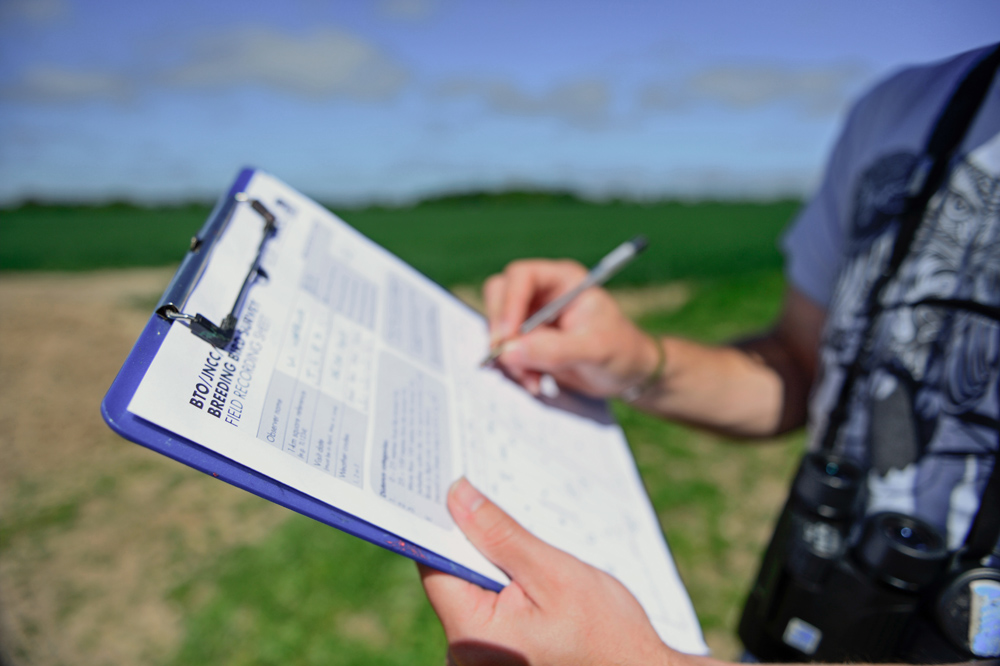 Some 2,765 volunteers took part in the Breeding Bird Survey in 2019 (David Tipling).

It was found that 92% of the 286,000 km travelled for the survey was covered using private cars, amounting to a minimum of 47 tonnes of CO2. This is comparable to the combined annual emissions of four adults in the UK, or 15 return plane tickets between the UK and Australia.

Meanwhile, just 10% reached their allocated square by foot or bike, and only 1.4% of visits were made by public transport.

Dr Simon Gillings, lead researcher on the paper, said: "Why does this matter? These emissions may seem insignificant, accounting for 0.0001% of total UK emissions in 2019, but it is important that our sector, which is tasked with monitoring and conserving the natural environment, should quantify its own carbon footprint and report on this in an open and transparent manner.

"Companies are expected to understand the emissions they produce, not just at their premises but also in their supply chains, and it is right that research and conservation institutions should  act in a similar way, determining their own footprint and acting to reduce this where they can.

"We want to understand the collective footprint of this core monitoring scheme, and encourage others working in conservation and research to quantify the impacts of their activities.

"In our sector, the onus of decarbonisation lies firmly with the organisations running the monitoring schemes, and research and conservation institutions need to find ways to balance the benefits of accurate biodiversity information with the carbon costs of acquiring it. By being transparent and open about our impact, we can encourage other industries to do the same."

It has long been clear that the ability to reach randomly allocated survey squares, which are often far from population centres, has been a barrier preventing those without private transport from contributing to the survey. As transport becomes decarbonised, this may present a more serious challenge for the survey, which relies on random allocation to generate robust population trends. BBS started in 1994, when it replaced the Common Birds Census (CBC). Data from both schemes can be combined to produce population trends for common birds dating back to the 1960s.

Professor James Pearce-Higgins, BTO Director of Science, explained: "Because of its design, the Breeding Bird Survey is an incredibly important tool, providing an annual assessment of the changing fortunes of breeding birds, including tracking the impacts of climate change. Although this work highlights a previously unrecognised cost to this monitoring, the resulting evidence base remains vital to support informed decision making and conservation action, and we are incredibly grateful to all the birdwatchers who participate."