Conservation action has prevented the global extinction of at least 28 bird and mammal species since 1993, a study led by Newcastle University, UK and BirdLife International has shown.

Publishing their findings in the journal Conservation Letters, an international team of scientists have estimated the number of bird and mammal species that would have disappeared forever without the efforts of conservationists in recent decades. The researchers found that 21-32 bird and 7-16 mammal species extinctions have been prevented since 1993, with the ranges reflecting the uncertainty inherent in estimating what might have happened under hypothetical circumstances. 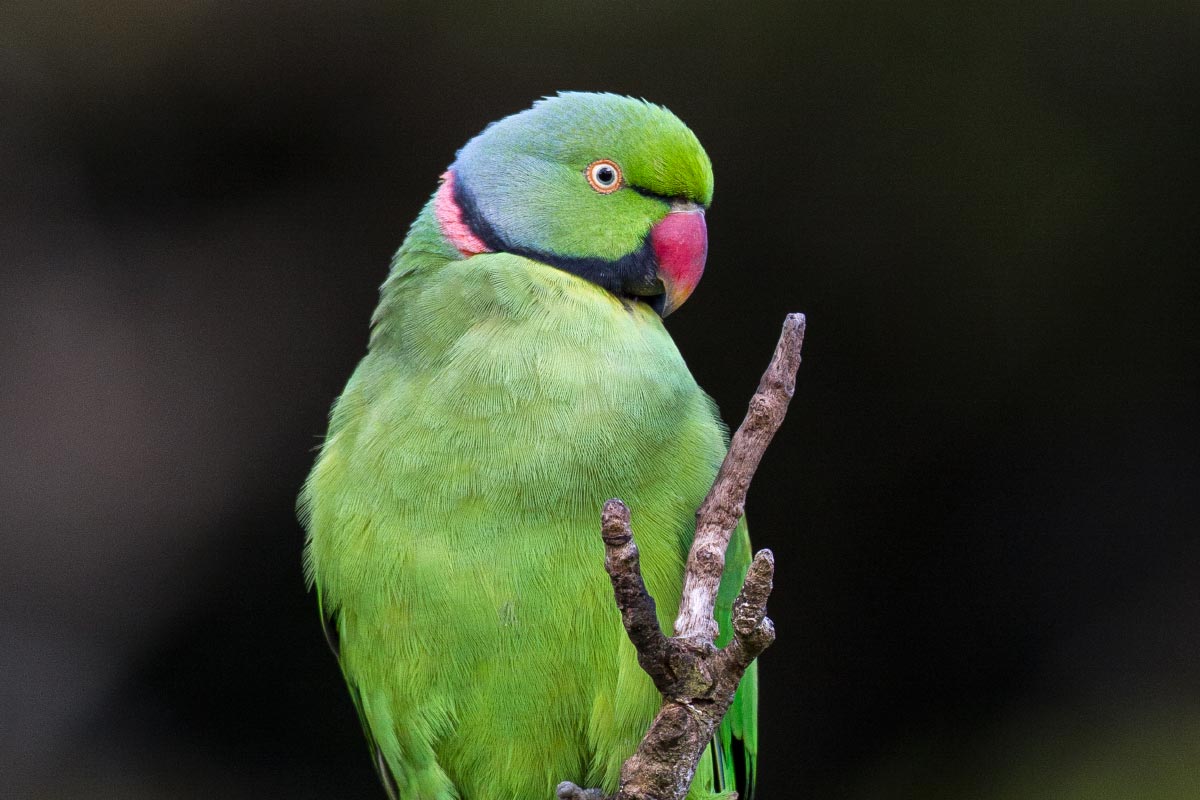 Echo Parakeet has been saved on Mauritius thanks to focused action in recent years (Jacques de Speville).

The study has highlighted the most frequent actions to prevent extinctions in these bird and mammal species. Twenty-one bird species benefited from invasive species control, 20 from conservation in zoos and collections, and 19 from site protection. Fourteen mammal species benefited from legislation, and nine from species re-introductions and conservation in zoos and collections.

The research team, involving experts from BirdLife International, Sapienza University of Rome, Manchester Metropolitan University, Italy and the Zoological Society of London, among others, identified bird and mammal species that were listed as threatened on the International Union for the Conservation of Nature's Red List.

Led by Dr Rike Bolam and Professor Phil McGowan, from Newcastle University's School of Natural and Environmental Sciences, and Dr Stuart Butchart, Chief Scientist at BirdLife International, the team compiled information from 137 experts on the population size, trends, threats and actions implemented for the most threatened birds and mammals to estimate the likelihood that each species would have gone extinct without action. Their findings show that without conservation actions, extinction rates would have been around 3-4 times greater.

One of the species the team evaluated was Puerto Rican Amazon, a small parrot that lives on the island of Puerto Rico. The formerly abundant population was at its lowest in 1975, when only 13 individuals remained in the wild. Since 2006, efforts were made to reintroduce the species to the Rio Abajo State Park on Puerto Rico. In 2017, hurricanes wiped out the original population, only leaving the reintroduced population at Rio Abajo. Without the reintroduction efforts, the parrots would have gone extinct in the wild. 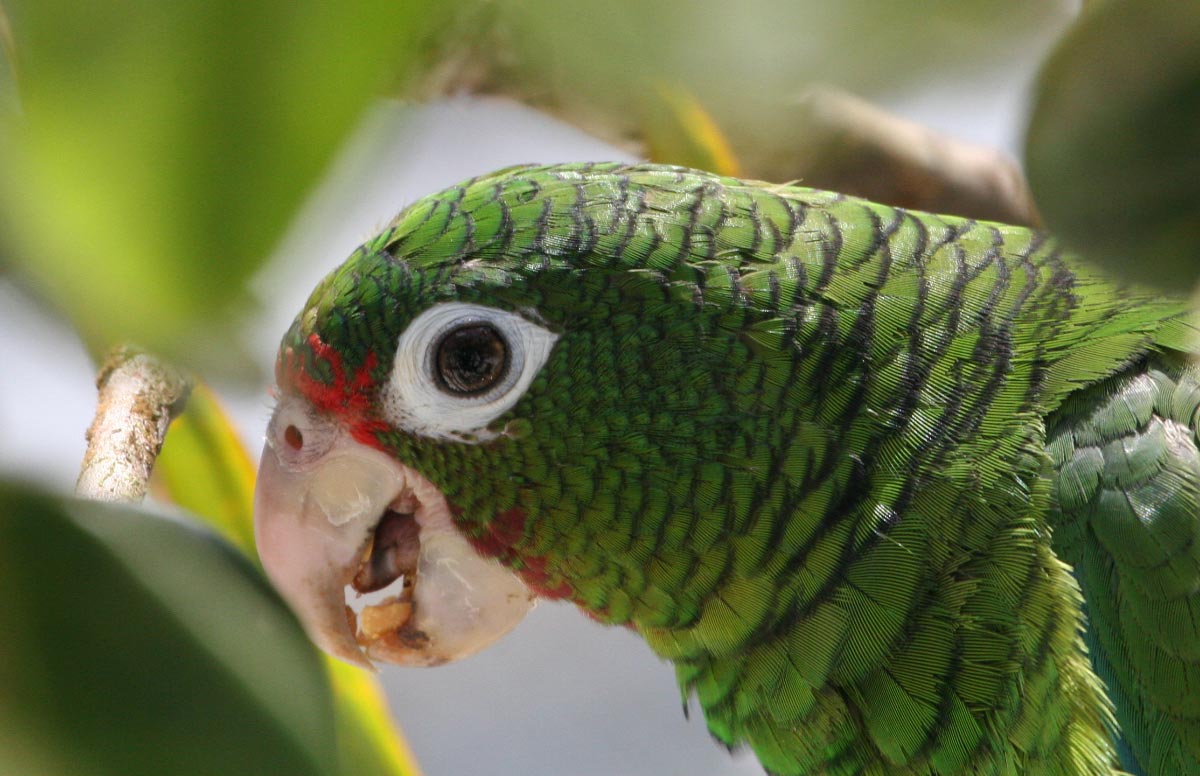 Puerto Rican Amazon only exists today due to a reintroduction scheme (Tom MacKenzie).

Other species remain only in captivity, but there is hope for such species to be reintroduced into the wild. Przewalski's Horse went extinct in the wild in the 1960s. In the 1990s, reintroduction efforts started, and in 1996, the first individual was born in the wild. Now more than 760 Przewalski's horses are roaming the steppes of Mongolia once again. This gives hope that other species that are now only held in zoos, collections, or for plants in botanic gardens and seed banks, will be successfully returned to the wild in the future.

However, some species included in the study, such as Vaquita Phocoena sinus, a species of porpoise, are still rapidly declining. Dr Alexander Lees from Manchester Metropolitan University cautioned that "Last minute conservation action has delayed the global extinction of species like Alagoas Antwren of north-east Brazil, but without urgent action this species is still committed to extinction; there is no room for complacency". For this and other species, preventing future extinctions will depend on substantially greater resources, action, and political will. 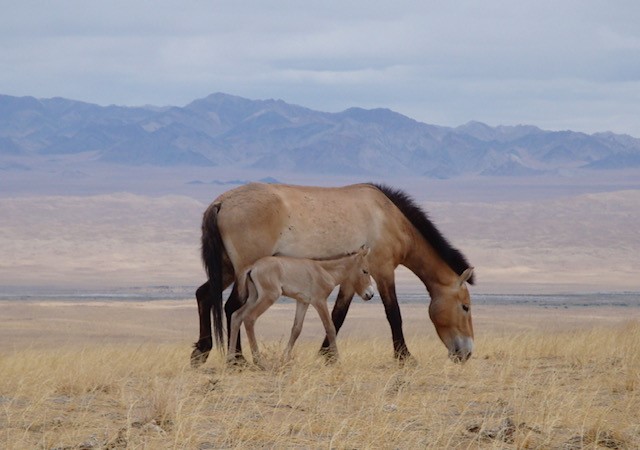 Przewalski's Horse now roams the steppes of Mongolia once again thanks to a captive breeding program (Association TAKH).

Dr Rike Bolam from Newcastle University, lead author of the study, said: "It is encouraging that some of the species we studied have recovered very well. Our analyses therefore provide a strikingly positive message that conservation has substantially reduced extinction rates for birds and mammals. While extinctions have also occurred over the same time period, our work shows that it is possible to prevent extinctions."

Professor Phil McGowan, who leads an IUCN Species Survival Commission task force that provides scientific input into current negotiations on a new set of intergovernmental commitments on biodiversity and who is Professor of Conservation Science and Policy at Newcastle University, added: "While this is a glimmer of hope – that if we take action we can prevent the irreversible loss of the last individuals of a species – we mustn't forget that in the same period, 15 bird and mammal species went extinct or are strongly suspected to have gone extinct.

"We usually hear bad stories about the biodiversity crisis and there is no doubt that we are facing an unprecedented loss in biodiversity through human activity. The loss of entire species can be stopped if there is sufficient will to do so. This is a call to action: showing the scale of the issue and what we can achieve if we act now to support conservation and prevent extinction." 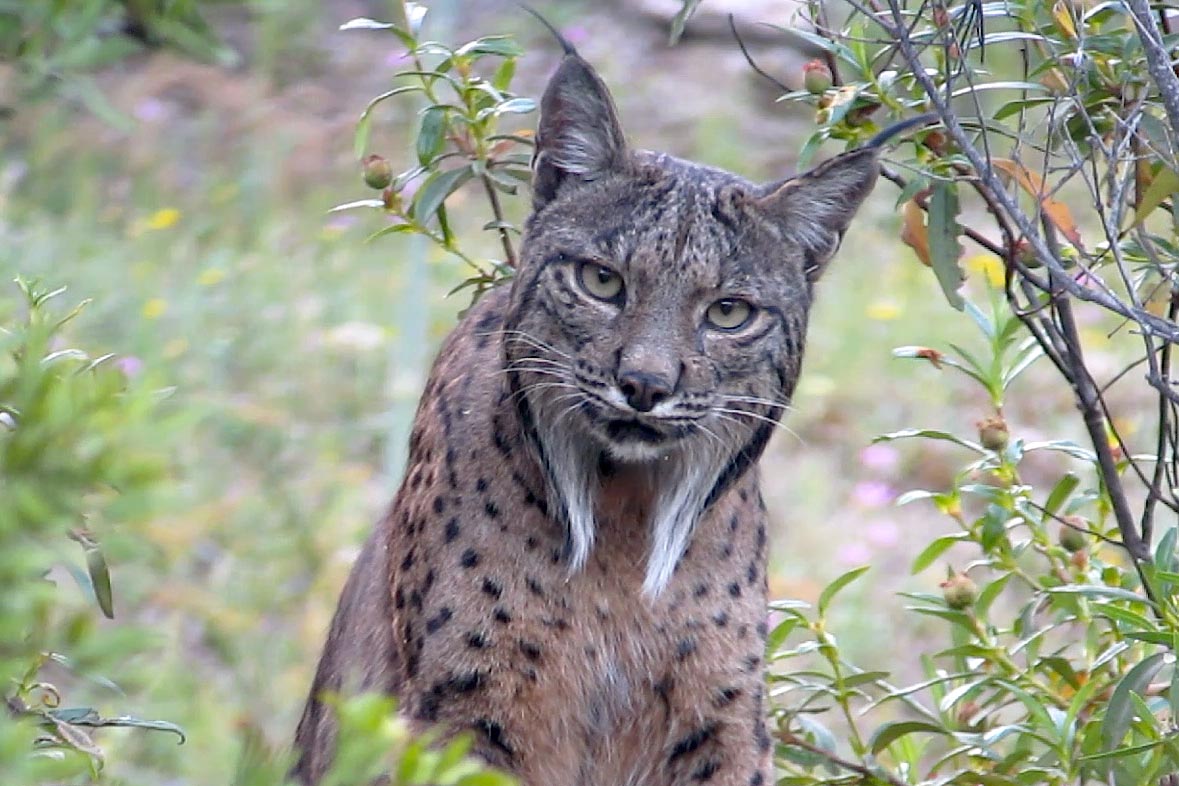 Targeted conservation has prevented the extinction of the iconic Iberian Lynx (Nathan Ranc).

The findings are highly relevant to the UN Convention on Biological Diversity (CBD), which came into force in 1993. Over its lifetime, at least 28-48 bird and mammal species extinctions have been prevented. Through the Convention, governments adopted the 'Aichi Biodiversity Targets' in 2010, which committed countries to tackling the loss of nature. It is widely expected that the 5th Global Biodiversity Outlook – the CBD's official report due to be released on 15 September – will show that most targets have not been met. The study provides a quantitative test of target 12, which aimed to prevent extinctions of known threatened species by 2020. The research found that 11-25 bird and mammal species extinctions were prevented over this timeframe, and that extinction rates would have been 3-4 times higher without action. Negotiations are now underway to develop a new framework to tackle biodiversity loss by 2030.

"These results show that despite the overall failure to meet the targets for conserving nature set through the UN a decade ago, significant success in preventing extinctions was achieved" said Dr Stuart Butchart, Chief Scientist at BirdLife International, and instigator of the study. "This should encourage governments to reaffirm their commitment to halt extinctions and recover populations of threatened species in the post-2020 Global Biodiversity Framework currently being negotiated. Such a commitment is both achievable and essential to sustain a healthy planet".