Emperor Penguin, the world's largest penguin, is unlikely to survive past the end of the 21st century if current rates of greenhouse gas emissions and melting sea ice continue, according to a recent study.

Researches have concluded that, if current rates of sea ice loss continue, 70% of colonies in Antarctica could become extinct by 2050 and that, under the most extreme scenarios, 98% could be wiped out by 2100.

This would make the species quasi-extinct, meaning that, despite having remaining individuals, the species would not recover and would eventually die out. A loss of sea ice in Antarctica resulting from rising global temperatures caused by the climate crisis is thought to be the main problem facing the species.

In an interview with Live Science, Stephanie Jenouvrier, a co-author of the study and penguin ecologist at Woods Hole Oceanographic Institution, said: "Emperor Penguins depend upon sea ice for breeding, moulting and feeding.

"If there is too little sea ice, chicks can drown when sea ice breaks up early. If there is too much sea ice, foraging trips become too long and arduous, and the adults and chicks may starve." 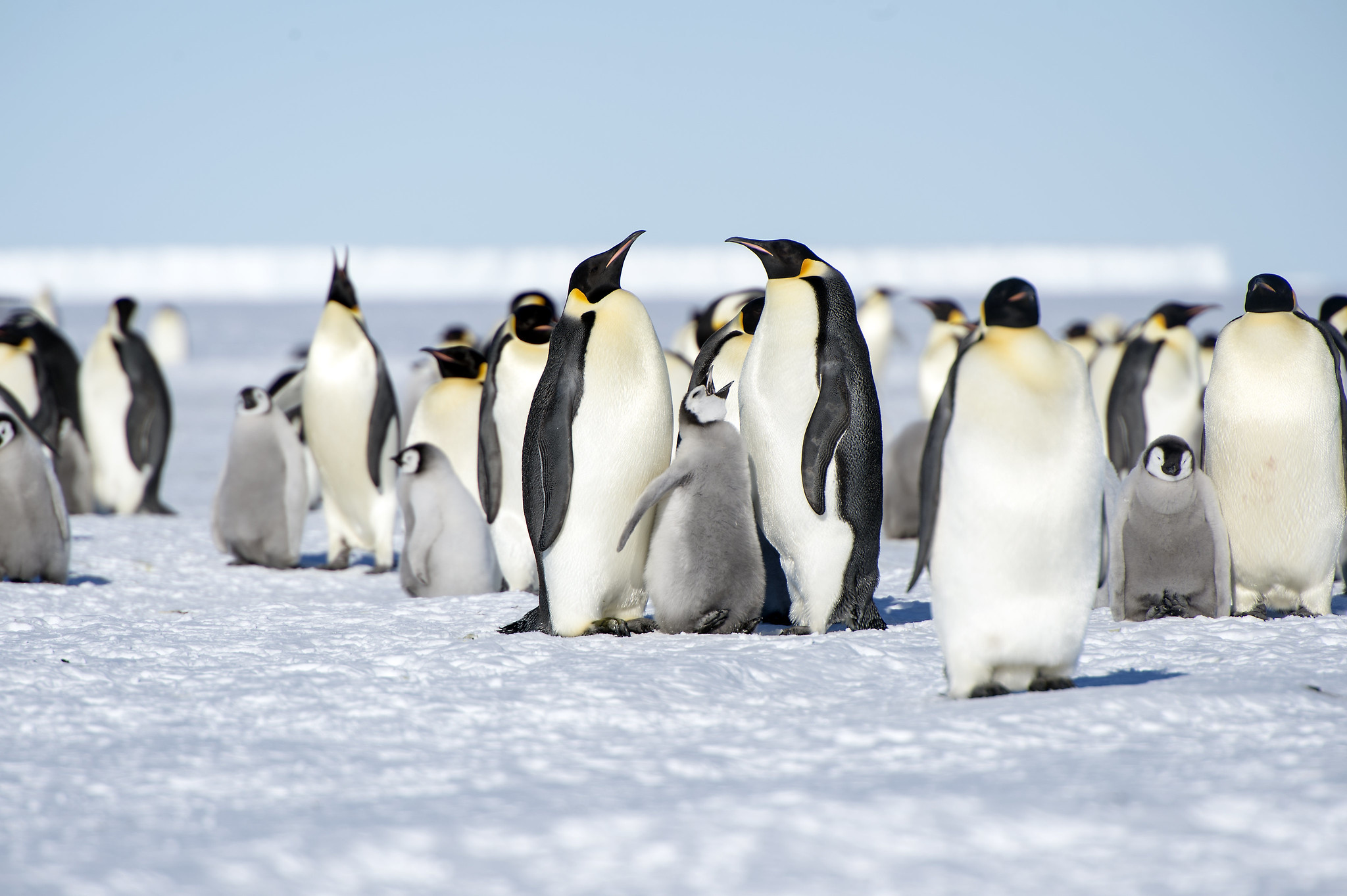 If current levels of carbon emissions continue, Emperor Penguins are likely to go extinct by the end of the century (Christopher Michel / Flickr).

Current rates of ice loss will cause the required sea ice to disappear in most places along the Antarctic coastline, causing widespread breeding failures and preventing populations from recovering,

Published in Global Change Biology, the study found that some colonies have already experienced major breeding failures. In 2016, melting sea ice led to a catastrophic breeding failure in the colony at Halley Bay, when an early ice melt dumped 10,000 chicks into the sea before they had grown their waterproof feathers, causing them to drown.

The findings will have implications for other species too: Emperor Penguins are thought of as indicator species whose population trends can help illustrate the consequences of climate changes for other species, including Adelie Penguins as well as Leopard and Weddel Seals.

However, hope remains. The paper concluded that if the world takes swift and drastic action to reduce greenhouse gas emissions in line with the Paris Climate Agreement, enough sea ice would likely be left to support a reduced, but still viable, population of Emperor Penguins.

Notably, the United States Fish and Wildlife Service has proposed listing Emperor Penguins as threatened under the Endangered Species Act. Typically, the act focuses on species that are native to the United States and that are currently in decline, but the risks posed by melting sea ice are considered so great that steps to protect the species need to be taken.

Authors of the study hope that the proposed listing will spur research and promote international cooperation on conservation strategies and increase funding for conservation programs.

Significantly, the listing would mean that fishing companies in the United States would be banned from targeting the penguins' prey around Antarctica – krill, squid and small fish – which is important as the country is the world's largest consumer of krill and toothfish products. Federal agencies would also need to minimise harm to the species and their habitat from their actions, including considering the impacts of fossil fuels and carbon emissions.

It is hoped that this listing will increase "awareness about the impact of climate change and the need to take climate actions," added Jenouvrier.