Climate change could make migration a thing of the past

Many of Europe's most familiar migratory birds, such as Common Nightingale and Willow Warbler, are spending longer in their European breeding grounds, leading experts to consider whether winter migration could eventually stop altogether for some species.

New research, published in Global Change Biology, brings together over 50 years of data from The Gambia and Gibraltar, looking for the first time at how long trans-Saharan migratory birds are spending in their traditional winter retreats in Africa.

The study, led by experts at Durham University's Department of Biosciences, has found that some species of trans-Saharan migratory birds are spending as many as 50-60 fewer days a year on their non-breeding grounds in Africa. 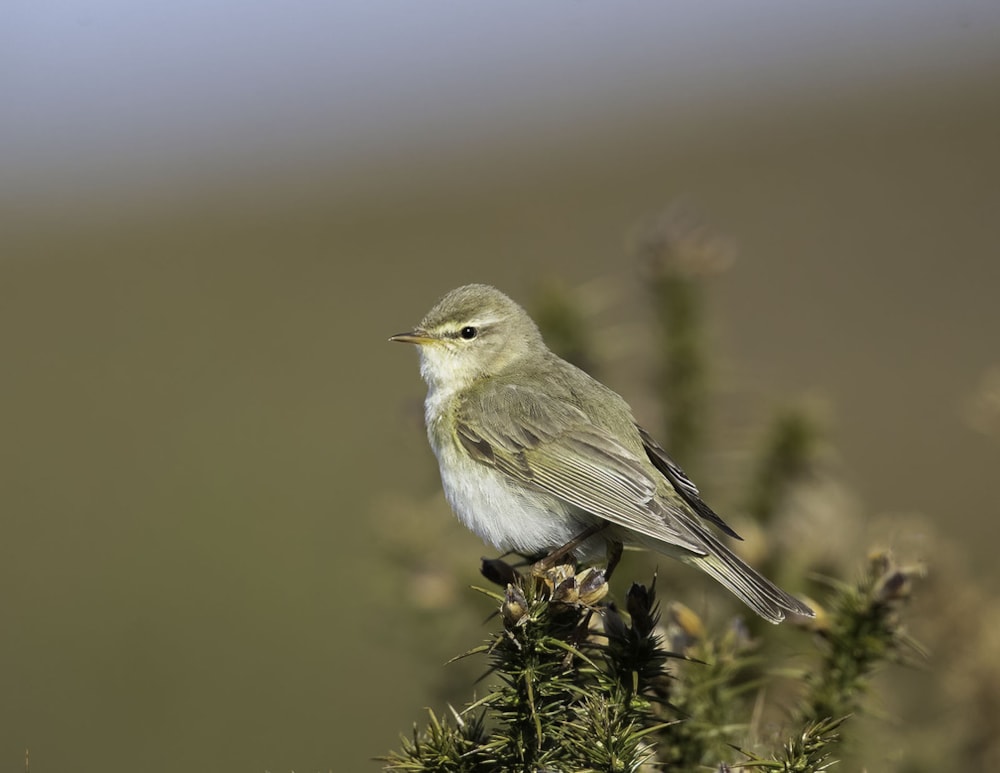 Species such as Willow Warbler are spending less and less time on wintering grounds each year (Tony Webb).

The significant reduction in time spent on non-breeding grounds suggests that these birds are able to survive longer in their European breeding grounds than before, leading experts to question whether some birds may eventually stop their traditional long-distance migrations.

The team used data on birds records collated by ornithologists in The Gambia (collected between 1964 and 2019) and The Gibraltar Ornithological & Natural History Society (gathered between 1991 and 2018) to explore changes in arrival and departure dates over time. They also related the observed changes to changes in climate and vegetation.

While previously it had been thought that birds timed migration based on day length, the findings from this study suggest that birds are also making more nuanced decisions, responding to factors such as changes in climate and available vegetation.

Lead author Kieran Lawrence, a PhD student in the Department of Biosciences, Durham University, said: "If the trends we have seen in this study continue we may see that, in time, some birds will spend no time at all in sub-Saharan Africa, and instead spend the full year within Europe.

"The changes in migratory habits we are already seeing could lead to longer breeding seasons for these species, as well as knock-on effects on other species, both here in the UK and in the traditional winter migration destinations.

"In Europe, the longer presence of traditionally migratory birds could lead to increased competition for autumn/winter food and resources for resident bird species that do not migrate.

"Meanwhile, in the traditional migration destinations of sub-Saharan Africa a reduction in the time migratory birds spend there could have implications for ecosystem services such as insect consumption, seed dispersal and pollination." Common Nightingale is another species that appears to be leaving wintering grounds earlier in the spring, then returning later in the autumn (Nick Appleton).

The data analysed by the team found that not only were birds arriving at their winter destinations later into the autumn that in the past, but they were also departing these locations earlier in the spring, therefore reducing the amount of time spent in their non-breeding grounds.

Project lead, Professor Stephen Willis, added: "Next, we aim to apply a new model, which we are developing at Durham, to simulate these complex migrations, and which we can then apply to future scenarios to understand how the patterns we have identified in trans-Saharan birds over recent decades may continue or change."

The project has used over 50 years of bird migration data, giving a long-term insight into changing patterns. Co-author, Clive Barlow from The Gambia added: "It is very satisfying to see the constructive way the Gambian migrant bird records, collected by dedicated ornithologists over many decades, are now being used to highlight the changing migratory patterns of these species.

"Until the current research, no-one had realised the extent to which migrant birds are spending less of the year in sub-Saharan Africa."