Clement the Cuckoo is missing in action. One of the five British Cuckoos fitted with satellite tags by the British Trust for Ornithology (BTO), Clement's last known location was in Cameroon, showing that he had begun his journey back to Britain.

On 25th February 2012 the BTO received their last transmission from Clement and, even though other tagged cuckoos have gone missing only to reappear at a later date, analysis of the data by BTO scientists show that he is almost certainly dead.

Tagged almost a year ago at the nature reserve adjoining the headquarters of the BTO in Thetford (Norfolk), Clement has been a star. Talked about by television news presenters, the BBC's Springwatch team and making headlines in the national newspapers, he has done a lot to bring the plight of the species (Britain has lost over half of its breeding Cuckoos) to a wide audience. 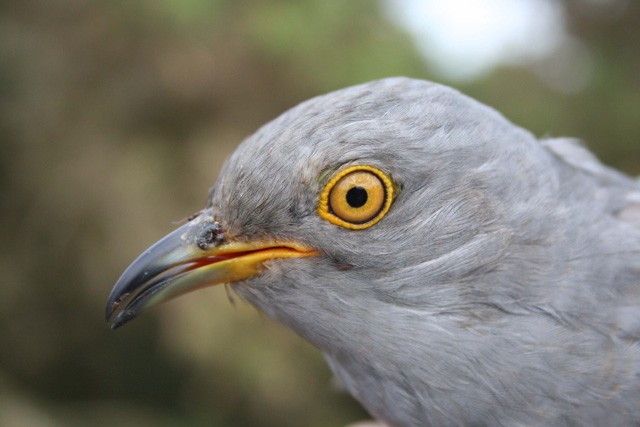 It is not just publicity that made Clement special. He was the first British Cuckoo known to take the western migration route, crossing from Spain instead of from Italy, making ornithological history as he did so. From North Africa he made his way to Senegal, again becoming the first British Cuckoo to be recorded here, before joining the other four tagged birds in the Congo rainforest. Until this, the wintering quarters of British Cuckoos had remained a mystery for over 100 years of migration research.

Andy Clements, Director of the BTO, and Clement's namesake, commented: "Don't worry, it is not me the BTO have lost! Sad news though of Clement's demise, but already we have gathered extraordinary data about Cuckoo migration thanks to Clement, and all his sponsors. Let's hope his colleagues all make it back to the UK safely."

Clement has left a rich legacy. He was the most sponsored of the BTO Cuckoos, bringing much-needed funds and short-term security to the Cuckoo project, and he was the most followed bird on the BTO's website, raising public awareness of the need to help this iconic species.

The Cuckoo tracking project is being funded by the BBC Wildlife Fund, Essex & Suffolk Water, BTO supporters and individual sponsors. To find out more about Clement's journey, please visit the BTO Cuckoo page.