Wildlife presenter Chris Packham has been voted in as the President of one of Britain's top scientific research organisations. Chris, who is well known for his science reports on the popular BBC Springwatch and Autumnwatch programmes, was elected President of the British Trust for Ornithology (BTO) at their annual conference, a position he will hold for the next four years.

Chris is well known for his presenting role on TV but rather less well known is that he is a lifelong birdwatcher and, when time permits, he still gets out with binoculars in hand. During his four years as President Chris will help to shape the organisation's strategy and to promote its scientific research to a wider audience. 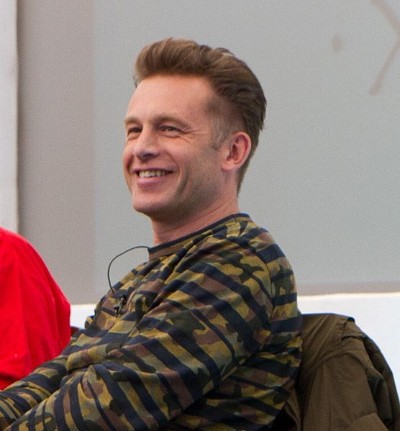 Chris commented: "Watching birds still gives me enormous pleasure, whether it is out on a saltmarsh, in a forest or in my back garden. I have always respected the BTO enormously and I feel deeply honoured to take on the role of President. BTO volunteers have been tirelessly collecting records since 1933. BTO's unique expertise in analysing and interpreting these data provide us with a vital and dynamic picture of the changing fortunes of birds and other wildlife. I'm particularly excited to be joining the BTO team at a time when its membership is so active and buoyant. I hope that I can help to raise the Trust's profile even further, so that together we can deliver more for our birds."

Andy Clements, Director of the BTO, said: "We are very fortunate that Chris Packham is supporting the BTO as our new President. The combination of his engaging TV profile, and his passion for science, will be a powerful force for BTO's future. As a previous winner of the BTO Dilys Breese medal for communicating BTO science, there is no better ambassador than Chris to bring our science to society."

The entire BirdGuides team would like to wish Chris well in his new position.