Chris is in the Congo and Lyster is heading eastwards

Chris, one of the BTO's satellite-tagged Cuckoos, is now in the Congo rainforest close to the border between the Republic of Congo and the Democratic Republic of Congo. Hot on his heals is Martin, who is currently on the northern edge of the rainforest in southern Central African Republic.

Further north, Clement remains in eastern–central Nigeria; he reached his current position by flying through Spain and south to Senegal, before heading east. Kasper also spent some time in east–central Nigeria but reached the area via a very different route: through Italy and due south across the Sahara. Kasper has now left Nigeria, making a beeline for the Equator; his latest signal puts him in Gabon. 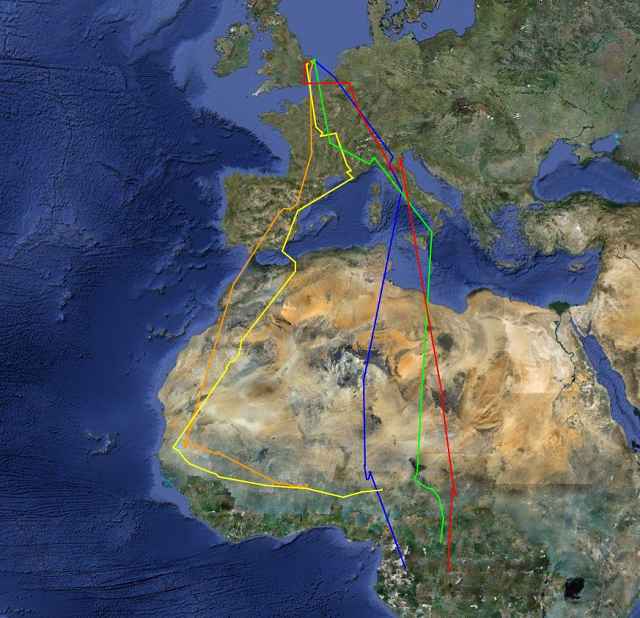 Lyster, the last of the Cuckoos to leave the UK and who also took the westerly route through Spain, is currently in Burkina Faso; he appears to be following in Clement's footsteps, heading east from west Africa.

With the only British Cuckoo ringing recovery south of the Sahara coming from a bird found in January in Cameroon, to the west of the Congo rainforest, it's thought that Chris, Martin and Kasper may be nearing their final wintering destination; but, as has been the case right throughout the autumn, the Cuckoos may still throw up surprises yet! 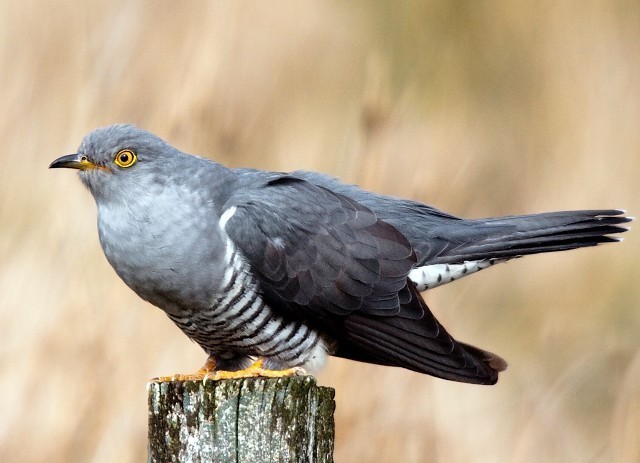 You can catch up with all the latest from all five of the birds on the BTO's Cuckoo pages.