A new study has concluded that the wintering population of Greater Scaup in the Baltic Sea is likely to undergo a significant decline over the next three decades due to unsustainable levels of bycatch.

Greater Scaup is currently classified as Vulnerable on the European Red List of Birds. The south-west Baltic Sea supports one of the most important wintering populations across Europe, yet intensive fishing means that a large concentration of gillnets are being deployed at the same time as huge numbers of diving duck, including Greater Scaup, are present in these food-rich areas. 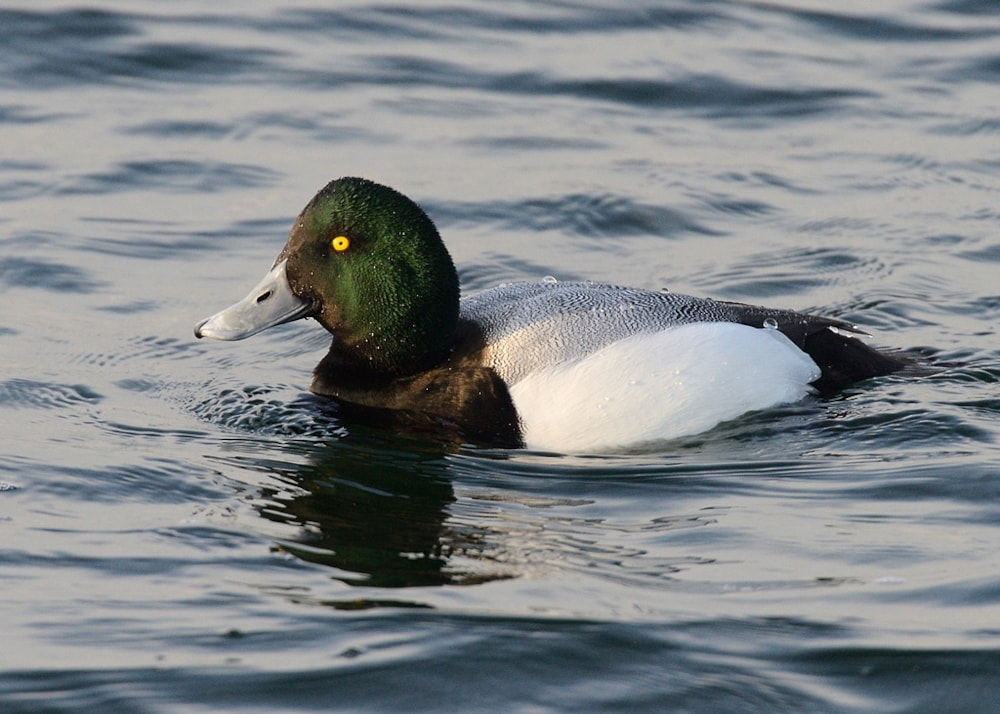 Greater Scaup could decline across Europe by as much as 57% over the next three decades (Ian Curran).

Summarising all the most recent available data on Greater Scaup bycatch in north-west Europe gave an estimated mean annual total of 3,991 individuals lost to the activities of the fishing industry, equating to 2% of the flyway population. This bycatch value is 10 times higher than the threshold of mortality rate from incidental bycatch recommended by BirdLife International, indicating unsustainable mortality levels in the population and therefore suggesting that is is not viable in the long term.

Modelling backed this notion up, suggesting that the European Greater Scaup population will decrease by 36% over the next 30 years if current rates of bycatch persist, thus clearly highlighting that accidental death at the hands of the fishing industry is one of the biggest threats to the future survival of the species – and qualifying its current conservation status of Vulnerable.

But the situation is, in reality, even worse. Europe's Greater Scaup are already declining due to other pressures aside bycatch and the forecasted population decrease over the coming 30 years could be as high as 57% when factoring these in, which would qualify the species as Endangered in the region.

The study acknowledges that some improvements in Greater Scaup's status have been noted over the past decade, but concludes that measures to protect the species from becoming bycatch are urgently required. These include the prohibition of gillnet fishing at selected key sites in the south-west Baltic and the use of mitigation techniques in other areas.