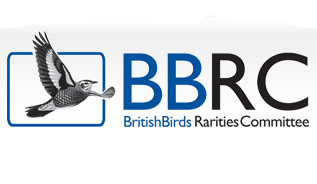 The Rarities Committee is delighted to announce that Micky Maher has been confirmed as its new member, replacing James Lidster, who retired as the longest-serving member last month.

Micky lives in Lynclys, Shropshire, on the Welsh border, where he is an ecological consultant and bird tour guide. Before this he spent 20 years working in conservation, mainly in Shetland and Northumberland. Micky has birded in most counties in Britain, in particular in his home county of Northumberland and in Shetland. He has an interest in many aspects of birding, but the thrill of migration and finding rare birds is his primary focus. He has a particularly interest in the identification of tricky taxa and documenting records to a high standard. He has amassed an extremely impressive list of rarity finds including two Pallid Harriers, Greater Yellowlegs, Stilt, Upland and Terek Sandpipers, Gyrfalcons, Savi's, Paddyfield, Great Reed, Sykes's, Booted, Eastern and Western Subalpine, Pallas's Grasshopper, two Lanceolated on the same day, Hume's, three Dusky and multiple Blyth's Reed and Arctic Warblers, seven Rose-coloured Starlings, Siberian Stonechat, White's and Swainson's Thrushes, Citrine Wagtails, many Olive-backed Pipits and Arctic Redpolls, three Yellow-breasted (including two together), Pine and Rustic Buntings. He has also been fortunate enough to discover many local rarities.

He has travelled abroad extensively: this has included birding trips throughout Europe (including about 60 trips to Spain), UAE, Jordan, Eastern China, Thailand and several trips to India (where he has spent a year birding over four trips and found Long-billed Dowitcher), Sri Lanka (where he found Pacific Swift), the Maldives and North and South America. He also lived and worked on protected species in the Seychelles for three months. He was Shetland's County Recorder from 2002–2007 and served on the Shetland Birds Records Committee. He was also a contributing author to the recent Birds of Scotland avifauna. He has come into contact with birders from all over the UK through his work and birding pursuits.

James Lidster brought a thorough knowledge of bird identification, gained from his extensive travels, alongside consistent good humour during his full term on the committee. He authored the article on the tricky Booted Warbler at Green Farm, Isles of Scilly in British Birds (Brit. Birds 102: 617–621) and helped set up our @_BBRC Twitter account. We are grateful that he has very kindly offered to continue assisting with aspects of our work after his retirement.