The interest in bird photography has boomed over the past decade. Many birdwatchers have become keen photographers, regularly carrying a camera when out birding, whether it be a conventional camera and lens or a compact camera for digiscoping. So it is probably safe to say that most people who go birding are photographers to some degree or other.

With so many more people wanting to photograph birds, particularly rarities, there are added pressures and responsibilities on photographers. It is usually necessary to get close or sit it out in hides on reserves but all this can bring us into conflict with others. Based on an admittedly non-scientific sample, it seems that many of the complaints about birders' behaviour these days, especially where rare or scarce migrants are concerned, are directed at people trying to photograph the bird. For many years, wildlife photographers affiliated to photographic societies, clubs and organisations have worked with a code of practice. The following list is as much advice to new and aspiring photographers as it is a guide to good ethics and ensuring that the photographer stays within the law. It is time that birders had a Bird Photography Code of Practice and I hope that these recommendations will act as a useful reference for bird photographers at large in Britain and elsewhere. 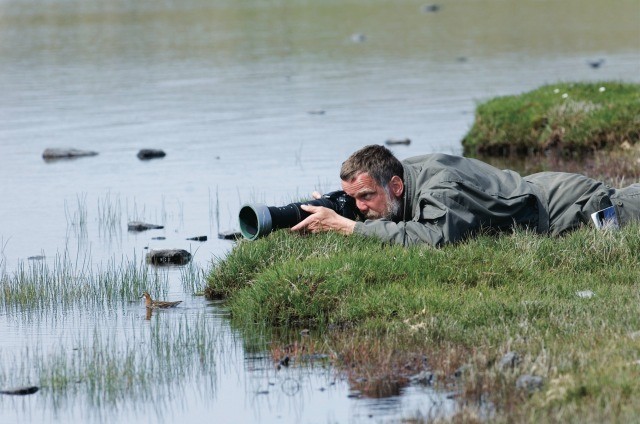 Be considerate to other photographers, who may have made considerable efforts to get into a good position to photograph the bird, here a Red-necked Phalarope Phalaropus lobatus at a feeding loch on Fetlar, Shetland, June 2006. (Photo: David Tipling.)

I would like to thank Robin Chittenden, David Hosking and Dave Kjaer for their useful comments and advice while compiling these notes.

This article originally appeared in the April edition of British Birds, and is reproduced here with the kind permission of the author and editor.