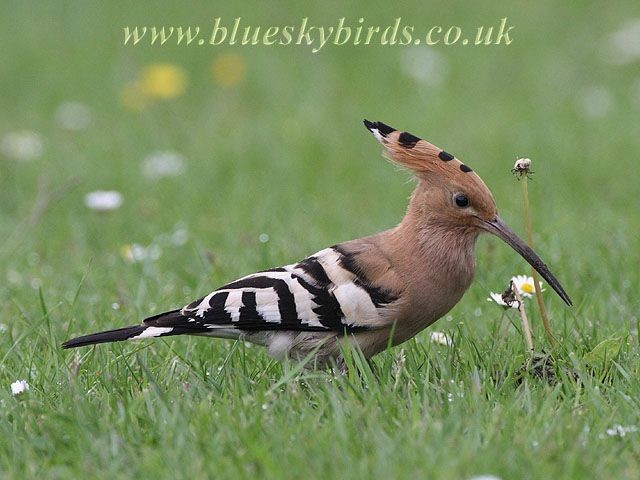 Hoopoe: One of the long distance migrants or dispersers that were most affected (photo: Peter Simpson).

Brightly coloured birds are among the species most adversely affected by the high levels of radiation around the Chernobyl nuclear plant, ecologists have discovered. The findings - published online in the British Ecological Society's Journal of Applied Ecology - help explain why some species are harder hit by ionising radiation than others.

Dr Anders Møller of the Université Pierre et Marie Curie and Professor Timothy Mousseau of the University of South Carolina examined 1,570 birds from 57 different species in the forests around Chernobyl at varying distances from the reactor. They found that populations of four groups of birds - those whose red, yellow and orange plumage is based on carotenoids, those that laid the biggest eggs, and those that migrated or dispersed the furthest - declined more than other species.

According to Møller and Mousseau: "We found that bird species differed in their response to radiation from Chernobyl. The strongest declines in population density with radiation level were found for species with carotenoid-based plumage, long-distance migration and dispersal, and large eggs for their body size. All four of these factors are associated with antioxidant levels, suggesting that reduced antioxidant levels may cause population declines when species are exposed to radiation." 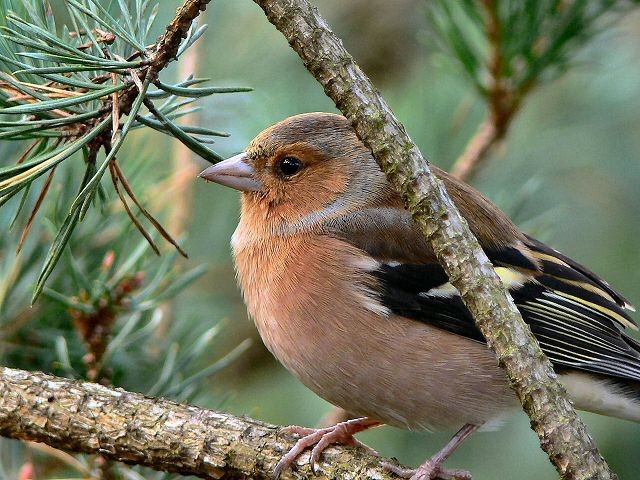 Chaffinch: One of the species that were much less affected (photo: Euan Ferguson).

Among the brightly coloured species most affected were Golden Orioles, Blackbirds and Blue Tits, while drab species like Tree Pipits, Coal Tits and Chaffinches were much less affected. Long distance migrants or dispersers that were most affected included Quails, Golden Orioles, Hoopoes, Blackbirds and Robins, while non-migrant or short-dispersing species like Great Tits, Coal Tits and Song Thrushes were much less affected.

"This is the first study linking the effects of radiation on population size of different species to antioxidant defence. Although all species must cope with the potentially detrimental effects of free radicals, because of their use of antioxidants, certain species are predisposed to suffer most from these negative effects," they say.

The results could have important implications for other animals elsewhere. According to Møller and Mousseau: "There is large variation in natural levels of radioactivity due to differences in the abundance of radioactive isotopes, mainly in mountain regions where the underlying rock reaches the surface. There are no studies of the biological consequences of such variation in natural levels of radioactivity, but we suggest that some of the consequences can be predicted from the present study."