Results from a new study reveal that artificial light sources associated with urban areas can disrupt the natural movement patterns of birds migrating at night across the UK.

Using a combination of passive acoustic monitoring devices and the latest computing approaches, researchers Simon Gillings and Chris Scott were able to determine that calling rates of migrating Blackbirds, Song Thrushes and Redwings were significantly higher over brightly lit urban areas, most likely a consequence of the birds being attracted by the artificial lighting.

Migrant birds face many challenges, and those that migrate at night may be subjected to additional impacts. Approximately 80% of UK summer migrants migrate at night and vast numbers of individuals may be involved. For example, an estimated 40-150 million birds cross the North Sea at night during the autumn migration period. 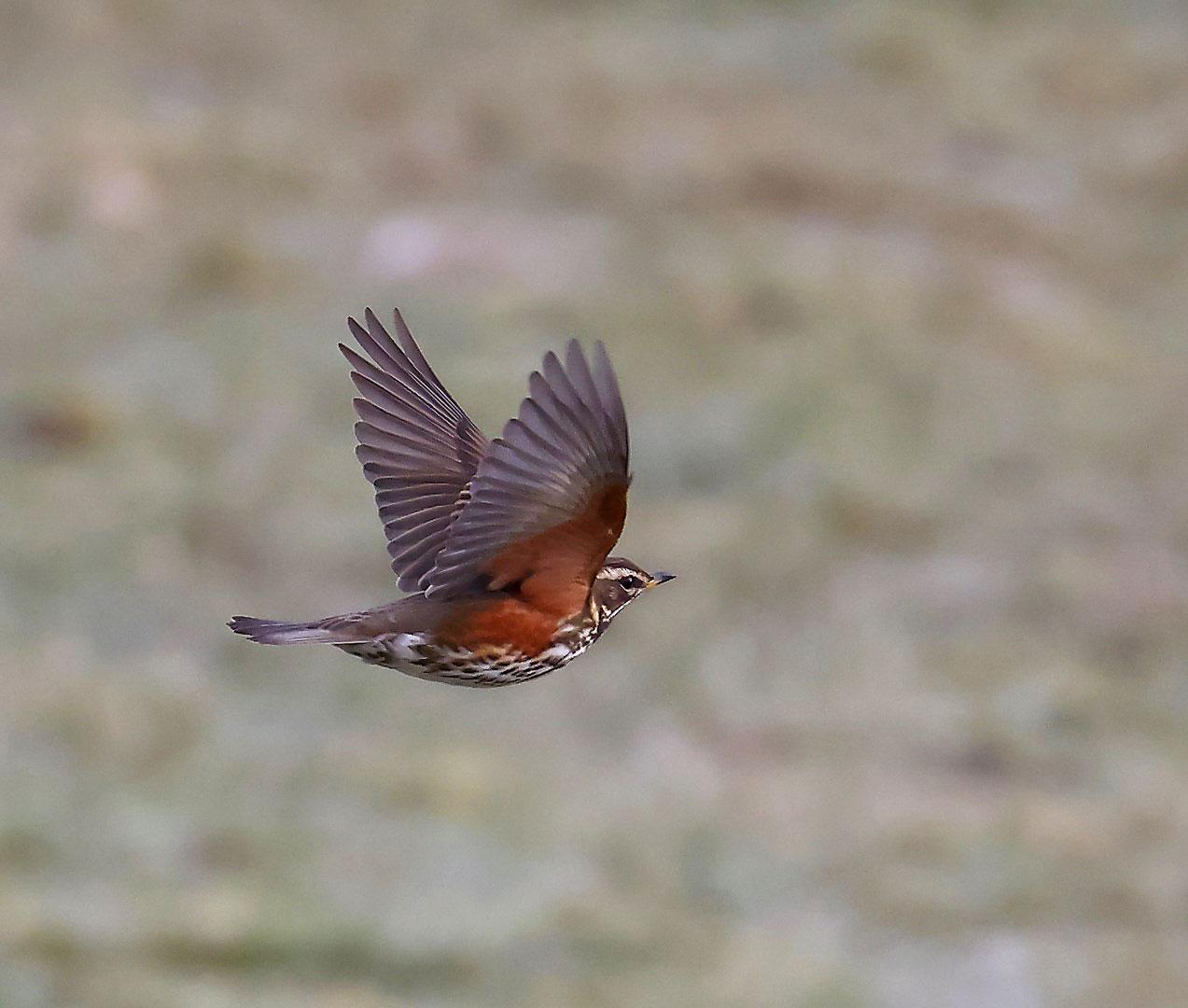 Redwing numbers were significantly higher over the brightly lit city of Cambridge at night than in the surrounding countryside (Tony Reader).

There is growing evidence, mostly from North America, that nocturnal migrants can be affected by artificial light at night (termed 'ALAN' by researchers), becoming disoriented and, in some cases, flying into structures such as lighthouses, oil platforms and tall buildings. Mass mortality of nocturnal migrants, notably those attracted to illuminated tall buildings, is a recognised problem in North America. While UK and other European cities tend to have fewer tall buildings, there is an urgent need to establish the possible impacts of light pollution on migrant birds here.

The present study, which took place in Cambridgeshire between late September and mid-November 2019, used passive acoustic monitoring devices to capture the presence of nocturnally migrating thrushes passing over gardens located along a gradient from the brightly lit city of Cambridge to the darker countryside that surrounds it. The audio recordings captured were then processed and analysed using the latest neural network computing approaches. These involved training an artificial neural network to identify the calls of the target species, before being given the collected recordings to analyse.

Simon Gillings, Principal Data Scientist at the British trust for Ornithology, said: "The vast quantities of audio recordings collected by a study like this lend themselves to a neural network computing approach. Imagine having to sit and listen to the 3,432 hours of recordings we captured to find, identify and log the thrush calls present. The use of computers to do this for us greatly simplifies the process."

Examination of the data captured in relation to the intensity of artificial light at each site, revealed a positive effect of light intensity on calling rate – there were more calls at sites where the intensity of artificial light was greater. Across the range of light intensities studied, detected numbers of Blackbirds, Redwings and Song Thrushes were predicted to be approximately five, four and three times higher respectively in the brightest areas compared to in the darkest areas.

Simon Gillings added: "There are three reasons which could act individually, or in combination, to explain this result: birds could be attracted to lit areas, so more birds are present calling than over dark areas; birds might fly at lower altitude over lit areas, so more calls are detectable; or individual birds might call more often over lit areas. Supporting evidence from other studies, such as those using radar, strongly suggests that birds are attracted by the light, but it is worth noting that the calling rates of individuals may also increase as they become disoriented by the lights."