It is well known that putting up a nestbox is a great way to help Britain's birds, but the true benefit goes far beyond the provision of a safe site in which to raise their young. The ease with which nests in boxes can be inspected by observers allow detailed information about the timing of laying and the number of eggs and chicks they produce to be recorded. This is exactly what the 500 volunteers taking part in the BTO's Nest Record Scheme, funded through a partnership between the Joint Nature Conservation Committee and BTO, spend their springs and summers doing. The resulting figures, which date back to 1939, provide a vital resource for investigating the impacts of changes in climate and land use on birds' breeding success in the UK.

The preliminary results for the 2010 season, published on the BTO website, appear to bode well, with chick production 18% higher for Blue Tits and 13% higher for Great Tits relative to the previous five years. 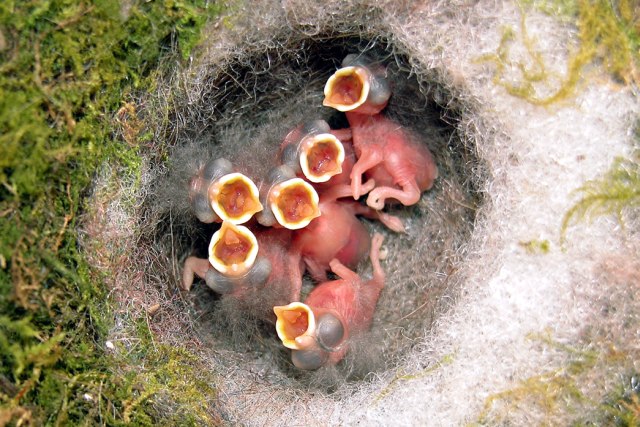 "The number of fledglings produced by the average pair of Blue Tits was the highest for almost 20 years," explained Dr Dave Leech, Head of the BTO Nest Record Scheme. "Clutch sizes were high and failure rates were below average, suggesting that birds benefited from the delayed growing season and the dry weather in April and May. We will be able to monitor the effects of the current cold snap on their current survival using data collected by bird ringers." 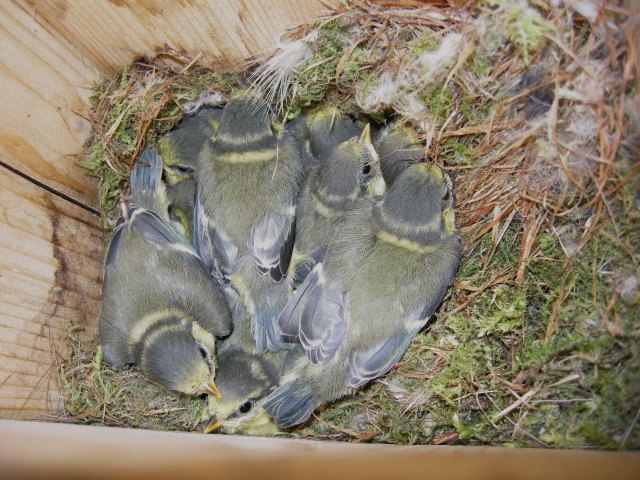 Another box-nesting species that fared well was Pied Flycatcher, which had the most productive breeding season since the early 1980s.

Dr Phil Atkinson, Head of International Research at BTO, added: "On the face of it, this is good news for a species whose numbers in the UK have declined by 25% in the last decade alone, particularly as studies on the Continent have identified reduced nesting success as a possible cause of the fall in numbers. However, it will take more than one good breeding year to reverse this population trend and there are also concerns about the declining quality of the habitat on the species' West African wintering grounds."

Lawrence Way, of JNCC, added: "The valuable evidence coming from the dedicated efforts of nest recorders enhances our understanding of the causes of environmental change that informs decisions on how best to conserve wildlife whist meeting other societal needs."

If you'd like to become a nest recorder yourself, the you can download the Nest Record Scheme Quickstart Guide or email the team at BTO.