A two-year project, repeating a famous bird survey by driving more than 12,500 miles across Botswana, has confirmed researchers' worst fears: many birds of prey are fast disappearing from one of Africa's last great wilderness areas

Reported sightings of several iconic species of eagle and vulture declined by as much as 80 per cent when compared with the previous survey, while some migrant species recorded last time have vanished, according to the study published this week in the international scientific journal Biological Conservation.

The data is based on a return trip to a network of roads criss-crossing most of northern Botswana, an area first surveyed over 20 years ago by a former Wildlife Biologist with the Department of Wildlife and National Parks Botswana, Dr Marc Herremans. Driving at similar speeds and using a similar vehicle, researchers retraced Herremans's route across gravel and tar roads. Bird of prey were initially spotted with the naked eye, before optics were used to positively identify the species involved, as in the original survey. 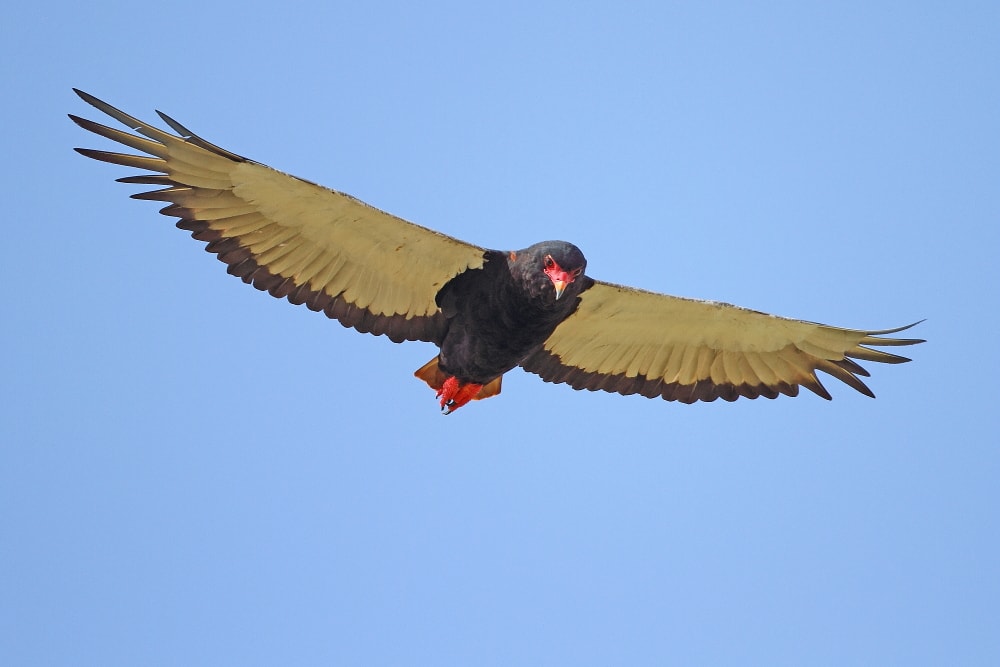 Bateleur is an iconic species of sub-Saharan Africa, but its population is in freefall in many areas (Darran Rickards).

"The main motivation for doing the work was to explore whether vultures and other raptor numbers had declined in Botswana like they have in many other areas of Africa", explained Associate Professor Arjun Amar from the Fitzpatrick Institute of African Ornithology at the University of Cape Town, which conducted the study in collaboration with conservation NGO Raptors Botswana.

Foscusing on 29 raptor species, the researchers compared their encounter rates with Herremans's original records. Species declines were detected for 14 out of 29 species monitored. Some 11 of these species had declined by over half in the last 20 years. Some of the species showing the greatest declines include White-headed and Lappet-faced Vultures, African Hawk-Eagle, Secretarybird, Bateleur and Red-necked Falcon. Only three species showed an increase in their abundance: Brown and Black-chested Snake Eagles, plus Tawny Eagle. 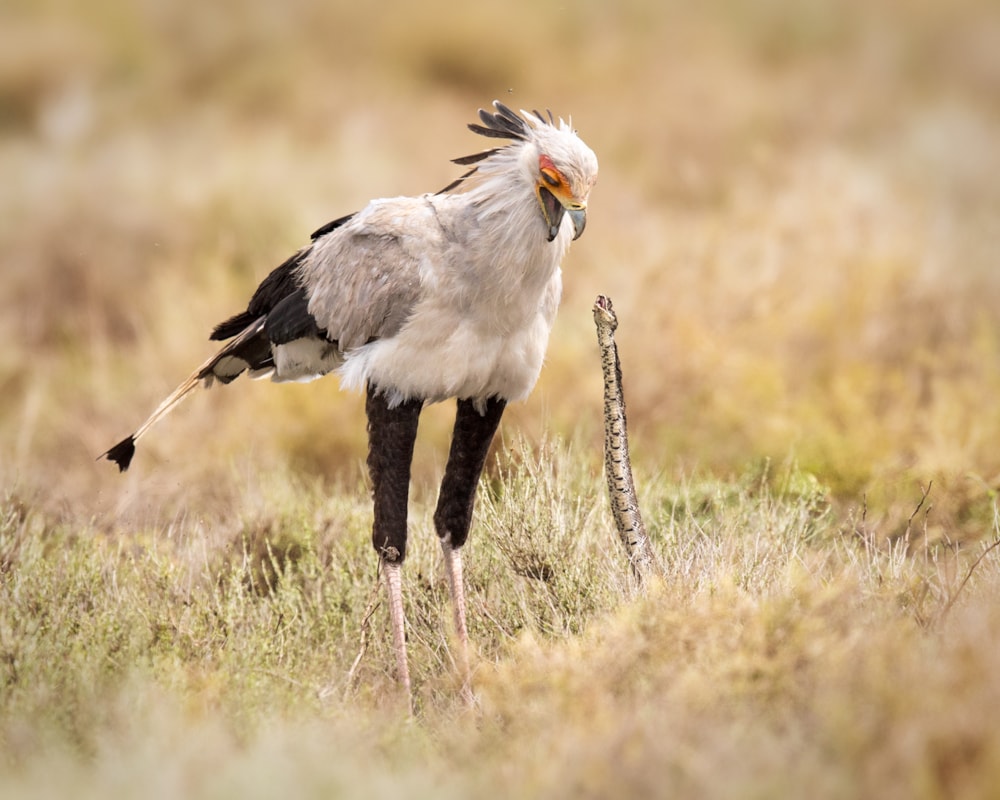 Professor Amar, who supervised the research, says the sharp drop in sightings is unexpected: "Although declines in raptor populations have been seen elsewhere in Africa, particularly across West Africa, we were not expecting these declines to be quite so dramatic in Botswana, which has a relatively low human population size and where nearly 40 per cent of the land is under some form of protection."

The study does not pinpoint the cause of the declines. However, vultures are particularly vulnerable to poisoning by poachers for whom the birds' habit of circling carrion is a threat, as it potentially draws the attention of game rangers in protected areas. Another recent study found a third of all vultures caught and tested in a separate Botswana study showed elevated levels of lead in their blood, mostly likely due to ingesting bullet-contaminated flesh.

Beckie Garbett, a PhD student who led the latest road transect study, commented: "We found declines occurring across species with varying diet and habitat use, which make it hard to pinpoint the main drivers of decline. Climate change is one candidate, but urgent research is needed to better understand [the causes]." 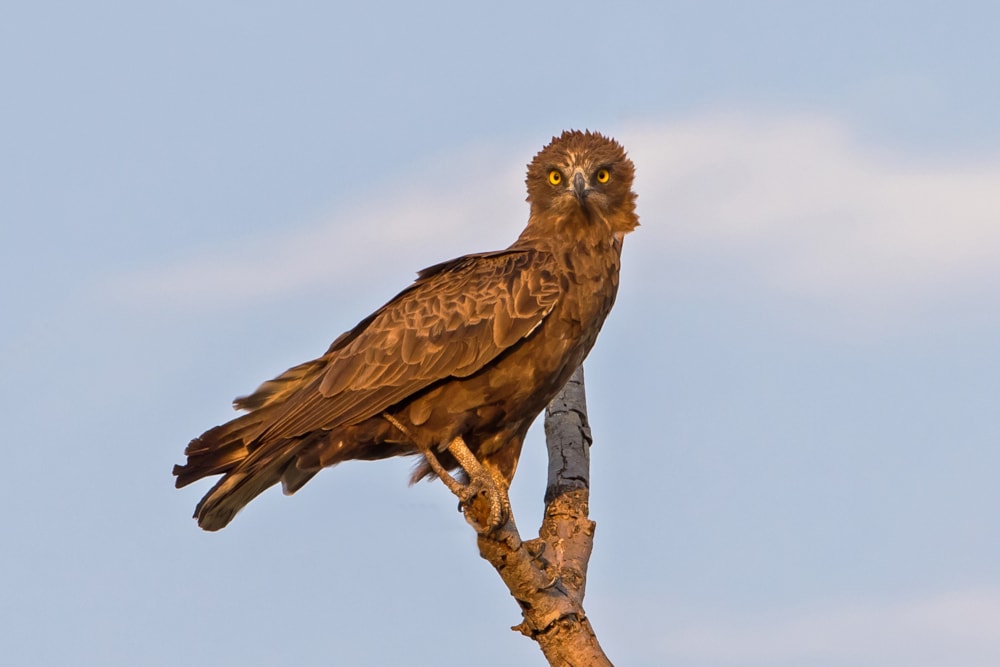 Brown Snake Eagle is one of the few species shown to be on the increase in Botswana (Peter Beesley).

The study findings also highlight the importance of historical data in countries where scarce funding resources result in limited species monitoring. The sharp declines contained in the latest survey would not have been observed without reference to Herremans's original survey, which actually covered a much wider area (about 31,000 miles of road); the repeat study concentrated only on the northern transects. Researchers would now like to repeat the remaining routes in the south of the country to explore whether these trends in the north represent the overall trends for the species concerned in Botswana.

Herremans said he was pleased that his data had proved valuable "and that they contribute to our knowledge of long-term changes in bird populations. It is sad, though, to learn that even in this country with so much of the land devoted to conservation, biodiversity is in steep decline", he added.