Many animal species detect and avoid predators by smell, but this ability has never before been studied in birds, since it was traditionally thought that they did not make use of this sense. However, its has now been discovered that birds are not only capable of discerning their enemies through chemical signals, but that they also alter their behaviour depending on the perceived level of risk of predation.

The use of smell to detect chemical signals can be useful for birds in various situations, such as feeding and orientation. However, they can greatly increase their chances of survival if they can tell whether or not the smell they have detected is associated with a predator. Luisa Amo de Paz, the study's lead author, explained to SINC that: "Birds can detect the presence of a predator" thanks to their sense of smell. Working as a biologist at the Spanish National Research Council's (CSIC) Natural History Museum while the study was carried out, Ms. Amo de Paz is currently working for the Netherlands Institute of Ecology. 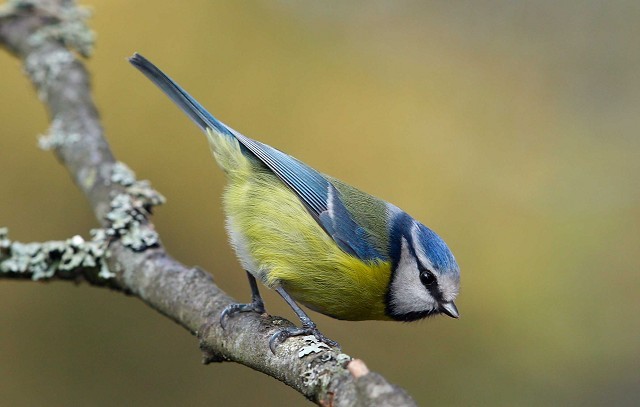 The research, published in the latest copy of Functional Ecology, provides the first ever evidence to show that birds are able to distinguish their predators using chemical signals. According to the researchers at the CSIC's Natural History Museum, this study "opens up a new and promising area of research in understanding numerous aspects of bird behaviour, which have been ignored until now". The sharpness of the sense of smell among certain birds, especially those that raise their young in holes in trees, such as some of the tit species, is essential for determining whether their major predators, weasels or martens, have got into their nests or are approaching, particularly because of the limited visibility inside their nests.

The researchers carried out an experiment with a population of Blue Tits that raise their young in nest boxes in Miraflores de la Sierra in the Sierra de Guadarrama mountains, in Madrid province. The researchers placed the scent of mustelids (ferrets) inside the nest boxes when the chicks were eight days old, and "the parents took longer to enter the boxes to feed their chicks, and they approached the boxes more often without going inside," Ms. Amo de Paz told SINC.

Thanks to the images captured by a video camera located several metres from the nest box, the scientists were able to work out the number of times the chicks were fed, and deduced that the birds did not feed their chicks on fewer occasions, although "they spent less time inside the nest while feeding their babies," according to the biologist. By spending less time in the nest box, the parents lessened the risk of predator attack while still feeding their chicks. 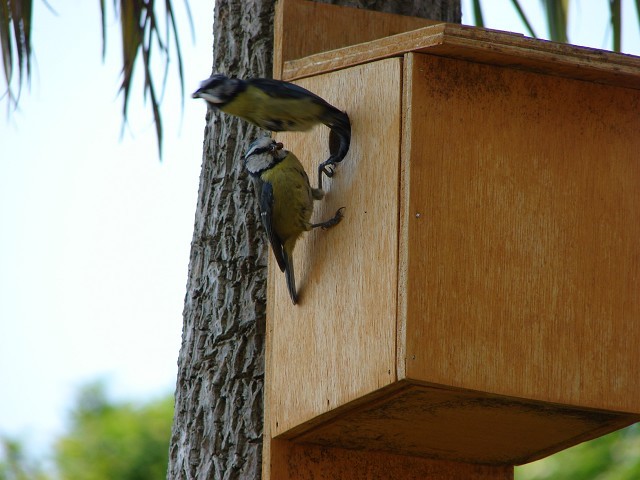 The biologists added the scent of Quail in other nest boxes in order to monitor the effect of a new smell on the Blue Tits' behaviour, and water in others to monitor the effect caused by moisture. This demonstrated that when the birds detected an unknown smell, such as that of the Quails, they did not wait such a long time before entering their nests, and did not reduce the amount of time spent feeding their chicks.

When the chicks were 13 days old, the scientists topped up the corresponding scent for each nest box, and measured the results again. Ms. Amo de Paz said this was to "see whether the ferret scent had had an effect on the chicks' physical condition", given that their parents had spent less time inside the nest. The conclusions show that the chicks' growth was not affected during the time they were exposed to the supposed predator. The researcher thus concludes that "birds are able to detect the chemical signals of predators and use these to weigh up the risk of predator attack".