A new study, published in the European Journal of Wildlife Research, looks at the first 18 years' data collected by Breeding Bird Survey volunteers to investigate how the populations of nine species of common mammal have changed at national and regional scales during this time. Bird surveyors have given the clearest picture yet of how nine of our common mammal species are doing. These are Grey Squirrel, Rabbit, Brown Hare, Mountain Hare, Red Fox, Reeves' Muntjac, Red Deer, Fallow Deer and Roe Deer.

The results show that populations of four deer species (Roe Deer, Reeves' Muntjac, Fallow Deer and Red Deer) all increased between 1995 and 2012. This is of concern given evidence that increased deer browsing in woodland can reduce the vegetation understorey and impact negatively on other woodland wildlife. In contrast, Rabbit numbers declined by 48% over the same period, following a large increase in Rabbit numbers before 1995 revealed by other studies. There are also fascinating regional differences in the trends for some species; for example, Brown Hare populations have declined by 50% in Northwest England but increased by 70% in the East Midlands. A significant increase in non-native Grey Squirrel numbers in Northwest England may be of concern, in relation to their potential impacts on native Red Squirrels that are now largely confined to Scotland. 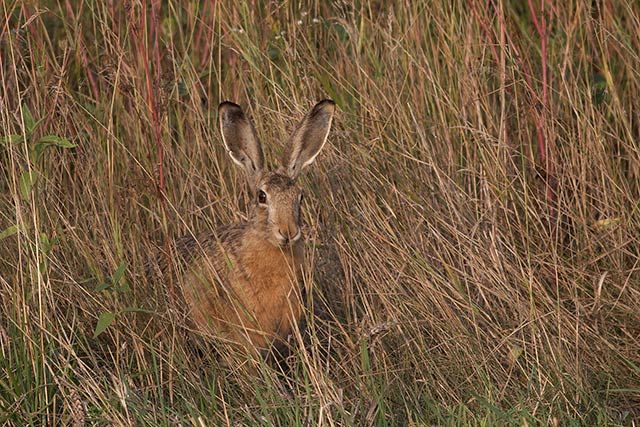 Mammals are an important part of the UK's biodiversity; several species are difficult to monitor and often require special surveys to determine their distribution or how their populations are changing over time. However, some widespread and easily detected species, such as deer, rabbits and squirrels, can be monitored on an annual basis as part of bird surveys. To fill in the gaps, volunteer birdwatchers taking part in the Breeding Bird Survey have been recording sightings of mammals, as well as birds, since 1995 on randomly selected 1km squares throughout the UK.

Lucy Wright, BTO, and lead author on the paper, commented: "This study highlights the value of the BTO's network of volunteers when it comes to monitoring groups other than birds. The group of species covered in this study are an interesting mix of rapidly spreading invasives and species, such as Brown Hare, which are of conservation concern. There are many important conservation questions that could be investigated using this long-term dataset, so look out for more about mammals from BTO in the future."