Bird photographer Alister Benn, and his wife Allie, resided in Lhasa, Tibet, for several months earlier in the year. This allowed them the opportunity to photograph birds in spectacular surroundings and with species such as Ibisbill on offer they made the most of the opportunity. What follows is a short photo essay of their forays on the roof of the World. 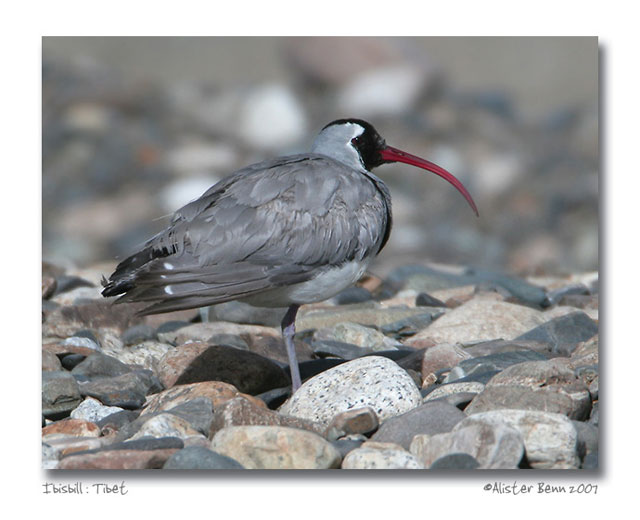 Lhasa: Very little snow falls during the winter in Lhasa; this shot was taken in late April, when the early monsoon rains from the south move north into the colder heights (photo: Available Light Images).

Tibet: few places on earth hold the same appeal or mystique. From the remote permafrost of the plateau, sometimes called the Third Pole, to the enigmatic Patola Palace towering over downtown Lhasa, it has become one of the most popular travel destinations in recent years. As the first trains strained across the Qinghai/Tibetan Plateau in July 2006, another layer of the inaccessibility was peeled away; now Lhasa was only 48 hours from Beijing, in oxygen-enriched sleeping cars. Daily flights haul millions of tourists annually to Lhasa from all over China, every one of them determined to cope with the altitude, see the sights and return to lower elevations with tales of Everest and thin air.

Situated at 3,650m (12,000 feet), Lhasa is high and few people who arrive there will not suffer some aspect of altitude sickness: nausea, headaches, shortness of breath, loss of appetite and sleepless nights. The physical stresses imposed by the altitude ensure that some get so sick that they have no alternative but to leave immediately. After a few days resting, and drinking copious fluids, the symptoms usually lessen, but they can reappear quickly if one overdoes it, or goes higher too soon. 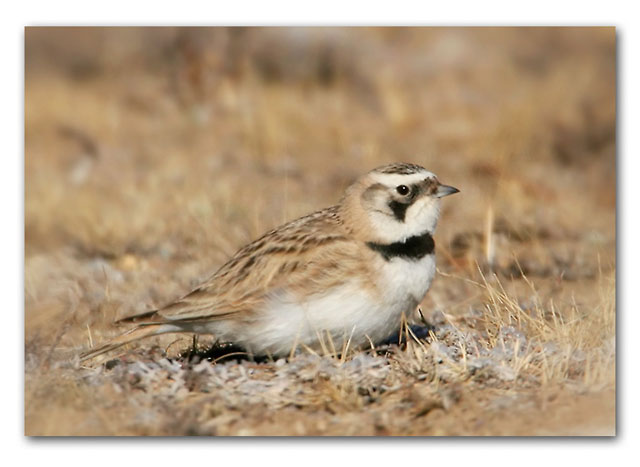 Everywhere from Lhasa is up; within an hour drive of the city we can be at 5,000m, and this is where we spent most of our free time. Very little site information was available, so we bought a 4x4 and simply headed out in search of our own birding destinations. 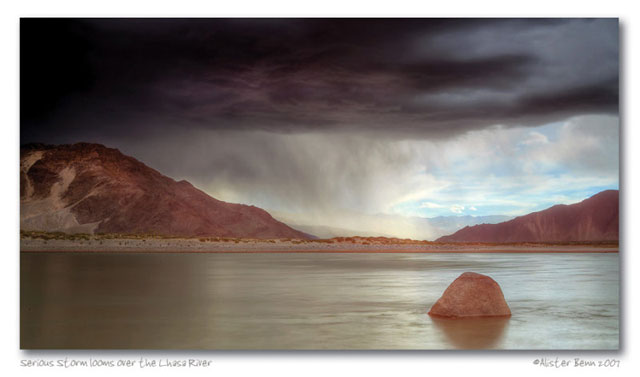 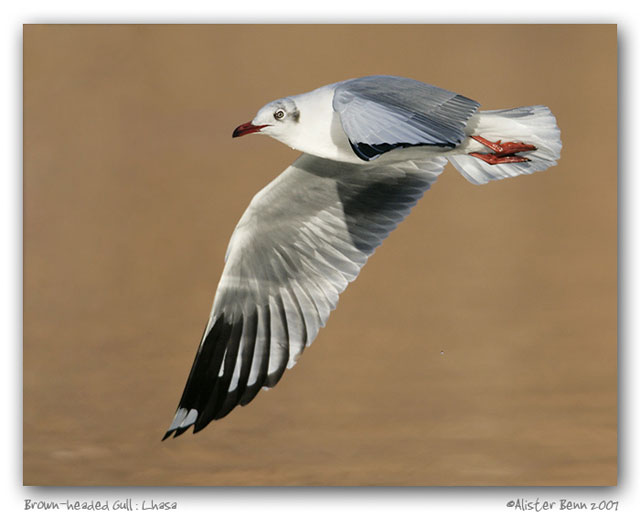 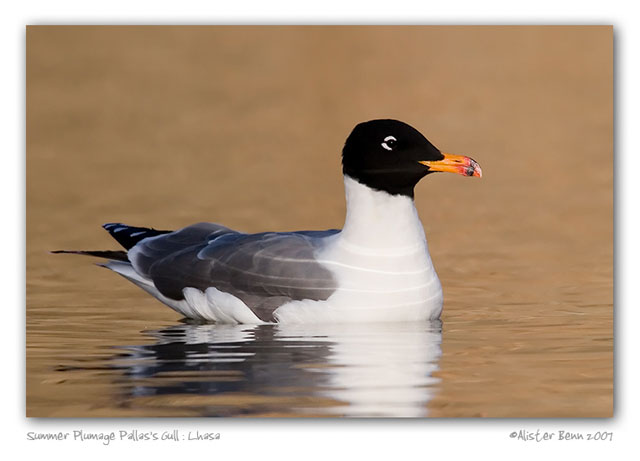 The city of Lhasa itself is compact, but hectic. Bicycles, taxis and suicidal pedestrians create a chaotic and stressful driving environment. The peak time for tourists is the summer, but we arrived in January when a lot more Tibetans are in town: the Yak are herded up to the greener pastures in the summer. There are a couple of ornamental lakes around the Potala and these had Great Black-headed (Pallas's) Gull and Brown-headed Gulls on them, in very good numbers, along with Goosander and occasional Bar-headed Goose. Brown Accentor and Robin Accentors seemed common around town in the winter, less so in summer, and Godlewski's Buntings and Twite were also seen. Red-billed Chough and Himalayan Griffon Vultures are common. On the west side of town is a large marsh/wetland, and on one occasion I had Pallas' Fish Eagle on there. On the river, alongside which the airport road wanders, thousands of Ruddy Shelduck, Goosander and flocks of Black-necked Cranes can be found. We also quickly found numerous Wallcreeper and regular Ibisbill. 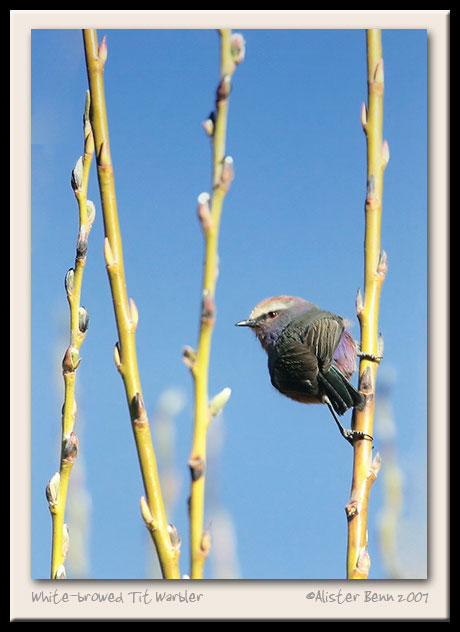 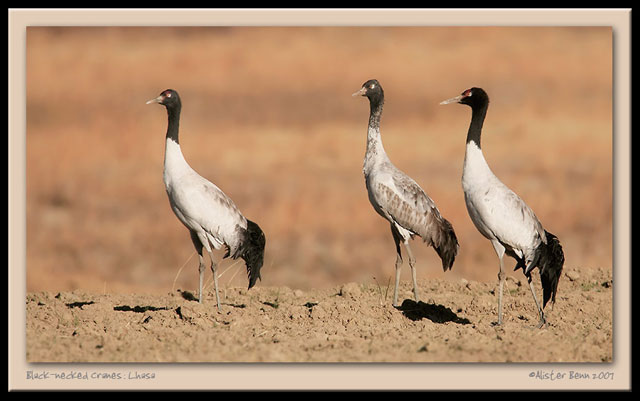 On our first drive out of town we saw White-browed Tit-warbler but on other days we failed to score. The eastern race of Black Redstart is very common, as are Clarke's Groundpeckers and Hoopoe. We were amazed just how abundant birdlife was when we got there. Winter seems much better than summer.

As we moved out of Lhasa in ever-widening circles, higher altitude species were found: Rosefinches, Snowfinches and Mountainfinches, all easy and tame. As we drove the four hours up to NaMuChuo (one of Tibet's three holy lakes), we finally came upon large flocks of Tibetan Sandgrouse, again super-tame and very easily photographed. 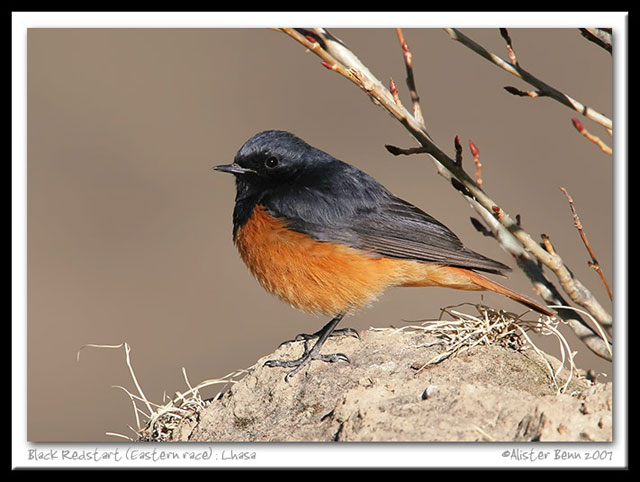 Other areas we have not yet journeyed to include the moist forests of the south east, close to the Bhutan border, where most of the Himalayan forest specialties can be found. These are about a day's drive from Lhasa. My wife made the trip west to the border with Pakistan and saw some good birds, but this area is pretty much closed to foreigners.

The only real considerations when travelling to Tibet are the altitude and the expense. The latter, for foreigners, can be an issue: hiring drivers and the ludicrous fees for permits to access certain areas. If you get the train no permit is asked for when you get on or off. Sometimes when you fly in, especially from Chengdu, they ask to see the permit.

Birding Tibet is fabulous, the thin air challenging and for photographers, tame subjects are available, usually in excellent light. Man-handling a 600mm lens at 5,200m can raise the heart-rate though!! 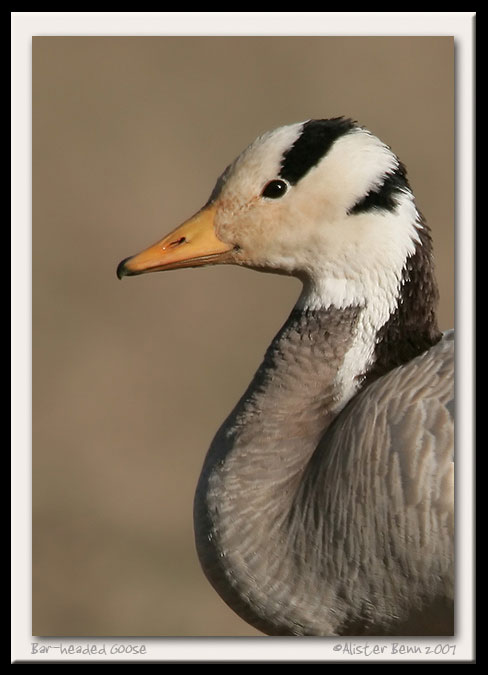